Is Brazil about to change the rules of diplomacy?

Is Brazil about to change the rules of diplomacy? 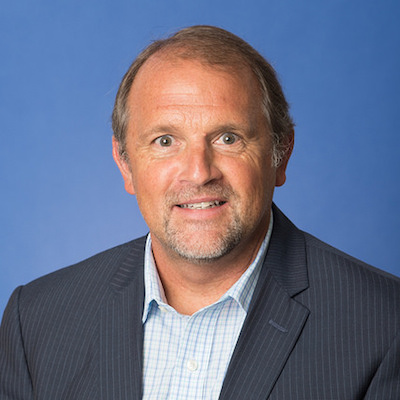 President Lula's government's rebalancing act has let loose a cascade of diplomatic initiatives and strategic partnerships with China, India, Russia and South Africa as well as a slew of cooperative agreements with the countries of sub-Saharan Africa and the Middle East.

China is now Brazil's largest trading partner, and both countries are committed to cooperation in science and technology — whether focused on energy or through such work as the China-Brazil Earth Resources Satellite (CBERS) project.

President Lula was quick to make his mark in Africa by visiting the prominent Portuguese-speaking countries of Africa, including Cape Verde, Mozambique and Angola, within the first year of his administration. Also, the Lula government arranged with China to share the capacity of the CBERS project so that African nations could benefit from satellite imagery.

As a consequence of these multiple diplomatic measures, Brazil now has more African embassies and more African diplomatic missions stationed in its capital, Brasilia, than any other Latin American nation.

Brazil also participates in the recently formed dialogue of "hyperpowers" that Goldman Sachs coined as the BRICs (Brazil, Russia, India and China). The BRICs continue to expand talks since their first summit last year in Yekaterinburg, Russia.

In April 2010, the BRICs’ heads of state met in Brasilia to further their dialogue and harmonize many of their positions on the challenging issues on the global agenda.

President Hu of China emphasized the important role of Brazil and noted that he sought to further political trust, expand cooperation and bring the China-Brazil strategic partnership to a higher level. Hu's comments reveal the key role Brazil now plays in these alternative forums for international deliberations and how important such forums are for facilitating consultations and potentially more cooperation among these hyperpowers.

The meetings of the BRICs are consultations, but such discussions reflect the Brazilian government's strategic posture to explore every opportunity to project a global diplomacy that rebalances international power in favor of a multipolar world governed by multilateralism — rather than coercion.

While the tangible results of Brazil's diplomacy are still subject to debate, especially among the field of presidential candidates wishing to replace Lula next year, it seems progress is underway.

Indeed, Arvind Subramanian, of the Peterson Institute for International Economics, concludes that, "The monopoly on power and influence wielded by the hegemon (the United States) and by the other advanced economies is being broken for real and for good. Key decisions will emanate less from conversations amongst a few and more from a wider group."

Brazil's diplomacy has carefully positioned the Lula government toward the center of this wider group that now challenges the major powers, including the United States, without taking on too many risks.

For Brazil, the G-20 is the culmination of its efforts to guide the nation's rise to the commanding heights of the global political economy. It is also seen as the confirmation that its strategic predisposition to engage in a non-conforming, but constructive and moderate, global diplomacy could very well play a pivotal role in retooling the international system and moving all parties toward "globalization for all."

The critics of President Lula's foreign policy will continue to complain about his utopian ideals, the costs of so many embassies and the perceived diplomatic distance with the United States and the EU. On the other hand, while the U.S. government and EU may not welcome Brazil's diplomacy, they are gradually calibrating their own foreign policies to accommodate it.

Yet, the best test for Brazil's diplomacy rests with the Lula government's controversial policy toward Iran and the nuclear challenge. Brazil is uniquely qualified to jump into the fray. The country does not have the bomb, but it is bent on advancing its own technology to enrich its national deposits of uranium while building reactors to help meet its rising energy demand.

Brazil is also a signatory to both the Treaty of Tlatelolco and the UN Treaty of Non-Proliferation of Nuclear Weapons (NPT) and a credible critic of this international regime's provisions that "freeze" the balance of power among those already armed with nuclear weapons without reducing the threat of their use.

Most importantly, if President Lula's diplomatic gambit pays off and the Iranian nuclear threat is defused, then expect the Brazilian government to double up on its efforts to push forward a reform of the UN Security Council and campaign for a permanent seat sooner rather than later.

This test is coming to a head with the apparent success of President Lula's visit to Tehran in May 2010, where Brazil and Turkey convinced the regime of Iranian President Mahmoud Ahmadinejad to cooperate with international efforts to enrich Iran's uranium for peaceful purposes along the lines approved by the UN last year.

The agreement between these three emerging powers includes a provision that requires the Vienna Group (the United States, Russia, France and the International Atomic Energy Agency) and Iran to come to a written agreement to ratify Iran's acceptance of the nuclear fuel swap with Turkey.

While the specific details of the agreement with Iran will not be disclosed until the Vienna Group endorses the deal, it is likely that this trilateral accord will stymie hardliners in the United States and Europe who sought the symbolism of additional sanctions against Iran in the UN Security Council.

Working together, the governments of Brazil and Turkey have turned the tables to challenge the United States and the Vienna Group to reach a constructive answer to the Iranian nuclear question.

If President Lula is successful in steering this controversy to a peaceful resolution in the coming months, then Brazil's diplomacy will have indeed arrived in the big leagues and shifted the battle lines of international power and authority to defeat the conventional wisdom — all without firing a shot.

Working together, the governments of Brazil and Turkey have turned the tables to challenge the United States and the Vienna Group about the Iranian nuclear question.

If President Lula is successful in peacefully resolving this controversy, then he will have shifted the battle lines of international power to defeat the conventional wisdom — all without firing a shot.

Working together, the governments of Brazil and Turkey have turned the tables to challenge the United States and the Vienna Group about the Iranian nuclear question.

If President Lula is successful in peacefully resolving this controversy, then he will have shifted the battle lines of international power to defeat the conventional wisdom — all without firing a shot.