What percentage of global CO2 emissions from human activity stems from deforestation and land conversion? 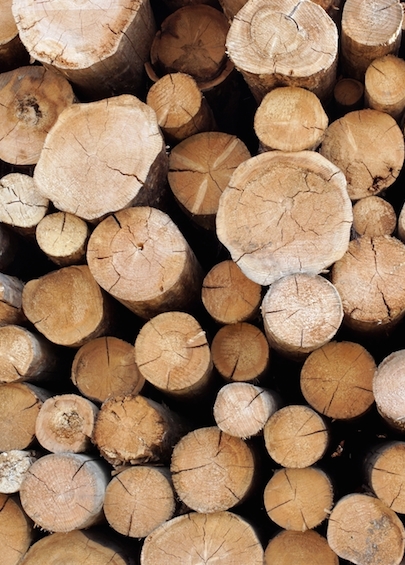 The December 2015 climate talks in Paris are focusing the world’s attention anew on the major global sources of greenhouse gas emissions. We wonder: What percentage of global CO2 emissions from human activity stems from deforestation and land conversion?

Although the exact share is disputed, at least 6% of greenhouse gases produced by human activity worldwide results from deforestation, forest degradation and land use change, according to the World Resources Institute.

The other major manmade sources of greenhouse gas emissions worldwide, as of 2012, were electricity/heating (31%), manufacturing/construction (13%), transportation (15%), agriculture (11%), other fuel combustion (8%) and industrial processes (6%), with other small sources accounting for the remainder.

Worldwide, forested areas equal to the size of England were clear-cut annually from 2000 to 2010. Some of this will probably never be returned to a forested state.

The good news, however, is that formerly forested areas collectively equivalent to an area twice the size of China can still potentially be restored as new forests.

Most deforestation or degradation is occurring in poor countries or emerging markets, such as Indonesia and Brazil.

To provide a solution, one major proposal supported by the United Nations, known as REDD+, is to pay developing nations not to cut down their trees (or to harvest timber more responsibly and conservatively). Preserving forests then becomes more profitable than clearcutting them.

Others contend that tropical deforestation can be prevented more effectively by direct bans – as demonstrated in India – and that forest preservation must be set as a goal of national policy, regardless of profit incentives.

18% is the share of the Brazilian Amazon that had been cut down by 2013 compared to pre-1970 levels – the period before massive clear-cutting began. This has played a crucial role in Brazil becoming the world’s seventh-largest greenhouse gas emitter.

The Amazon rainforest is being cleared for timber, mining, soybean farming, sugar plantations and cattle grazing, as well as for asserting legal claims to property by showing “development” on the land.

30% of global forest cover by land area has been fully cleared and 20% has been “degraded,” according to the World Resources Institute. Just 15% of global forests remain entirely intact. The remaining forests still partially exist, but in a more fragmented state than before human intervention.

Brazil’s climate action plan released in September 2015 is a continuation of its recent strong emissions cuts, but its deforestation pledge only tackles illegal logging, not vast legal timber harvests.

China and Europe are the two largest factors in the demand-side causes of deforestation, according to the NGO “Global Canopy Program” (GCP). Together, they account for 45% of all global commodities imports, measured by value, that put forests at risk.

China alone imports 22% of such commodities – such as palm oil, cattle, paper, soybeans or timber. All of these have been responsible for tropical forestland being cleared. China buys nearly 60% of all soybeans grown in forested tropical forest countries.

At present, many EU-based companies are working to reduce their supply chain dependence on, or investment in, commodities causing deforestation. Companies in India, China and Russia have generally not been active on these efforts.

The United States is a much smaller factor in tropical deforestation than either China or Europe, not least because it produces most of its own vegetable-based oils. What little palm oil is imported comes overwhelmingly from Malaysia and a bit from Indonesia. And most U.S. timber imports come from non-tropical Canada, which has achieved a 0.02% annual net deforestation rate.

After China and Europe, India is the next-largest demand-side contributor to tropical deforestation. The country accounts for 9% of the global imports of related commodities, including large volumes of palm oil and soybean oil.

As much as 79% of Indonesia’s greenhouse gas emissions result from the destruction of its carbon-rich tropical forests and peat bogs for conversion into palm oil plantations, other agricultural uses or land development, according to the World Resources Institute.

This is a critical problem because Indonesia, which only has the world’s 16th-largest economy, is now the world’s fifth-largest emitter of greenhouse gases. Burning of peat bogs in September 2015 released so much trapped carbon dioxide that Indonesia experienced spikes in which daily emissions exceeded those of the entire U.S. economy.

Indonesia also has the world’s third-largest tropical forest cover by area. Still, this forest cover has rapidly declined in recent decades. For example, the large Indonesian island of Sumatra went from 50% forested to 25% forested between 1985 and 2008.

Troublingly, many of the uses this newly cleared land is being diverted for (such as palm oil production) could actually be located on other sites with previously degraded or clear-cut land.

Indonesia’s September 2015 climate action plan for the December 2015 COP21 talks in Paris only promises emissions reductions against project 2020 levels, although it does include more pledges to limit deforestation.

Worldwide, forested areas equal to the size of England were clear-cut annually 2000-2010. #COP21

China & Europe are the 2 largest factors in demand-side causes of deforestation, according to @GlobalCanopy. #COP21

4 of every 5 tons of CO2 emitted by #Indonesia is from deforestation or peat bog loss. #COP21

Worldwide, forested areas equal to the size of England were clear-cut annually 2000-2010. #COP21

China & Europe are the 2 largest factors in demand-side causes of deforestation, according to @GlobalCanopy. #COP21

4 of every 5 tons of CO2 emitted by #Indonesia is from deforestation or peat bog loss. #COP21