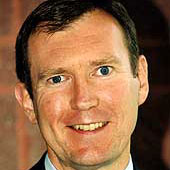 The evidence from a new study that I authored for the Cato Institute, Trading Tyranny for Freedom: How Open Markets Till the Soil for Democracy, finds that those assertions rest on solid ground — in theory as well as the real world. Click here for a quick overview of how the study was conducted.

The connection becomes evident when countries are grouped by quintiles — or fifths — according to their economic openness.

Of the 25 rated countries in the top quintile of economic openness, 21 are rated “Free” by Freedom House — and only one is rated “Not Free.”

In contrast, among the quintile of countries that are the least open economically, only seven are rated “Free” and nine are rated “Not Free.”

The chart below produces its share of strange bedfellows. Despite their ideological and diplomatic differences, the United States and France occupy almost exactly the same real estate in terms of political freedom and economic openness.

Both are free politically — and yet both still carry their share of protectionist baggage, landing them in the second rather than the “Most Open” quintile.

Among the other countries in the second quintile that are still only Partly Free in their politics are three Muslim states — Indonesia, Bahrain, and Malaysia —joined by Nicaragua and Uganda.

Other interesting groupings are those countries that are free politically but in the middle quintile in openness: Despite dramatic progress, Mexico, Poland, and South Africa still have a ways to go before consolidating their political and economic gains.

Members of the European Union represent more than half of the countries belonging to the top club of nations that are free politically and also the most open economically, realizing the post-war vision of a democratic Europe bound together by commerce.

Joining them are four of the most EU-ready countries of central and eastern Europe — the Czech Republic, Estonia, Hungary and Slovak Republic — but also two South American countries: Chile and Guyana.

Oman and the United Arab Emirates are two oil-rich Gulf States that have liberalized and opened their economies, but not (yet) their political systems.

A key lesson from the cross-country data is that governments that grant their citizens a large measure of freedom to engage in international commerce find it dauntingly difficult to simultaneously deprive them of political and civil liberties.

A corollary is that governments that “protect” their citizens behind tariff walls and other barriers to international commerce find it much easier to deny those same liberties.

Another lesson from the study is this: When debating trade policy, governments and legislatures — especially in the developed countries, such as the United States or Europe — cannot ignore the broader foreign-policy implications of trade.

By opening markets at home and encouraging freer trade abroad, they not only promote economic growth — but also a more humane and democratic world.

Free trade and globalization do not guarantee democracy and respect for human rights. But they do provide a more favorable trade wind for achieving those goals.

Conversely, politicians who consistently vote against more open markets at home and market-opening trade agreements with other nations need to realize the effects of their actions.

They are, in effect, voting to keep millions of people locked within the walls of tyranny — and millions more trapped in a partly free netherworld of half-rights, half-freedoms and half-democracy.

A New “Credo” for Humankind