Equality Is Never Having To Say You Are Sorry (Part II)

Are apologies for racial abuses enough — or are reparations necessary?

Are apologies for racial abuses enough — or are reparations necessary? 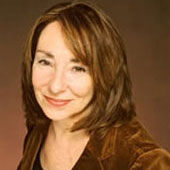 Today's apologies for past abuses — to immigrants, slaves or indigenous peoples — prompt nervous concerns that recriminations will lead to reparations.

Yet, many forget that the United States paid out in the past.

Although a Chinese man could not testify against a white man or serve on a jury, in 1886, 50 Chinese men and two Chinese women sued the city of Eureka, California, for $132,000 for being driven out of town by a mob during one brutal weekend. In another successful case, the Chinese who survived a massacre in Rock Springs, Wyoming, won hundreds of thousands of dollars from Congress.

In all, Chinese immigrants who survived vigilante violence won nearly half a million dollars in reparations.

Other victims of state-sanctioned racism won costly recompense. In 1988, the U.S. government paid $20,000 each to 82,210 Japanese Americans imprisoned in "relocation" camps during World War II.

As a form of reparations for genocide and forced migration, many Native American tribes are exempt from bans on casinos. Where railroad workers once lived, Sacramento's Yee Fow Museum has negotiated with the city and with developers to build a Chinese Cultural Center over the Amtrak parking lot.

To commemorate the 1886 purge of the entire Chinese community in Tacoma, Washington, the Army Corps of Engineers donated four acres of breathtaking land on Puget Sound for a Reconciliation Park. Its grotto, garden and tall pillars describe the Trail of Expulsion — so those who visit the park may never forget.

The U.S. Congress authorized $30 million in restitution for Holocaust survivors and their dependents. The money was also used to locate assets and art that were looted or extorted from Holocaust victims. Demands by Jews for financial compensation for the Holocaust continue, and both Swiss and Israeli banks now face charges that they have hidden or withheld monies paid by Germany — both for redress and straightforward restitution.

Monetary compensation will never offer full equity for irreparable losses. Alternatives to apologies and reparations include the Australian “restorative justice conferences” between representatives of the state and victims of racism or their descendents.

In South Africa, some have found contrition as well as information in the Truth and Reconciliation Hearings — although money and land did not change hands. Elsewhere, community service performed by the offenders may also provide racial healing.

Private companies have also been held accountable for slavery — specifically, for the sale of human beings. JP Morgan Chase disclosed that two of its predecessor banks in Louisiana had allowed 13,000 slaves to be used as collateral. When the loans defaulted, these early banks took ownership of 1,250 slaves.

In response, Chase created a $5 million college scholarship fund for African American students in Louisiana. Wachovia Bank has also apologized for the profits it inherited from its predecessors' ownership of slaves.

Internationally, the apologies continue to flow. Canada’s Prime Minster Stephen Harper apologized for the 1885 "Head Tax" that imposed a fine of $50 to $500 (Canadian dollars) on each Chinese immigrant — and banned all immigration from China until 1947.

In 2006, Harper also offered $20,000 compensation to the 20 surviving Chinese who had paid the tax and to 250 of their widows or widowers. Chinese Canadians then demanded the same redress for the 4,000 elderly, surviving heirs. However, in the end, only 785 people received compensation.

In 2005, New Zealand apologized to the Maori people for the Treaty of Waitangi, which gave Britain full colonial rights to Ngati Tuwharetoa (Bay of Plenty), the Maori homeland.

Yet, many whose ancestors suffered from slavery, abuse and racial violence believe that many nations still have a long way to go. In one of his final gestures as prime minister, Tony Blair announced in 2006 that he felt “deep sorrow” for England's role in the slave trade, which he personally found "profoundly shameful.”

But even as Mr. Blair launched Great Britain's public commemorations of the end of its slave trade — marked by museum exhibits and academic conferences — he stopped short of a state apology.

Since 1990, Japan has offered apologies for the forced prostitution of 200,000 Korean and Chinese "comfort women" (enslaved sex workers) during World War II. But many Chinese and Korean women forced to serve the Japanese military rejected the money because it was funded by private donations. They demanded that the government itself be accountable.

Even as Japan continues to apologize, former Prime Minister Shinzo Abe denied that the Japanese military ever forced women into sexual slavery. Japan's former education minister, Nariaki Nakayama, even declared that he was proud that his government had removed all references to “wartime sex slaves” from students' history texts.

Australia held its first annual "Sorry Day" on May 26, 1998 to apologize for the “Stolen Generations." These were aboriginal children seized from their families to be raised in missions or reform schools to inculcate them "in European values and work habits" so they could be employed in service to the colonial settlers.

In the 1990s, the government gave out “Sorry Books” where indigenous people could record their feelings about their lost childhoods. Aboriginal leader Noel Pearson responded by saying, “Black fellas will get the words, the white fellas keep the money”.

South African author Achmat Dangor writes that a "happy nation" has no memory; trapped between the future and the past. He explains, "We want to forgive but we don't want to forget."

Apologies should recall the true violence of slavery, expulsion and anti-immigrant violence. States should vow that their governments will never again purge immigrant workers. Then equality will mean never having to say you're sorry.

Editor’s Note: This is the second of a two-part series. Read Part I here.

Even as Tony Blair launched Great Britain's public commemorations of the end of its slave trade — marked by museum exhibits and academic conferences — he stopped short of a state apology.

Australia held its first annual "Sorry Day" to apologize for the "Stolen Generations," aboriginal children seized from their families to be raised in missions or reform schools.

JP Morgan Chase and Co. disclosed that two of its predecessor banks had allowed 13,000 slaves to be used as collateral.

Even as Tony Blair launched Great Britain's public commemorations of the end of its slave trade — marked by museum exhibits and academic conferences — he stopped short of a state apology.

Australia held its first annual "Sorry Day" to apologize for the "Stolen Generations," aboriginal children seized from their families to be raised in missions or reform schools.

JP Morgan Chase and Co. disclosed that two of its predecessor banks had allowed 13,000 slaves to be used as collateral.

Equality Is Never Having To Say You Are Sorry (Part I)