Europe’s democrats must end the almost religious hold of the EU technocrats. 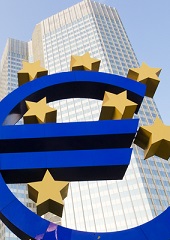 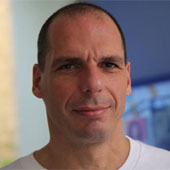 EU officials regularly defend their position in a manner that is simultaneously Jesuit, Orthodox, Catholic and Calvinist:

1. It is Jesuit in the sense that bureaucrats, like Mr Olli Rehn, habitually prove every proposition and its contrary depending on how events pan out.

2. It is Orthodox in that economic analyses are accepted only to the extent that they suit the purposes of prophecy.

3. It is Catholic because of a presumption that debt must condemn whole nations to some institutional purgatory in which collective suffering will deliver them from the sin of debt.

4. And it is Calvinist in the sense of excluding more and more Europeans from the circle of the select, until those left inside it would achieve salvation through faith in the impossible idea of recovering via universal austerity.

The American institutionalist Clarence Ayers once wrote, as if he were referring to our EU officials, that: “They pay reality the compliment of imputing belief to ceremonial status, but they do so for the purpose of validating status, not for the purpose of achieving efficiency.”

If this assessment is valid, the conclusion is rather bleak: For Europe to get on the mend, it will not be a simple matter to defeat the unholy alliance between skilled ‘technocrats’, run-of-the-mill Brussels apparatchiks, cartel-like heavy industry, the large banks that have grown ever so reliant on EU generosity and the local politicians, who have their own cosy relationship with bankrupt local bankers.

Rather, it will be a very big battle, a grande bataille, as the French would put it. To succeed will take all the powers of Europe’s collected democratic forces. The outcome will define Europe’s future. And the odds of success for the forces of democracy are long indeed.

EU officials defend their position in a manner that is simultaneously Jesuit, Orthodox, Catholic and Calvinist.

EU officials defend their position in a manner that is simultaneously Jesuit, Orthodox, Catholic and Calvinist.