Australia’s former Prime Minister on how World War I has much to answer for a century later. 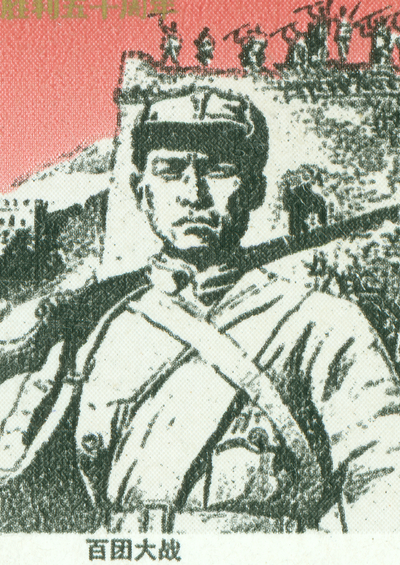 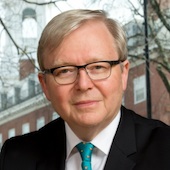 We live in times of profoundly shifting tectonic plates. To cope constructively with the challenges facing the current international order requires the skills of the historian to understand what is new for our time and what is not.

It also requires increasingly the skills of the philosopher to ponder deep questions of the values that underpin different concepts of order, as these all affect the nature of the future international system as well.

In this regard, for the entire Western world, few issues matter more than China’s long view, especially as far as Western interactions are concerned. We should focus on three main points:

The first fact is that European imperialism in the course of the 19th century – over less than three-quarters of a century – ended up destroying imperial China, a system of government with a continuing political personality spanning some 2,100 years.

That was no small achievement, even for the Europeans. Europeans effectively delegitimized the Qing Empire. That process started with the Opium Wars in 1839-1842. It ended with the suppression of the Boxer Rebellion in 1901.

China’s last dynasty collapsed only a decade later in the Xinhai revolution of 1911. European imperial behavior over the course of the 19th century affects China’s national historiography to this day.

Simply put, it created a profound sense of grievance with the collective imperial West. In turn, that has created in the Chinese mind a sense of righteous cause about its own rise today as it pertains to its re-emergence as a – and perhaps prospectively the – global great power.

The damaging behavior at Versailles

The second fact is that, through the subsequent behavior of the Western great powers at Versailles in their deliberations and conclusions on the post-war global settlement in 1919, the Europeans also managed effectively to destroy the legitimacy of the early Chinese Republic. That, too, has consequences to this day.

How did that happen? By 1916, the Triple Entente had convinced the infant Chinese Republic, barely five years after its inception, to enter the war against Germany.

Back then, in language that sounds very familiar now, they were called upon to behave as a responsible member of the international community and support the allied cause.

It is little known on the European continent that, as part of WWI, the Chinese actually dispatched several hundred thousand workers, manual workers, to dig trenches and undertake all sorts of dangerous work on behalf of the allied cause. Many were killed in action. Many more through disease.

When the war concluded, the Chinese sent a delegation to Versailles. However, they were kept in the waiting room and never admitted to the full negotiating table. Worse, deliberations at Versailles decided that former German colonies in China would not be returned to China, but they would be handed instead to Japan.

That single event delegitimized the early Chinese republic at home, resulting in large-scale student protest movements in Peking and two years later, the formation of the Chinese Communist Party.

Democratic politics, at home and abroad, had not only failed to deliver China’s most basic national interests. Versailles also legitimized, in the eyes of Tokyo, international support for Japan’s ambitions over time to become the future imperial masters of Asia.

When we later saw the full-scale Japanese invasion of China in the 1930s and the rest of Asia in 1941, this reflected a mindset on Japan’s part that it was simply replacing European colonialism with a better form of Asian colonialism.

What Japan learned from the Europeans

Japan had learned from the Europeans that “there was nothing intrinsically wrong with imperialism,” that it was almost the natural order of things. The Japanese also learned that possession of an empire was, it seemed, the necessary prerequisite for great power status in the world at large.

The success of the Japanese invasion of China was also decisive in the long-term delegitimization of the second Chinese Republic under Chiang Kai-shek.

The Japanese success fundamentally weakened the KMT (Kuomintang) Government in terms of its popular support throughout the 1930s until Japan’s final defeat by the Americans in 1945. The KMT, despite its military superiority, lost the subsequent civil war to the Communists.

In China, therefore, the historical reverberations of Versailles continue to this day, not just in the continued political success of Communist Party rule in China, but also in the current state of Sino-Japanese relations.

The third issue to ponder is this: A century after the outbreak of WWI, what does all this mean for today — with a resurgent China with the largest global economy (in PPP terms) and the world’s second largest military?

Given this sorry history of Western imperialism in China, the question for Europe and the wider West as a whole is that China today looks at the post-1945 global order. The basic question from Beijing is this: Why is it that a Western-made order is somehow inherently legitimate?

The Chinese realize that there are distinct advantages to the current order, such as open economies. But they also know full well that they were not around the negotiating table in 1945 when this order was drafted. Or at least the People’s Republic was not.

So when the U.S. government and leading U.S. public intellectuals often refer to the need of China’s accepting its future role as a responsible global stakeholder, the Chinese often find it difficult to accept.

In Chinese minds, when they embraced that concept a century ago through their participation in the first World War, they were not only not rewarded for it. They were punished for it.

Given China’s national historiography and its collective national memory, it may be useful for Westerners to understand the future of the global order from a Chinese perspective.

We may not agree with the policy conclusions that may come from it, but it is respectful and useful to understand its genesis.

It is more useful to understand China’s perspective than, high-handedly, as a demander, to simply expect China to buy into the Western canon of values and the order based on it. The fact that we somehow believe it is self-evident and that it is better than anything else on offer cannot suffice.

Engaging with the world

This has profound implications to this day. On the one hand, China’s Foreign Minister and the Chinese State Councilor for Foreign Affairs openly state that China, with its emerging global presence, must now engage in further reform of the global order.

Such engagement would not just mean buy-in as a “stakeholder” to the existing order constructed under the aegis of Western geo-political power. In China’s view, the order must be made “more fair and just” for the future.

While the Chinese quite deliberately leave it unclear and undefined what precise changes this might require, what is clear is that their aspiration for change is shared by other developing countries beyond the West as well.

For these reasons, as well as the breakdown in the relationship between Russia and the United States, the time has come for deep international reflection on the future of the order itself.

Henry Kissinger rarely writes books for fun. His recent book on “World Order” reflects that he, too, senses an emerging crisis in the current order that must be addressed. Crises of legitimacy. Crises of effectiveness.
A century on, the “War to end all Wars” indeed has much to answer for.

In WWI, several hundred thousand Chinese workers undertook all sorts of dangerous work for the allies.

The Chinese sent a delegation to Versailles but they were never admitted to the full negotiating table.

In 1919, the Europeans also managed to destroy the legitimacy of the early Chinese Republic.

In WWI, several hundred thousand Chinese workers undertook all sorts of dangerous work for the allies.

The Chinese sent a delegation to Versailles but they were never admitted to the full negotiating table.

In 1919, the Europeans also managed to destroy the legitimacy of the early Chinese Republic.