What lessons does the revival of Fiat hold for all of Italy? 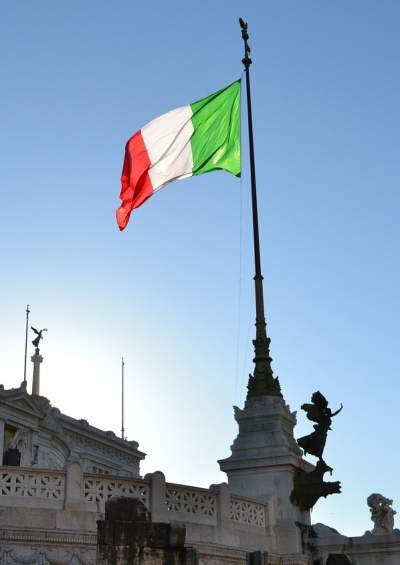 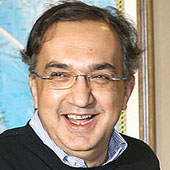 Sergio Marchionne was the Chief Executive Officer (CEO) of Chrysler Group LLC. He also was the CEO of Fiat S.p.A.

Editor’s Note: This text first appeared on The Globalist on December 8, 2011. We are republishing it today to reflect on the sudden death of Fiat’s Sergio Marchionne.

Until recently, the Greek crisis seemed to be the biggest problem in Europe. Today, it is, relatively speaking, unfortunately only a minor concern, considering the pressure of events in Italy.

We all know that the default of a country the size of Italy would be too dangerous to even contemplate. It would be indigestible and would put the entire European banking system in serious jeopardy. It would also almost inevitably result in the disappearance of the euro.

We cannot — and we must not — accept this catastrophic scenario. And to this end, we need a strong and joint effort by both Italy and Europe.

What’s ahead for Italy

Italy must show determination and rigor to restore its public accounts, and make structural reforms to its pension and labor markets, building the basis on which the country can once again, at some point in time, start to grow. Italy urgently needs to respond now with facts, instead of announcements and promises.

The best chapters of Italian history have been written by people who knew how to weave intelligence and vision — who were able to fight for change, instead of protecting the status quo.

Key in any of these efforts to “reinvent” Italy is business and the economy. I have no magic recipe or advice to give to those who have the political responsibility of remaking Italy for a solid future.

What I can do is share with you the recent history of Fiat and the experience we went through, hoping that it will be of some help in today’s debate.

At the time of Fiat’s own crisis in 2004, the company was self-referential, isolated and, in a certain sense, even protected within the safe confines of Italy. It had lost contact with reality and with the market. What it failed to realize was that its survival simply depended on its ability to compete.

Management seemed trapped in a vertical, hierarchical structure, where decision-making processes were slow and the management model only added complexity to an already difficult business.

We dismantled that rigid structure, making it flatter and more agile. We placed customers and products back at the center of our strategy. But most importantly, all of these activities were centered on a new concept of leadership — the key element in managing people and change.

It’s not about the cost of labor

This enabled us to set out on a new course of extraordinary growth that saw Fiat keeping pace with the market, gaining market share and turning out profits. From losses in excess of €2 million per day in 2004 (weekends included), by 2008 we were achieving about €10 million in profit per day.

What emerged from this experience was that the true cause of Fiat’s operating losses was not the cost of labor, which accounted for 6-7% of the total product costs. It is not by simply laying people off that an organization becomes more efficient. The cost of labor per se does not account for the difference between a competitive organization and one that is relegated to the sidelines. The causes lay elsewhere.

Fiat’s path to rehabilitation and growth initiated in 2004 came to an abrupt halt with the outbreak of the global crisis in 2008. Fiat, like everyone else, had to come to terms with a world that had been completely turned on its head. The principal assumptions upon which our plans were based had been swept away overnight.

Find an equilibrium between industrial logic and social responsibility

However, the methods used by Fiat to manage the crisis in 2004 and in 2008 have much in common: the same effort to find an equilibrium between industrial logic and social responsibility, the same conviction that the company could be made more competitive, while at the same time protecting workers.

Faced with these dramatic circumstances, we did everything in our power to minimize the impact on our people. We used all of the temporary labor mechanisms at our disposal. Hence, not even when we were in the very midst of the 2008 crisis, did we resort to permanent redundancies. This was enough to pigeonhole me as a social democrat, someone who, by European political standards, is aligned with labor.

The other effect of the 2008 crisis is that it forced us to accelerate a rethink of our business model. Fiat was too small, too tied to the small car segments and too dependent on the European market to have any chance of survival.

It was imperative that we find new ways of sharing costs and expanding the product range, as well as find new opportunities and reach new markets. And that was when we seized an opportunity the likes of which we will probably never see again: the alliance with Chrysler in the United States.

Europe at a crossroads

While I don’t want to overstretch the parallels, much in the story of the remaking of Fiat proves that despite the pent-up problems of Italy and various other parts of Europe, nothing is impossible.

The current crisis has brought Europe to a critical crossroads, obliging all member states to reflect seriously on the purpose and nature of the Union and decide whether they are willing to recommit to a European future.

This would require members to overcome national oppositions, give up some of their national sovereignty to make a stronger Union and agree to follow a common way to manage the economy.

I think this would be the only path to exit the EU’s “age of incompleteness.”

Editor’s note: This article was adapted from the author’s address at The Council for the United States and Italy’s Seminar 2011 in Washington, D.C., on November 30, 2011..

Much in the story of the remaking of Fiat proves that despite the pent-up problems of Italy and other parts of Europe, nothing is impossible.

We did everything in our power to minimize the impact on our people. We used all of the temporary labor mechanisms at our disposal.

The default of a country the size of Italy would almost inevitably result in the disappearance of the euro.

Sergio Marchionne was the Chief Executive Officer (CEO) of Chrysler Group LLC. He also was the CEO of Fiat S.p.A.

Much in the story of the remaking of Fiat proves that despite the pent-up problems of Italy and other parts of Europe, nothing is impossible.

We did everything in our power to minimize the impact on our people. We used all of the temporary labor mechanisms at our disposal.

The default of a country the size of Italy would almost inevitably result in the disappearance of the euro.

US: The Incredible Cowardice of the Democrats