Russia is rapidly aligning itself with new allies in the East, hoping to gain dominance in Eurasia. 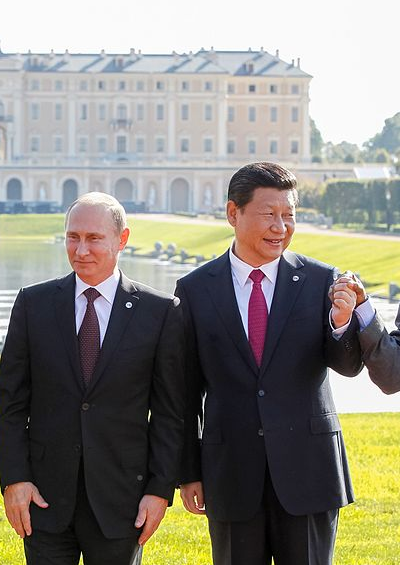 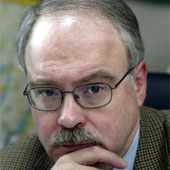 The rupture between Russia and the West stemming from the 2014 crisis over Ukraine has wide-ranging geopolitical implications.

Russia has reverted to its traditional position as a Eurasian power sitting between the East and the West, and it is tilting toward China in the face of political and economic pressure from the United States and Europe.

Moscow is now closer to Beijing than to Berlin. This does not presage a new Sino-Russian bloc, but the epoch of post-communist Russia’s integration with the West is over.

In the new epoch, Russia will seek to expand and deepen its relations with non-Western nations, focusing on Asia. Western leaders need to take this shift seriously.

Russia’s foreign policy has traditionally sought to create balance in Moscow’s relations with all key players around the world, starting with the United States, China and Europe.

Its outreach to the Asia-Pacific region was initially meant to add to, not subtract from, the Euro-Atlantic dimension of Russia’s foreign policy.

And even within the region, Moscow was looking for a balance in relations with the key powers such as China, India and Japan. In 2014, after the Crimea invasion and the West’s response to it, this elaborate architecture took a big hit, and the balance was lost, at least for the time being.

Before the events following the Maidan revolution in Ukraine unfolded, Putin envisioned an economic and political link between Russia and Germany that could potentially have formed an axis. It was a vision of what Putin called a “Greater Europe,” an economic, cultural and security space from Lisbon to Vladivostok.

In that scheme, Russian natural resources would have been linked to European industries and technologies, with Russia providing the EU a geopolitical and strategic channel to Asia and the Pacific.

However, the idea of such a union with an authoritarian Russia, attractive as it was to the German business community, evoked much skepticism in Germany’s political class and the media.

In the end, Chancellor Angela Merkel cold-shouldered it.

As a result, the key relationship with Germany is now broken. Since 1989 — when then general secretary Mikhail Gorbachev put forward the idea of a “common European home” and then allowed Germany’s reunification — Russia had been moving toward some form of a loose association with Western Europe, centered on Germany. But by 2014, it had become alienated from its principal foreign partner.

All things considered, China turned out to be the biggest beneficiary of Russia’s conflict with the West.

On the face of it, Russia’s actions violated the principles of Beijing’s foreign policy. However, the Chinese leaders could not ignore the events in Kiev that had precipitated Moscow’s reaction.

To them, a Western-supported color revolution, like Ukraine’s Euromaidan protests, was a bigger threat to stability, including potentially China’s own, than Moscow’s response.

For at least some Chinese officials, Putin’s resolve in dealing with Crimea was something to be admired, even emulated.

Most important, confrontation between Russia and the United States relieved China of the potential concern that Putin’s pragmatism might lead Moscow to seek an understanding with Washington.

China, of course, did not want to back Russia outright. Siding with Moscow would damage Beijing’s central relationship with Washington.

In a rapidly changed environment, Beijing came to be seen by Moscow as a source of money, investment and even some technology.

With Western sanctions in place, China was left as the largest economy outside the anti-Russian coalition. In addition, since 2009, China has been Russia’s number one trading partner, with two-way trade reaching $95 billion in 2014.

The West-East swing by Russia has coincided with China’s foreign policy becoming more active. Under President Xi, China has reached a platform from which it can be more assertive in promoting and defending its interests.

China’s relations with the United States are becoming increasingly competitive. The expansion of China’s power in the East, toward the Pacific, is hampered by the U.S.-led system of alliances.

The road to the West, however, is free of U.S. interference and promises to enhance Beijing’s access to resources and markets and also to boost its influence in continental Asia. Closer ties with Russia fully fit into this strategy.

Russia’s turn to Asia is above all an embrace of China. But Russia has also embraced China for lack of other viable partners in the region.

Japan, which had been working toward some kind of strategic accommodation with Russia until Prime Minister Abe met with Putin at the Sochi Olympics in February 2014, had no option but to show solidarity with its sole ally, the United States, on the issue of sanctioning Russia after Ukraine.

Putin’s visit to Japan, scheduled for the fall of 2014, was postponed and expectations of a peace treaty and a border settlement to finally close the book on World War II receded.

It did not help that the Russian Navy held exercises with China’s People’s Liberation Army Navy in the East China Sea, and Beijing and Moscow are planning joint celebrations in 2015 to mark the 70th anniversary of the defeat of Japanese imperialism and militarism in the Second World War.

More allies in the East

Russia’s relations with South Korea have sustained less damage as a result of the Ukraine crisis than those with Japan. Moscow has become more active in Pyongyang to increase its bargaining power with Seoul, which it needs as a source of technology and investment.

But there are limits to what the Russo–South Korean relationship can contribute to Russia’s development of its eastern territories and to what Washington would permit Seoul to do with Moscow.

Similarly, other U.S. allies in the region with highly developed economies—Singapore and Taiwan—have to be careful when engaging with Moscow to avoid running afoul of Washington.

Where these worries are less relevant, Russia has yet to put its traditionally friendly relationships on a qualitatively new level. This refers above all to the two other strategic partnerships Russia keeps in Asia: India and Vietnam.

Moscow has yet to respond to Indian Prime Minister Narendra Modi’s overriding interest in spurring India’s economic development. The pattern of Russo-Indian relations has barely changed since the days of the Cold War.

Moreover, Moscow is in danger of being crowded out of New Delhi’s foreign policy priorities. In addition, Russia’s greater reliance on China in the face of confrontation with the United States may take a toll on these ties.

Vietnam is clearly important to Russia, but it is a middle power. Vietnam is Russia’s gateway to the Association of Southeast Asian Nations (ASEAN), which Moscow has been seeking to engage.

Yet, Russia’s means for building a strong relationship with Southeast Asia are still fairly limited because of Russia’s economic and financial weakness.

Moscow also needs to step more carefully in its dealings with Hanoi now to avoid upsetting its relations with China.

The mantra in the West has long been that the Sino-Russian partnership would remain limited and that both China’s and Russia’s interests in good relations with the United States far outweighed their interest in each other.

If these beliefs have ever been reality, they are not so now. China and Russia share not only a host of fundamental interests but also, increasingly, elements of a common worldview.

At the top of the list is the importance of a strong state that enjoys full freedom of action internationally. This makes the survival of the existing political regimes in both countries the key priority for Moscow and Beijing.

Both the Kremlin and Zhongnanhai view perennial Western campaigns in favor of democratization and human rights in their countries as U.S. policy tools designed to destabilize them.

Russian and Chinese leaders both resent Western government criticisms and denounce what they see as biased Western media coverage, foreign funding for nongovernmental organizations and the use of Internet mobilization techniques to foment revolution. They interpret all this as aggression against their sovereignty and seek to limit or terminate it.

In 2011–2012, Vladimir Putin blamed street protests in Moscow on U.S. support for Russian civil society. In 2014, Beijing saw a foreign hand behind the protest movement in Hong Kong.

With Moscow no longer able to straddle the West and non-West divide, the Chinese and Russian assessments of Washington’s global policy have strikingly converged.

There is an important distinction, however. Based on its growing power, China is seeking to restore its “natural” historical position of preeminence in Asia and eventually globally.

Meanwhile, Russia is no longer in the running for world primacy. It is merely seeking to establish itself as a center of power in Eurasia and a member of a global concert of powers.

Editor’s Note: This essay is adapted from “From Greater Europe to Greater Asia? The Sino-Russian Entente,” published on April 9, 2015 by the Carnegie Moscow Center.

The rupture between Russia and the West over Ukraine has wide-ranging geopolitical implications.

Russia’s greater reliance on China in the face of confrontation with the US may take a toll on its ties to India.

Japan had no option but to show solidarity with the US on the issue of sanctioning Russia after Ukraine.

Vietnam is Russia’s diplomatic gateway to Southeast Asia and ASEAN.

China and Russia share both a host of fundamental interests and elements of a common worldview.

Russia is merely seeking to establish itself as a center of power in Eurasia, not world supremacy.

The rupture between Russia and the West over Ukraine has wide-ranging geopolitical implications.

Russia’s greater reliance on China in the face of confrontation with the US may take a toll on its ties to India.

Japan had no option but to show solidarity with the US on the issue of sanctioning Russia after Ukraine.

Vietnam is Russia’s diplomatic gateway to Southeast Asia and ASEAN.

China and Russia share both a host of fundamental interests and elements of a common worldview.

Russia is merely seeking to establish itself as a center of power in Eurasia, not world supremacy.