Global democracy is under threat. The ranks of authoritarian leaders of large nations not only include China, Russia and Turkey, but also the United States. 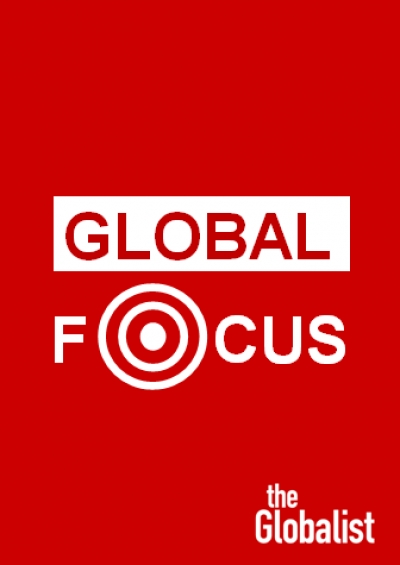 Global democracy is under threat. The ranks of authoritarian leaders of large nations not only include China, Russia and Turkey, but also the United States.

What is the real extent of the challenge? What can be done to meet the key challenges?

We present our top 10 features on the topic, analyzed from multiple perspectives, by a variety of our contributors.

1. Trump Vs. the U.S. Separation of Powers
How it has taken a political novice in the White House only a year and a half to hollow out the centuries-old system of the U.S. separation of powers.

2. 1984 Revisited: The Rise of the Neo-Authoritarians
The graphic warnings in George Orwell’s prophetic novel 1984 are as relevant today as they were when it was first published 70 years ago.

3. EU Needed Now to Lead on Press Protection
The U.S. is no longer the active leader in promoting press freedom as a vital pillar of democracy. The EU ought to fill this space.

4. Is Any Democracy Safe from Russian Sabotage?
Robert Mueller’s clear-cut warning to everyone who cares about democracy.

5. Governance Vs. Democracy
Why U.S. foreign policy should focus on “good governance” instead of “democracy.”

6. The Architecture of Democracy’s Processes
It is not enough for a democracy in the 21st century to make decisions by up-down majoritarian votes.

7. How to Make Democracy Work in the Digital Age
Digital democracy has the ultimate benefit that it supports society’s historical achievements.

8. Reforming Democracy and the Future of History
To spread democracy, democratic nations must look inward first.

9. Europe: Technocrats Vs. Democrats
Europe’s democrats must end the almost religious hold of the EU technocrats.

10. Elections Do Not Make Democracy
Should the U.S. continue to support autocratic regimes, wherever they provide for a stable geopolitical situation?

The Globalist's top 10 features on the state of global democracy.

The Globalist's top 10 features on the state of global democracy.

Who Will Win Next Thursday in Britain?