Greece, the Argentine Debt Default and the American Connection

Why should Greece approach Argentina's debt default as a cautionary tale? 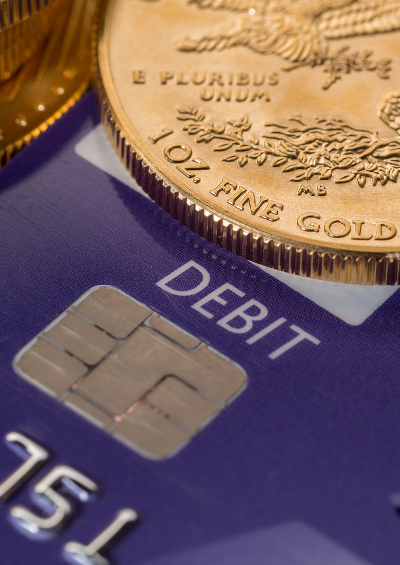 Greece, which could be on the verge of restructuring its sovereign debts, received some unsolicited advice in early May from President Cristina Kirchner of Argentina, the world's largest sovereign debt defaulter. She urged the Athens government to reject IMF conditions.

The lawyers can't be blamed for zeroing in on a nation in financial distress. But Greece would be well-advised to approach the Argentine experience as a cautionary tale.

The Kirchner approach to its distressed debt has cost Argentina access to foreign capital markets and billions of dollars in foregone foreign direct investment. It has also given the country the world's third-highest inflation rate.

When that strategy forced the IMF to pull its assistance in 2001, bank runs ensued across the country — and the largest sovereign debt default in history followed ($81 billion worth).

A good faith effort by Greece to satisfy the IMF's terms should have the opposite effect, helping to assure domestic savers as well as international investors. Moreover, the European Union's deep involvement in Greece's debt crisis should preclude its government from making Argentina's other large mistakes.

First, it refused to negotiate with its international bondholders, and second it repudiated the debts of any foreign lender who rejected a low-ball restructuring plan (one that paid out half of the international norm for such offers).

In Greece's case, most of its foreign lenders are EU-based financial institutions, especially German and French banks. If the crisis comes down to debt restructuring, Greece's membership in the EU should dictate genuine, good-faith negotiations and a broadly accepted resolution.
In many ways, the shape of this crisis is tied closely to the EU and, more particularly, to the eurozone.

In fact, the organization of the eurozone has acted like a straight-jacket, denying Greece and other member nations with high and fast-rising public debts two standard strategies to boost competitiveness and help them grow out of this kind of mess.

First, Greece can't depreciate its currency to make its exports cheaper in foreign markets, which would in essence allow it to use foreign demand to offset declining deficit-driven demand. Since it shares the euro with other countries uninterested in a sharp depreciation, that would leave them poorer.

Second, Greece can't cut its interest rates to spur domestic investment and attract capital from other EU countries, since the European Central Bank sets interest rates for everyone in the euro area.

Normally, Greece's current debt situation would set the country on a path to default — and it still may. But a default would shatter the EU's grand hope (or myth) that the economic confederation enhances its members' efficiency and competitiveness enough to protect them from such a crisis.

Furthermore, if the EU just stood by as Greece sank, international investors would dump the public bonds of other debt-burdened EU countries, starting with Portugal, Spain and Ireland. All of this could reignite a financial crisis across Europe since, once again, most of those bonds are held by European financial institutions.

So far, the EU and the IMF (prodded by the United States with promises of a large U.S. contribution to the IMF) have headed off a Greek default by unveiling last week's $1 trillion bailout plan.

That package is big enough to rescue Portugal and Spain as well as Greece, since serial defaults pose the greatest threat. The plan consists mainly of loans and guarantees by the European Central Bank to accept Greek bonds as collateral for loans to the European banks that buy bonds from the Greek government.

Like the original TARP bailout, the plan was cobbled together quickly to signal the EU's determination to avoid a Greek default. And so far, the signal has been more important than the actual plan.

In fact, in many respects, the plan itself doesn't make much sense. We cannot know yet, for example, whether German, French and other European taxpayers will finally agree to absorb the bailout's cost, nor whether Athens will actually deliver the deep spending cuts and steep tax increases, as promised.

And if Greece does follow through with real fiscal austerity, its economy may only sink further. And unless other conditions change, that could require even more public debt.

Finally, international investors may be unwilling to accept that the plan's core response to the debt crisis is to expand the debts of other EU governments, as well as of Greek and other European banks.

The crisis also may produce some discomforting diplomatic moments. The Germans and French already are annoyed that Britain has declined to pitch in. Staying out of the euro relieves Britain of any hard obligation to help. But Britain is still a member of the EU and is its third-largest economy, so its refusal to pay in could produce both resentment today and larger problems down the road.

The United States also could get caught up in some controversy. The Greek crisis is tailor-made for investors who buy when a country's bond prices fall sharply — without those investors, Greek bond prices would fall even more — and then, like any investor, sell when the price rises.

Several funds have done very well in such plays. If this pattern is repeated with Greece, it may not sit well with some of our allies who will have put up the money required to bring back those bonds.

In the end, however, there is little if anything the U.S. government can or should do, so long as buying and selling government bonds on global financial markets constitute legitimate private contracts beyond the scope of governments.

Greece would be well-advised to approach the Argentine experience as a cautionary tale.

The Greek crisis is tailor-made for investors who buy when a country's bond prices fall sharply.

There is little the U.S. government can or should do. Legitimate private contracts are beyond the scope of governments.

The Germans and French already are annoyed that Britain has declined to pitch in.

Greece would be well-advised to approach the Argentine experience as a cautionary tale.

The Greek crisis is tailor-made for investors who buy when a country's bond prices fall sharply.

There is little the U.S. government can or should do. Legitimate private contracts are beyond the scope of governments.

The Germans and French already are annoyed that Britain has declined to pitch in.

Humility as a 21st Century Virtue