Korea as a Global Environmental Leader

How can the environment and the financial sector be aligned optimally for low-cost, low-carbon finance? 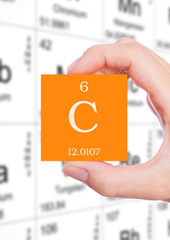 Imagine you are managing a multibillion-euro pension fund (or insurance portfolio or sovereign wealth fund) and you have two energy investment projects on your desk.

Put this way, the choice is to go with the latter, which happens to characterize projects in the renewable energy market.

With their declining cost curves and greater investment certainty, picking them is a no-brainer. The problem is that investment-grade securities have not been available — apart from a few multilateral offerings, such as the World Bank’s green bonds, which have been crafted to “test the waters.”

That situation might be about to change, with the issuing in late February of a $500 million green bond by the Korean Export-Import Bank (Kexim). The funds are to go toward financing low-carbon initiatives, including renewable energy, energy efficiency and clean water projects. The bond was targeted at and taken up by institutional investors like yourself.

Let us count the ways that this constitutes a significant step. It is the first time that a national bank has issued such a green bond. Second, the bond is offered globally, to U.S. Securities and Exchange Commission standards, with bookrunners Bank of America Merrill Lynch as well as the Scandinavian firm SEB Enskilda (which has also been linked with the World Bank green bond issues).

As a global security, it will command a strong resale value, enhancing its credibility in the eyes of institutional investors. Above all, it is “investment grade.”

Third, the bond was offered as a $500 million, five-year security and attracted $1.8 billion in demand, with 60% being taken up by institutional investors. This reveals that there is latent, untapped demand on the part of professionals like yourself for medium-term green investments that may now be viewed as safer than fossil-fuel investments.

Fourth, the Kexim Bank bond is backed by an assurance that all funds will be channeled into green investment projects. The projects are to be certified by a reputable third party, namely the Center for International Climate and Environmental Research (CICERO) in Oslo. This protects you, the professional investor, from future legal liability.

This bond issue demonstrates that institutional investors will purchase green financial securities if they are presented in the right way, with suitable global reach and certification and at investment grade. Green bonds are moving from the realm of being curiosities to mainstream financial products.

Now, why is this so important?

As an investor, you know that bonds are the core of the capitalist system. It takes countries decades, if not centuries, to build effective bond markets. They enable governments and businesses to raise funds, on the strength of their credibility and reputation.

They are ‘investment grade’ securities, meaning that they are only offered for large amounts (the $500 million of the Kexim Bank green bond is typical). Their value for green finance is that they can aggregate across a large number of small projects. The “diseconomies” of insufficient scale associated with small projects are decisively overcome by a green bond.

Financing of clean tech projects via green bonds make for cheap capital, since the interest charges will always be lower than for conventional bank finance. This means that renewable energy and energy efficiency projects that might otherwise be out of the running because of the high cost of capital suddenly become viable. The diffusion of green energy and resource projects is therefore accelerated.

But bonds are serious financial instruments that are not to be played with. If a country’s bonds lose their value, then the country faces ruin. (Technically, it would be unable to meet its payments and would have to default — a desperate step.)

Hence, a green bond issued with a national government’s imprimatur (as is the case with this new bond issued by the Kexim Bank) means that the bond will hold its value only if the projects really are an investment in a green future and really do have the backing of the government. The bond markets will see through any shenanigans and punish the issuer severely.

So here’s the deal. The enormous investment potential of the bond markets is there to be tapped to finance green investments — but has been done so only in a minimal way until now. The ideological insistence of the UN and the parties to the Kyoto process that all green investments should emanate from tax-based public sources (which could manifestly not finance the transition in any realistic manner) has now been overcome.

The big guns of capitalism are about to be employed in financing clean technology projects via green bonds. And the big investors — institutional, pension and insurance funds, which have between them over $70 trillion in investable funds, according to the OECD — are now actively involved. All this thanks to this one bond offering of the Kexim Bank.

The contrast with carbon trading has to be underlined. The idea that pollution allowances could be traded and that the “carbon markets” so created might drive investment in the desired direction, has now been shown to have little potential.

The dismal performance of the Emissions Trading Scheme (ETS) in Europe and collapsing carbon prices elsewhere attest to that aplenty.

But to tap into global bond markets is a real form of green finance — and one where Seoul may just have seized the initiative away from New York, Frankfurt and London.

The idea that the "carbon markets" might drive investment in the desired direction, has now been shown to have little potential.

Institutional investors will purchase green financial securities if they are presented in the right way, with suitable global reach.

The big guns of capitalism are about to be employed in financing clean technology projects via green bonds.

The idea that the "carbon markets" might drive investment in the desired direction, has now been shown to have little potential.

Institutional investors will purchase green financial securities if they are presented in the right way, with suitable global reach.

The big guns of capitalism are about to be employed in financing clean technology projects via green bonds.