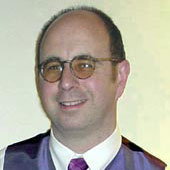 Herman van Rompuy, Belgian Prime Minister for the past 11 months, had been the favorite to fill the role of President of the Council of Ministers.

Baroness Ashton — Cathy Ashton until she was ennobled by Tony Blair a decade ago — was a decidedly unexpected choice to be the new High Representative for Foreign Affairs.

The appointments are inextricably linked. Van Rompuy is a Christian Democrat from a small country. Hence, according to the innate logic of European integration, the High Representative needed to be a Socialist from a large country.

This field of candidates for the foreign minister post was narrowed further by the fact that France, Germany, Italy and Poland all have conservative governments and were not, therefore, volunteering left-wing politicians for the role. Once van Rompuy was nominated to the top job, the second-ranking role was likely to go to someone from Britain or Spain.

Of course, this might seem odd. After all, the terms “left” and “right” don’t mean the same thing in different countries. A Labour Party leader such as Gordon Brown, or his predecessor, Tony Blair, is both more of an Atlanticist and more of a free trader than a Christian Democrat such as van Rompuy.

In most continental countries, the free traders are called “liberals,” quite contrary to the modern British or American meaning of the word.

That Gordon Brown was able to secure — and I say this as a British Conservative — the EU foreign minister position for Britain was, nonetheless, an achievement.

Mr. Brown’s capital in such negotiations was limited by the fact that he is expected to lose power within the next eight months. By comparison, Nicolas Sarkozy’s fixed five-year term (until 2012) and the recent re-election of Angela Merkel ought to have left them in much stronger positions.

In part, Gordon Brown was able to win that negotiation by very publicly losing a campaign to secure the Presidency of the Council for his predecessor.

Many suspected that Brown never intended for Tony Blair to get the top job, owing to the fact that Blair was always too controversial for the unanimous consent of 27 countries — and to the notoriously fractious relationship between the two men. Instead, one must assume, he always aimed for the consolation prize.

That the High Representative job has been seen as the consolation prize — awarded to someone of no profile, even in her own country — may be a mistake. Chairing the Council of Ministers is likely to be a nightmare job, and it is difficult to see why a leader with Tony Blair’s background ever wanted it.

As Britain’s prime minister, he appointed and could sack his cabinet members. The President of the Council will be stuck with whomever the several member states happen to elect. Van Rompuy’s background in managing fractious Belgian coalitions may be more appropriate to the role.

Choosing van Rompuy was a decision about the character of the role. Was this to be a leadership position? Was Europe seeking a charismatic counterpart to Barack Obama? Some were very critical of such an approach. British Opposition leader David Cameron called for the role to be — in an elegant neologism — more “chairmanic.”

It is also likely that figures such as Merkel and Sarkozy wanted it to be clear that the new president is a servant of the Council and not a rival to the big country bosses. Van Rompuy certainly fits this chairmanic vision in a way that Blair would not.

In contrast, the High Representative job may prove to be more substantive. Baroness Ashton will not only chair meetings but have a global diplomatic corps. Recall that many of the smaller member states simply do not have the reach to cover the almost 200 members of the UN.

They rely on a single Ambassador to cover groups of countries, or on the support of larger EU members with a larger network of embassies. Ashton also sits at the nexus between the Council of Ministers, representing the member states, and the Commission, the technocratic executive branch of the EU’s complex governance.

So why did it happen? The role of High Representative is meant to settle an institutional battle between Council’s existing envoy — currently Javier Solana — and the Commission. Curiously, Ashton will remain on the Commission while also serving the Council.

This is something the Treaty of Lisbon did not seem to anticipate. It was not specified in the Treaty that the High Representative would serve on the Commission, but nor was it ruled out. This was simply one of those surprise choices that none of the commentators had anticipated.

Much of the speculation had focused on the prospects of the uber-Blairite in Brown’s Cabinet, Foreign Secretary David Miliband. Miliband has twice been tipped as a potential rival to Brown, but has flunked challenging him. He is now probably the front-runner to succeed to the leadership when Brown steps down, which is likely to follow fairly rapidly on a Labour defeat in the upcoming general election.

Miliband could certainly have been the British candidate had he wished to be. The fact that he didn’t presumably indicates that he believes he can lead Labour to victory in the election after next.

Ashton is certainly the lower-profile candidate. But this does not mean she is not the more deft of the two. Miliband is sharp and good looking. Hillary Clinton has called him “vibrant, vital, attractive, smart.”

But he has nonetheless been controversial. He stood up his Saudi counterpart to attend the birth of a child he was hoping to (and did) adopt. His pressing of Russia on human rights issues was apparently so insistent that rumors abound that he provoked Foreign Minister Sergei Lavrov to profanity.

Perhaps the real victor in this negotiation, and the real promoter of Ashton’s candidacy, was not Brown, but Commission President Jose Manuel Barroso.

To have Ashton serving simultaneously as High Representative, with the role of Chairing meetings of EU Foreign Ministers, while also serving on the Commission, leaves the Commission and its President at the heart of policy making in area from which it has previously been largely excluded.

Does Ashton have the ability to grow the job in the way supporters of a federal Europe would like? Possibly. She was a low-profile but effective minister in Britain’s House of Lords. She was seen as a light-weight replacement for Peter Mandelson as Europe’s Trade Commissioner, when he was summoned home to shore up Brown’s tottering government, but has gained the respect of her fellow Commissioners and of officials.

Reports from Washington suggest that the State and Commerce departments hold her in high regard. Such reports could, of course, have been manufactured by her friends. It is difficult to see Washington publicly disavowing them.

Prior to joining the Commission, she had a series of equally low profile jobs in the British government. She is an appointed life peer. This means she serves in the upper chamber of the British Parliament.

Since there is no procedure to resign from this lifetime appointment, she has had to step aside from it to serve on the Commission. She doesn’t attend the House of Lords, but can return as soon as she ceases to be a Commissioner.

She held a number of sub-cabinet-rank jobs before becoming Labour’s leader in the House of Lords. In that role, it was her job to steer through the ratification of the Lisbon Treaty — a tricky task since Labour lacks a majority in the upper house. To complicate matters further, all three major parties had promised at the 2005 election a referendum on the European Constitution.

When the Constitution was defeated in France and Holland, Angela Merkel successfully rebranded it as a new treaty with an informal understanding between member governments that they would not hold referenda. Both Labour and the Liberal Democrats backed away from their referendum commitments as a result.

But the Opposition Conservatives were still calling for one, and the Lords includes a substantial group of notoriously independent “cross-benchers.” Labour is the largest group in the Lords, the Conservatives and the Crossbenchers are in a virtual tie for second place and the LibDems rank fourth.

In this awkward situation, securing ratification without the House insisting on a referendum took skillful management, which apparently did not escape the notice of Angela Merkel, and reports suggest she was very supportive of the Brown-Barroso case for Ashton.

As to the substance of foreign policy, the key question of course is this: Will the existence of a High Representative enable the creation of an EU-wide, cohesive foreign policy?

On the great issues of war and peace, most certainly not. On those high profile and divisive issues, one must assume that they will remain difficult or impossible to resolve.

Just recall that the then-15 member states were divided as evenly as it is possible to imagine over the Iraq War: seven members supported it while eight did not, but three of the five big countries were in the pro-regime-change camp.

In any similar future circumstance, creating an EU-wide consensus may well remain impossible. Countries such as Britain, France and Germany, with substantial military and/or economic power, will retain the sole discretion as to their use.

But on a range of lesser issues, most member states simply do not have a fixed policy. In the past, the EU — faced with a particular sub-issue — has often deferred to a member state with clear interests involved and/or a diplomatic corps with global reach.

Hong Kong, for example, has long been treated as a British issue. Relations with Libya were for years disrupted over the issue of the Pan-Am bomb — another British issue. France has its special relationship with La Francophonie. Iran, when the issue was the fatwa on Salman Rushdie, was a British preserve.

Now that the issue is nuclear development, France and Germany share the role of leading on this question with Britain. Germany sees Eastern Europe as its own sphere of influence, though this view is contested elsewhere, not least by the Eastern European countries now in the EU.

Reports from Washington suggest that the State and Commerce departments hold Ashton in high regard. Such reports could, of course, have been manufactured by her friends.

Perhaps the real victor in this negotiation, and the real promoter of Ashton's candidacy, was not Brown, but Commission President Jose Manuel Barroso.

Council of Ministers is likely to be a nightmare job, and it is difficult to see why a leader with Tony Blair's background ever wanted it.

Reports from Washington suggest that the State and Commerce departments hold Ashton in high regard. Such reports could, of course, have been manufactured by her friends.

Perhaps the real victor in this negotiation, and the real promoter of Ashton's candidacy, was not Brown, but Commission President Jose Manuel Barroso.

Council of Ministers is likely to be a nightmare job, and it is difficult to see why a leader with Tony Blair's background ever wanted it.

Why Afghanistan Is Lost