Why do we tolerate a gap in leadership on women’s rights? 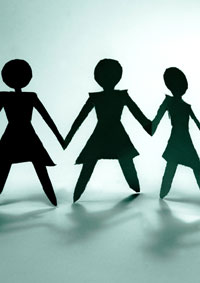 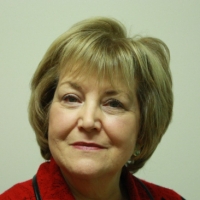 This year International Women’s Day, which is celebrating its 100th birthday, will also mark the 20th anniversary of the Fourth World Conference on Women and the landmark Beijing Declaration and Platform for Action.

In what is still considered the most comprehensive blueprint on advancing women’s rights, 189 governments adopted the 1995 Beijing roadmap.

Looking back at this high point in the advancement of women’s rights, the progress made in ending gender inequality is at best uneven. The persistence of violence against women remains a scourge across the globe.

In a report prepared for the 59th Commission on the Status of Women, 167 countries surveyed revealed, “the leaders entrusted with the power to realize the promises made in Beijing have failed women and girls.”

But did we need a UN report to reach this conclusion?

The UN’s great success in actually documenting global poverty reduction, the centerpiece of the Millennium Development Goals, reveals that specific benefits to women worldwide have been uneven.

Although the data on women in poverty are still weak, we know that in a world that has grown richer, it is still women who remain most excluded from economic opportunities in both rural and urban areas of the developing world.

Women’s equality is about power

And let’s face it, power is what the struggle for women’s equality is all about. Keeping women from school, restraining them as second-class citizens and not seeing them as persons in the eyes of the law guarantee a life of misery with no end in sight.

In this world of Twitter diplomacy, women have achieved a new level of attention that may actually be the opposite of the effect that social media aims to achieve.

Tweets are not calls to action, but are more akin to global voyeurism, as the visibility of heinous deeds does not come with responsibility to change anything.

#Bringbackourgirls, the phrase used to show solidarity with the families of the young Nigerian students, who in 2014 were kidnapped in their school by the Boko Haram group, underscores the way global attention can capture the world’s conscience when it comes to acts against women.

Even First Lady Michelle Obama tweeted about this for some time. Yet for all this activism, there has been little progress in either finding those girls or changing the way Nigeria deals with this problem from hell: men who want to prevent girls from getting an education.

Misogyny in the world’s largest democracy

And when it comes to violence against women, there is #Indiasdaughter, the hashtag used to promote solidarity among women to protest the fatal rape that occurred in New Delhi in 2012. This horrific crime brought global attention to the plight of women in India and even more attention to the misogyny that still remains so dominant among vast groups of men in the world’s largest democracy.

Such conditions don’t show much sign of progress in terms of women’s rights. Even a documentary film about the rape incident made by the BBC, India’s Daughter, scheduled to be aired in New Delhi, was censored by the government just days ago. So much for justice, not to mention freedom of speech in India today.

Just look at recent events in Turkey, where last month a young woman who refused the advances of a mini-van taxi driver was brutally murdered. The hashtag #OzgecanAslan was tweeted more than three million times and an online petition calling for harsh punishment against her attackers gathered almost a million signatures.

Even Turkey’s president, Recep Tayyip Erdogan, has vowed to ensure that the killers receive “the heaviest penalty.” Yet the record in Turkey for prosecution of rape cases, despite the public outcries arising from this latest case does not demonstrate any commitment to ending gender inequality any time soon.

Femicide remains a constant problem throughout Turkey and failure to prosecute rape and other violent crimes against women is more the norm.

A casual attitude toward domestic abuse is not unique to Turkey. In fact, across the Middle East, few countries even have laws that recognize the crime. The United Arab Emirates, Bahrain and Qatar effectively have none.

Saudi Arabia passed its first law criminalizing domestic abuse in 2013, while just last year Lebanon passed its first domestic violence law, which enables a woman to obtain a restraining order against her assailant and calls for the establishment of shelters for victims.

In spite of the call to action two decades ago, violence against women and girls persists. Why are we still tolerating a world where the gap is not only one of gender but one of leadership when it comes to women’s rights?

It is easy to cast blame on the international bureaucrats who hide behind the metrics of improved livelihoods, more educational opportunities, or poverty alleviation. But when it comes down to daily life, women are still seen as victims.

And it is precisely this approach to women as victims that continues to perpetuate inaction. Violence is a by-product of conflict. But violence is also a proxy for the chronic underinvestment in women that continues to hobble any real progress in changing attitudes about women as full members of society.

Hillary Clinton pushed the envelope in 1995 when she addressed the Beijing conference, saying that women’s rights were human rights. I am sure that when she said this she had no idea that her own leadership would spark a global movement that she herself made a central part of our nation’s foreign policy.

Unfortunately, what was not foreseen at that time was that attention alone is but a first step toward full empowerment.

As men and women march on Sunday in New York City to commemorate a day dedicated to women worldwide, it will again call attention to the global plight of so many women.

Let’s go beyond the hashtag like #internationalwomensday, #iwd or #iwd2015 to find conversations and instead try to find ways to put ideas into practice around the world.

The persistence of violence against women remains a scourge across the globe.

Leaders of the countries empowered to realize the promises made in Beijing in 1995 have failed women and girls.

Power is what the struggle for women’s equality is all about.

Tweets and the visibility of heinous deeds do not come with the responsibility to change anything.

Why are we tolerating a world where the gap is not only one of gender but one of leadership on women’s rights?

The persistence of violence against women remains a scourge across the globe.

Leaders of the countries empowered to realize the promises made in Beijing in 1995 have failed women and girls.

Power is what the struggle for women’s equality is all about.

Tweets and the visibility of heinous deeds do not come with the responsibility to change anything.

Why are we tolerating a world where the gap is not only one of gender but one of leadership on women’s rights?

Germany and Japan: A Comeback Story