The Return of Social Europe 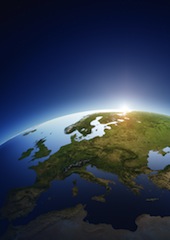 The law of unintended consequences is the iron rule of European construction. What was meant to be an ever-closer union of peoples has turned into a centrifugal force driving Europeans apart.

Now we see that the biggest electoral victory for conservatives in recent European history – Mrs. Merkel’s triumphant return as German Chancellor – is about to open a new era of leftist influence in the European Community.

For more than a year, Europe had been waiting for the outcome of the German elections. Merkel’s reelection was meant to launch new initiatives in Europe. Germany’s own stuttering growth was expected to zoom upwards if there was a clear win for the country’s pro-business center-right.

Before the election, British Euroskeptics were opining that a victorious Mrs. Merkel would forge a new alliance with David Cameron to turn the EU into their dream world of repatriated powers. That would allow Britain to be free of Brussels’ bureaucracy and constraints.

Yet, even as Mrs. Merkel’s domestic political opponents lie scattered on the field, she does not know how to turn her triumph into a permanent reordering either of the German or the European political economy.

Nor does she know how to help her buddy, the British prime minister, who needs serious assistance from Berlin to navigate through the rapids of Euroskepticism, EU reform and his referendum due to take place in 2017.

In the meantime, important changes will take place. Merkel’s most preferred coalition partner, the German Social Democrats and their trade union allies are inclined to go for more French-style, government-driven regulation of the labor market.

They are demanding a legal minimum wage of €8.50 an hour and laws restricting part-time work. This turn to legal enforcement of pay and working time is a major rupture with the post-1945 German tradition of arriving at pay and workplace conditions on the basis of negotiations held between a small number of big industrial unions and employers – and hence held outside the realm of government.

The German preference for union-employer voluntary agreement stood in stark contrast to the 35-hour-week law legislated by the Socialist government in France in 1999.

Unlike their French counterparts, German unions have also shown flexibility in accepting wage freezes and changes to working time. But now, as more and more low-paying jobs and part-time work nudge the structure of the German labor market in the direction of Britain, or even the United States, the unions and their political allies in Mrs. Merkel’s possible coalition are calling for a turn to government-driven labor market legislation.

For economic liberals and especially UK Prime Minister David Cameron’s Conservatives looking for German leadership to get the EU economy moving again, this turn to statist labor market legislation will be a disappointment.

As Stephan Richter argued in the Financial Times (TG version), she can also form an effective coalition with the Greens now that she has said “Nein, Danke” to nuclear power – the original core tenet of Green ideology. But guess what? The Greens are friends of trade unions and labor market regulation as well and also want the state to rig energy markets in favor of windmills and solar panels.

So the odds are that German trade unions can shape new labor market laws in Germany. For the European left, that will be proof that the long era of promoting liberal economics is now over as the state comes back into play. It would be akin to snatching victory from the claws of defeat, considering how few left-of-center parties are actually parts of European governments today.

It fits into this emerging pattern that the European Commission has just produced a report saying that trade unions should be consulted on future economic decisions in Europe and governments should set out score-cards showing rises in inequality and unfair income distribution.

The birth of British euroskepticism

Twenty-five years ago, Jacques Delors, then the EU Commission President, changed British politics when he made a powerful speech to British trade unions in favor of a more “Social Europe” and against Margaret Thatcher’s union-hostile policies.

Mrs. Thatcher riposted a few days later with a speech at Bruges accusing Delors and Brussels of introducing socialism by the back door. September 1988 thus saw the birth moment of British euroskeptic ideology, which has poisoned British political life ever since.

Following Mrs. Merkel’s victory and her need to form a coalition with the reds or the greens, it paradoxically appears that “Social Europe” is on the way back.

In terms of votes and seats, Mrs. Merkel won big. But in terms of policy signals turning away from the liberal economics of the past two decades and turning more towards government dictating wages and prices, the odds are that the left and Social Europe will emerge as the real winners.

Merkel’s victory and need to form a coalition with reds or greens could mean “Social Europe” is on the way back.

Policy signals in Europe indicate a turning away from the liberal economics of the past two decades.

For the European left, it would be akin to snatching victory from the claws of defeat.

Merkel’s victory and need to form a coalition with reds or greens could mean “Social Europe” is on the way back.

Policy signals in Europe indicate a turning away from the liberal economics of the past two decades.

For the European left, it would be akin to snatching victory from the claws of defeat.

The Need for U.S. Constitutional Reform