Missed Opportunities: The Political Culture of Greece Since 1974

How the old failings of the Greek state adapted to the era of European integration. 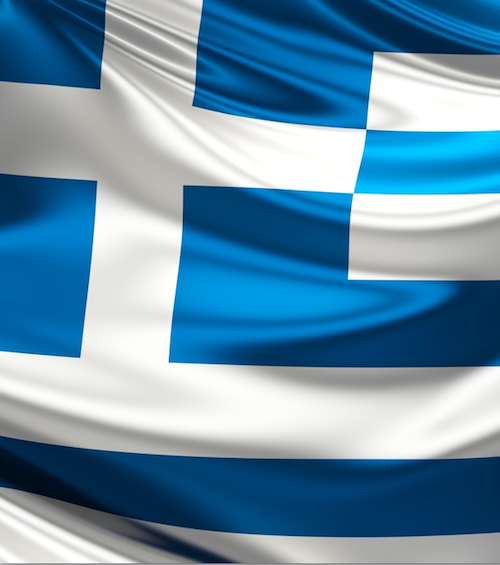 Heinz Richter is a professor of modern greek and cypriot history and politics at the University of Mannheim in Germany.

Editor’s Note: Kyriakos Mitsotakis has been given a mandate by Greek voters to move their country forward.
Just how large the challenge for the new prime minister and the country really is becomes apparent when one delves into the incisive, three-part series by Heinz Richter.

Moving through the centuries, he outlines the challenges, especially concerning corruption as well as deeply ingrained cultural factors standing in the way of good governance.

At the same time, Mr. Mitsotakis by background is quite ideally prepared to take on these challenges. One can only hope that the new government will succeed with its ambitious agenda.

Heinz Richter’s series of articles on Greece was originally published on June 18, 19 and 20, 2015. The author, from the University of Mannheim, is an expert of modern Greek history and politics.

1. There is a difference between the political cultures of Greece and those of Western Europe.

2. The European principle of separation of Church and State has never been fully realized in Greece.

3. Greek voters do not vote for a party, but against that party which did not do them the expected favor during the previous term.

During Greece’s years of military dictatorship, Greeks in exile in Europe began to discuss how to overcome the old system of clientelism and theft of public resources.

Another Type of European Democracy:
A Globalist Paper
by Heinz Richter

Part I – The Emergence of Modern Greece

Part II – The Political Culture of a Protectorate

Part III – Missed Opportunities: The Political Culture of Greece Since 1974

The idea was to create parties that truly reflected the European type. These parties would have a program, national congress, internal democracy and leadership elections.

There was consensus that the Greek system had to overcome clientelism. New program-based parties were to be created after the downfall of the junta.

However, when the junta fell in 1974, Konstantinos Karamanlis returned and – hesitatingly – revived the old clientelistic party of the right, calling it Nea Demokratia.

And when the man of the left, Andreas Papandreou, returned from exile, he deliberately set aside all the plans for the creation of a program-based party, despite the fact that he had participated in the discussion about the renaissance of the Greek political system. He founded a new left party, PASOK.

This party was from the beginning the clientelistic network, with Papandreou as its patron. Opposing groups, such as the anti-junta resistance group Democratic Defense, which in the beginning had tried to stop the development towards a clientelistic party, were purged.

The conservatives were no better. During the rule of Karamanlis, which lasted until 1981, clientelism worked in the traditional way. Karamanlis’s greatest achievement was Greece’s entry into the EU.

When PASOK came to power in 1981, Andreas Papandreou simply considered the EU funds as an unlimited source for the distribution of rousfetia favors. As a result, EU funds were fed into the clientelistic system in an unprecedented way.

When Konstantinos Mitsotakis and his Nea Demokratia took over power again in 1990, not much changed. A few years later, upon Papandreou’s return to power in 1993, the distribution of rousfetia on the basis of EU money reached a climax. Then, in 1996, Papandreou had to resign over financial scandals. Kostas Simitis, a German-trained lawyer, took over.

Until 2004, Simitis made great efforts to reduce clientelism, but ultimately realized that the clientelistic system was too strong for him to root out.

Despite the fact that he was both the country’s prime minister and the head of PASOK, he could not control the clientelistic network. His misfortune showed clearly that the clientelistic system had again changed its character.

It was no longer a monolithic pyramid under the control of the patron on top. It had (d)evolved into a network of influential sub-patrons who could distribute rousfetia on their own. This became possible because they had direct access to necessary funds of the Greek state or of the EU.

When the conservatives returned to power in 2004, this tendency became even stronger. The new generation of their leaders considered it legitimate to enrich themselves and their followers in an even more unprecedented way. The end of the road is known – the Greek bankruptcy.

At present, the Greek state is in such a fundamental crisis that one would assume there is again a real opportunity to overcome its basic evil – clientelism.

In order to achieve this, any uncontrolled access to financial resources must be denied to all those who are not legally entitled. At the same time, the procurement and spending of money must be closely monitored.

If no further money for rousfetia is available, clientelism will be weakened. A purge of the inflated civil service of all those superfluous civil servants who were employed on the basis of rousfetia would be a further blow to clientelism.

Ending the national “sport” of tax evasion is another way. The rich must be taxed. The measures to destroy clientelism and install a democratic system in accordance with western European standards are rather clear. The political system of Cyprus might be a model.

But in order to achieve this, Greece will need external help. Continued financial support is only one aspect of the necessary measures. If the clientelistic system is not eradicated, then Europe’s continued financial help will be provided in vain.

All the inflow of more money would achieve is that, at the very moment the state is stabilized again, the old system will reemerge and continue its old games.

That is why the European approach must not confine itself to financial support. Europe must help reform Greece’s political system. But in this context, a thorough understanding of Greek clientelism is necessary.

Unless one understands the history and the manifold ways in which the clientelistic system has metastasized, one has no chance of improving Greece’s prospects.

Alas, most Europeans do not understand the phenomenon of clientelism and react in a peculiar way – such as the oft-made claim of “lazy” Greeks.

Come to think of it, inside the EU, it is only the Austrians who – due to their past as a Balkan power – have some understanding of what’s really going on inside Greece’s structures.

The other EU nations simply project European political ideas and ethical principles onto Greece and the other Balkan countries. They lack the understanding that these ideas and principles — noble and/or commonsensical as they sound — are alien to the society and the political culture of Greece.

In the eyes of the Europeans, the outward signs of clientelism such as favoritism or rousfetia are viewed through a moral lens and identified as corruption. This gives those EU nations an easy out. They can confine their reaction to bristling at this and swinging the moral hammer.

With a tone of great moral righteousness, but a lack of political realism, they demand that the Greeks simply overcome their pervasive levels of corruption and clean their house.

This simplistic approach is absolutely counter-productive. Greece does not need moral sermons, but efficient help from competent experts. It needs steadfast guidance in the effort to reform the country’s political system.

This is a much bigger – and more pressing – task for the EU than many people realize. The “Greek problem” is only the first of its kind, which has surfaced so far.

To be sure, all Balkan states suffer from this Ottoman heritage, albeit in various degrees. Berlin, Paris and Brussels should make an effort to understand the real problem: clientelism.

If there is a broader lesson to be learned, it is this: Formally, Greece is a democratic state with separation of powers, elections, free press, etc. That makes it look like many other European countries.

However, the country’s underlying political culture is totally different from that of Western and Central Europe. The state is, in effect, an object of exploitation for all those who can tap into the money tools it can provide access to.

In elections, a Greek voter does not vote for a party, but against that party which did not do him the expected favor during the previous term.

The two longtime ruling parties, the left PASOK and the conservative Nea Dimokratia, are clientelistic pyramids. Syriza is now demonstrating that, rather than representing a rupture from the past, it very much follows in its predecessors’ footsteps.

Greece has a different political culture from that of Western and Central Europe.

In Greece, the state can be exploited by those who can tap into the money tools it provides access to.

A voter in Greece votes against the party that did not do him an expected favor in the previous term.

Syriza is demonstrating that it very much follows in its predecessors’ footsteps.

Heinz Richter is a professor of modern greek and cypriot history and politics at the University of Mannheim in Germany.

Greece has a different political culture from that of Western and Central Europe.

In Greece, the state can be exploited by those who can tap into the money tools it provides access to.

A voter in Greece votes against the party that did not do him an expected favor in the previous term.

Syriza is demonstrating that it very much follows in its predecessors’ footsteps.

British Greece: The Political Culture of a Protectorate