The New Frontiers of Production

How to grow the economy of maintenance by moving toward a circular economy. 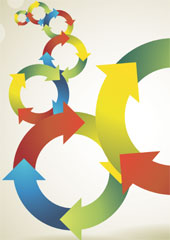 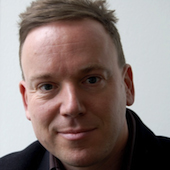 Geoff Mulgan is the author of “The Locust and the Bee” and chief executive of the UK charity Nesta.

Capitalism is tentatively moving away from ways of making things that damage nature. Maintenance is again becoming as important as production. These shifts have mainly come in response to pressure from laws and regulations, but some firms have pioneered circularity as ultimately more profitable.

The classic model of production took inputs of materials, labor and energy. It used them to produce a physical product that, when discarded, was buried underground. Staggering volumes of waste, many times the weight of the final product, were generated during the production process.

The alternative to all that waste is a more closed loop of production. Under such a system, the elements of a television set or a car are collected together once it has reached the end of its useful life, and then recycled.

Nearly 20 years after pioneers advocated “factor four” — a fourfold increase in the energy and material efficiency of products — the language of a “circular economy” and clean technology have become commonplace. So have regulations to force different behaviors from firms, although volumes of waste have not declined.

Regulatory tools such as feed-in tariffs for energy can create new industries, without the risks associated with backing particular technologies. In principle, long-term certainty should greatly help investment in new kinds of infrastructure.

Within business new organizational models are spreading which raise incentives for more closed, efficient production models. Energy services companies, chemical services companies and design, build, finance, and operate companies, each in different ways takes responsibility for the lifecycle of a service, with a stronger incentive to cut the inputs required for each unit of output.

Public funding can go into fundamental research (such as applications of nanotechnology for environmental goals) or into prizes. ARPA-E in the United States, for example, funds prize-like grants for renewable energy, while General Electric has committed $200 million to prizes for a smarter electric grid.

In principle, these efforts should contribute to the goal of “decoupling” — so that economic growth can continue without worsening effects on the environment. But in practice, decoupling has proven much harder to achieve — partly because of rebound effects. Every gain in efficiency frees up consumer spending for more stuff.

Similarly, moving activity from the physical world to the virtual world should reduce environmental impacts.

But the funding of new ideas and technologies is likely to be the easy bit. Much harder is the job of forcing change on established systems with heavy sunk investments in older, carbon-intensive technologies.

More successful systemic change will usually involve close collaboration between very different kinds of organizations. Even the recycling of something as simple as paper rests on elaborate reinforcing elements: rules and regulations imposed by governments; new infrastructures to collect paper and keep it separate from other waste products, as well as new everyday habits on the part of the public; businesses to recycle it, and tax systems that encourage use of recycled paper rather than its alternatives.

Other examples such as the shift to electric cars are much more complicated. They require infrastructures across cities — so that people can recharge their cars quickly and easily. They require new organizational models, for example, so that people can rent a car for a short journey of 20 minutes or an hour; manufacturers who can produce on a sufficient scale and at low cost; variegated taxation and license systems and, potentially, parking rules that give precedence to electric cars over their petrol-based competitors.

We know some of the characteristics of the next generation of infrastructures, growing alongside the roads, railways and electricity grids that so defined the last century. They are likely to be more distributed, more intelligent and more interlinked.

Smart energy grids should be able to take energy from homes and cars as well as supplying them, for example through thermal ground sources, or solar power, as well as a lattice of high-capacity communication routes. They can both support and rest on the Internet of things, the jungle of sensor links and data that is growing in and around cities.

But smart grids too face the challenge of overcoming the accumulated efficiency of old models. They often require political agreements as well as investment: agreements on precedence, on prices and on fair access.

It remains unclear which parts of the world will adopt circularity first. It’s possible that Asian societies will move through commodity enthusiasm and out the other side more quickly than the West did. Japan led the world in energy efficiency a generation ago and has produced many of the best recent patents.

But in other parts of Asia, the economic growth imperative may hinder new policies. Even more than elsewhere, governments will be reluctant to reset prices so that they reward conservation.

The politics of shifting the balance of a whole economy are hard to manage. Why? Because the very industries whose behavior needs to change most have the most resources, and the best-connected networks, to lobby against change.

The funding of new ideas and technologies is likely to be the easy bit.

The industries whose behavior needs to change most have the most resources to lobby against change.

Patents for renewables have multiplied two to three times as fast as patents in general.

“Decoupling” means that economic growth can continue without worsening effects on the environment.

Geoff Mulgan is the author of “The Locust and the Bee” and chief executive of the UK charity Nesta.

The funding of new ideas and technologies is likely to be the easy bit.

The industries whose behavior needs to change most have the most resources to lobby against change.

Patents for renewables have multiplied two to three times as fast as patents in general.

“Decoupling” means that economic growth can continue without worsening effects on the environment.

American Diplomacy and the Rule of Law