Why do most consumers need a “nudge” to make better and more efficient energy consumption decisions?

Why do most consumers need a "nudge" to make better and more efficient energy consumption decisions? 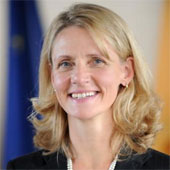 Cass Sunstein, one the most controversial figures in the Obama Administration, announced earlier this month that he is leaving government to return to Harvard Law School.

In the United States, Sunstein’s record in public service is the subject of much dispute. The New York Times found that, as head of the White House’s Office of Information and Regulatory Affairs, “he left many business interests disappointed and environmental, health and consumer advocates even more unhappy.”

In Europe, Sunstein’s tenure in the Obama Administration have had quite a different impact. Using the U.S. government as a real-world laboratory, he put into practice what he had developed in theory. All of us gained insights into how behavioral economics can inform sound, effective and “smart” policymaking.

In Europe, the use of behavioral economics in public policy has been increasingly on the agenda. Particularly in energy policy, it has become clear that efforts to steer people towards “better” — that is, more energy efficient — choices and behaviors are much needed.

The relevance of finding solutions is clear. Household energy consumption grew by 20% between 1990 and 2006 globally, according to the International Energy Agency. It accounted for nearly a third of total final consumption and 20% of end-use sectors’ CO2 emissions.

To deal with these challenges, British Prime Minister David Cameron has installed a “Behavioral Insights Team” — nicknamed the Nudge Unit — in his Cabinet Office. The unit screens the existing policy toolbox, suggests and empirically tests improvements.

In Germany, the “Energy Transformation” announced by Chancellor Angela Merkel last year after the Fukushima nuclear incident provides an excellent, global test case. It aims at phasing out the use of nuclear energy by 2022, based on a dramatic increase in renewable energy sources.

That is a big challenge not just for the engineers and energy industry managers, but also for the prospects of success involved in applying a “nudging” strategy to households. The government’s approach relies on the assumption that German households will be willing and able to decrease their energy consumption by a third by 2020.

Residential energy use is expected to increase by about 1.4% per year through 2030 in the OECD countries, with even more of an increase expected in non-OECD countries.

For all the talk about (and, thankfully, practice of) increased efficiency, studies have shown that most energy efficiency gains are offset, if not more than offset, by growth effects (the so-called “rebound” effects). Thus, reducing energy demand is by no means a self-starter.

Rather, a smart policy design for the demand side is needed — and it has to complement technological and institutional advances achieved on the supply side. Such a policy design should be based on real-world behavior and tested empirically before being introduced.

Recent research has produced more and more evidence that the right incentives do indeed spur behavioral change. However, the whole toolbox — price-based incentives, fines, social marketing, consumer information and consulting, proper disclosure and regulation — can be made more effective and efficient.

Consumers do not want energy “for its own sake.” What they want and need are energy services — that is, they want to travel, to have comfortable homes, to cook and entertain, to use their computers and mobile devices wherever they go.

From a consumer research perspective, energy demand usually only attracts consumers’ attention — which is the pre-condition for behavioral change — when it comes to paying the energy bill. A 2011 OECD survey again indicated a chronic lack of knowledge among households about their actual electricity consumption levels, even if demand is metered at the household level.

The mere fact of metering and introducing a price has an effect on people’s decision making, even if the price is low. To be more effective still, the design of feedback mechanisms has to be clear, easy to understand and regularly provided. It would be ideal to provide account information more often than in the form of a monthly (or even yearly) energy bill.

In pilot studies, meters have been moved out of the basement and into more prominent places in the home, such as the kitchen. Another promising approach is the use of smart meters that display accurate real-time information on energy use in the home via instant, visual feedback.

Even with this information, it can still be difficult to persuade people to undertake energy-saving investments such as insulating their homes or exchanging their inefficient heat pumps. In behavioral economics, we refer to the causes of this glacial change as status-quo effects, inertia bias, hyperbolic discounting and present bias.

To overcome these hurdles, one set of trials in Britain focused on why people did not take up financial incentives to reduce energy consumption by insulating their homes. It found that people avoided the hassle of clearing out the attic.

A “nudge” was designed whereby the insulation firm would clear out the attic, dispose of unwanted items and return the rest after the insulation has been completed. In behavioral economics terms, the nudge worked with “goal substitution.” It proved very effective, triggering a threefold increase in the taking up of insulation grants.

People are “social animals” that long for belonging and social reward. We follow the mainstream and adapt to social norms. This is a bias energy policy can build on. Information campaigns and testimonial social marketing can have an effect on norms.

For instance, it can change views on which car sizes are popular and acceptable — or whether a solar panel on the roof is a status good and hence socially rewarded. Private and public campaigns can then remind people of these norms and activate them, right at the point of purchase.

Obviously, it is much easier to capitalize on existing norms (e.g. sorting waste, not littering, turning off the lights) than creating and stabilizing new ones.

And yet the installation of an attractive urban infrastructure can make a big difference. Imagine a fast and clean public transportation system, streets that are easily walkable and safely “bikeable.” Imagine as well a restrictive parking management that is paired with incentives for electric vehicles (such as using bus lanes, prioritized parking and tax breaks).

Such a scheme can have profound effects on making people switch to more environmentally sound mobility styles. The measures will be even more effective if targeted at groups that drive most (men, the middle-aged and those with higher income and education). These are all groups for whom transport has a high practical and emotional appeal.

Consumption is a process that starts from need reflection. It goes on with information search and elaboration of alternatives. Different policy measures — such as editing out choices, framing information, using hard and soft defaults, creating useful and intuitive labels, creating and capitalizing on supportive social norms, making prices “fair” via subsidies and taxes — provide incentives at different decision points.

Either way, whether at the global, national, local or consumer level, it is stunning to see just how much of the anticipated — and very much needed — changes entail “nudging.”

For that, the world should thank Cass Sunstein, even if his time in government service proved so controversial. Change is never easy — and it certainly does not — and must not — depend on the personality and policy choices of an individual.

Nudging has begun to become a movement. It has the potential to become an incredible power source, nowhere more so than in the energy field. It promises so much more than just “energy-smart lifestyles.”

Energy demand usually only attracts consumers' attention — which is the pre-condition for behavioral change — when it comes to paying the energy bill.

One set of trials in Britain focused on why people did not take up financial incentives to reduce energy consumption by insulating their homes.

At the global, national, local or consumer level, it is stunning to see just how much of the anticipated — and necessary — changes entail "nudging."

Energy demand usually only attracts consumers' attention — which is the pre-condition for behavioral change — when it comes to paying the energy bill.

One set of trials in Britain focused on why people did not take up financial incentives to reduce energy consumption by insulating their homes.

At the global, national, local or consumer level, it is stunning to see just how much of the anticipated — and necessary — changes entail "nudging."