How can Germany lead the way towards a federal Europe?

How can Germany lead the way towards a federal Europe? 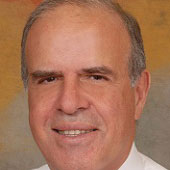 It may be argued that both the onset and the deepening of the eurozone crisis are caused by Germany’s equivocation in her leadership role, wavering between devotion to the paramount aim of building a federal Europe and ensuring that Europe’s evolution is shaped according to her own views and national interests.

Despite repeated warnings and strong concern expressed not only by experts, but also numerous political leaders, including most notably President Obama, Germany is stalling in taking the steps necessary to resolve the crisis.

A cynic might note that the continuation of the crisis has so far benefited rather than damaged Germany’s economic interests. The euro/dollar rate is kept lower than it would be in the absence of a crisis, thus helping German exports. In addition, the German government’s borrowing rates are lowered by the flight of capital from the bonds of eurozone countries into German bunds.

But there are recent indications that even the German economy is slowing down and, before long, is bound to be adversely affected by the contractionary policies of its European trading partners. In any case, it is unthinkable that a policy of procrastination, which heightens the risk of a financial meltdown, might consciously be pursued solely for national advantage.

What are the measures necessary to end the crisis that Germany has resisted taking? The first one is the creation of a European Treasury. The common treasury must be able to raise taxes across the eurozone, coordinate and control national fiscal policies, issue bonds and perform all the functions required of a federal state treasury, while being accountable to the European Parliament. There is no doubt that this would be a truly great step forward in the deepening of European integration and the realization of a federal state.

The second major necessary reform concerns the role of the European Central Bank (ECB). The ECB should be responsible not only for the containment of inflation but also for the proper functioning of the financial system across the eurozone. It must be empowered to control the banking system without constraints and, in exchange, operate without inhibitions as the lender of last resort for both financial institutions and national treasuries.

Either one of these two reforms would be, in all likelihood, a sufficient response to the crisis. The two reforms constitute jointly the first-best solution to Europe’s financial problems. If they were adopted, not only could the present crisis immediately come to an end, but it might also serve as a decisive step towards a federal Europe.

This would be in the best tradition of European integration, which has tended to proceed by resolving problems caused from incomplete though politically feasible previous measures. But politicians, with their eyes firmly fixed on their electoral chances and on political alliances necessary to governmental coalitions, are not currently ready for such major advances.

Opposition to the creation of a European Treasury is, of course, understandable among euro-skeptical political parties. Any move towards a common treasury clearly implies a reduction of national sovereignty, as national fiscal policy will need approval and may be subject to a possible veto by institutions at the European level.

Moreover, a common treasury would have to take a view of the economic situation and needs throughout Europe and redistribute resources, most likely from the strongest to the weakest countries and regions. Thus, it is not surprising that political leaders in Germany and other economically strong countries tread cautiously with respect to this reform.

Despite the attempt by Jean-Claude Trichet, former president of the European Central Bank, to put the creation of a European finance minister on the agenda, all that is being contemplated at present is stricter monitoring of public finances and the imposition of sanctions if agreed plans are violated. This is clearly insufficient and does little to alleviate the crisis.

The German opposition to expanding the power and responsibilities of the ECB is more difficult to understand. This is based on the fear that, by allowing the ECB to directly lend to governments, the euro will be debased and hyperinflation will follow, as happened to the Weimar Republic’s mark in the 1920s.

But central banks all over the world lend to their governments without causing hyperinflation. The remote possibility of huge mismanagement sometime in the future does not justify taking today the extreme risk of a financial meltdown that can easily be averted by an adequately empowered central bank.

As Willem Buiter, Citigroup’s chief economist and former board member of the Bank of England, has noted: “The blanket prohibition against directly lending to governments is complete idiocy….. Just because it can be mismanaged does not mean you have to throw the tool away. You can drown in water but it does not mean you cannot have a glass when you are thirsty.”

The “red line” drawn by Mrs. Merkel when she declares to the German parliament that “all models that depend on ECB participation are off the table” seems to be a case of unfounded, pure prejudice. Let us hope that it can be overcome quickly as, unfortunately, the crisis is more likely than not to become deeper and spin out of control.

It is now imperative that national prejudices are set aside and Germany reasserts the primacy of the European project by leading the way towards a federal Europe. This means that two things should be done immediately: First, empowerment of the ECB to lend to solvent states, so as to calm the waters and restore confidence in financial markets.

This could be done at once, without requiring a change in the treaties, by using the IMF as the conduit for such lending. Second, immediate announcement of a summit to prepare a new European Treaty establishing a common treasury and making a major advance in the construction of a federal European state.

The creation of a European Treasury would be a truly great step forward in the deepening of European integration and the realization of a federal state.

The ECB must be empowered to control the banking system without constraints and, in exchange, operate as the lender of last resort.

The "red line" drawn by Mrs. Merkel when she declares that "all models that depend on ECB participation are off the table" seems to be unfounded, pure prejudice.

The creation of a European Treasury would be a truly great step forward in the deepening of European integration and the realization of a federal state.

The ECB must be empowered to control the banking system without constraints and, in exchange, operate as the lender of last resort.

The "red line" drawn by Mrs. Merkel when she declares that "all models that depend on ECB participation are off the table" seems to be unfounded, pure prejudice.

Don Berwick and the Railroading of America’s Social Sciences