China’s time to lead the WTO has come. 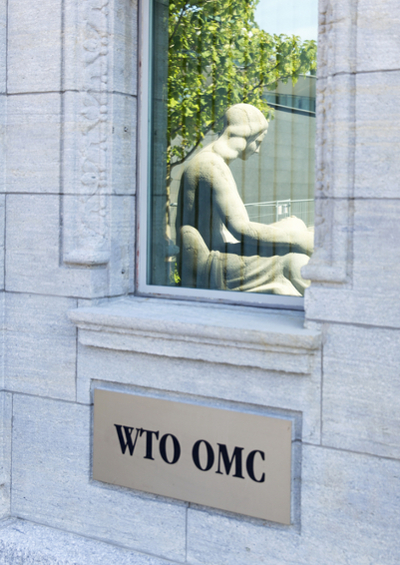 Following the fiasco of the WTO ministerial meeting in Seattle in 1999 then Director General Mike Moore expressed the anxiety that the WTO might become the “League of Nations” of the world economy: irrelevant and impotent.

Two years later, at the ministerial meeting in Qatar, two momentous events took place: the ascension of China to membership of the WTO and the launching of a new trade round, an initiative that had so dismally failed two years earlier in Seattle, known as the Doha Development Agenda (DDA).

There was renewed hope that the multilateral rules-based global trade agenda would move forward and adjust to the new realities and the new players.

I was neither in Seattle, nor in Doha, but I attended the following ministerial meeting held in Cancún in 2003. It collapsed in vitriol.

No rudder or compass

What struck me then and has stayed with me since was the total absence of a common wavelength between the existing, established actors – known as the Quad: Canada, EU, Japan and US – and the new emerging actors, who had joined forces in a loose coalition, the G20, headed by Brazil, China, India and South Africa.

There was a failure on both sides to adjust to the new global economic realities: the established powers seeking to hold on to the prerogatives they had built up over the decades, the emerging failing to assume leadership beyond essentially obstructionist positions.

I likened the WTO then to the Tower of Babel. As the years have passed, to mix metaphors, one might suggest that the global trade agenda has been driven by a flock of headless chickens in slow motion.

They have gone into all sorts of directions – with so-called mega-regionals among the current hot-spots – but without any overall sense of direction. The global trade agenda is lacking a rudder and a compass.

The rise of China

Global conditions have changed enormously since 2001. Whereas in 2001 China was still a relatively minor economic and trading power, the most important transformation by any criterion has been its rise as an economic superpower and a global mega-trader. Whatever happens in the future that will remain the key feature of the early 21st century.

Without wishing to belittle the significance of other developments, notably the rise of the other emerging economies, China’s ascension to mega-trader (and increasingly mega global investor) is the contemporary mega-event.

Following a decade of transformative turbulence, as the curtain rises on the global stage it is now clear that there are three mega-traders: the EU, the US and China. While China’s rise has taken place at breath-taking speed, and it continues its ascension at the expense of the other two of the trio, it is also the most vulnerable.

China is most vulnerable for a series of interconnected reasons:

■ Unlike the EU and US, China is still growing fairly vigorously both economically and demographically. Arising from the three-decade-old one-child policy, the population per se is not so much increasing, but consumption is steeply.

As hundreds of millions of Chinese have been lifted from poverty and joined the urban middle-income class, consumption is growing in every respect, notably in food, not just quantity, but quality. The vast Chinese population is moving up the food chain, requiring, among other things, huge increases in grains.

With over 20% of the world population and less than 7% of the world’s arable land, for China food security is an obsessive top priority. This issue of global security of supply applies to many other products, notably oil, now that China has become the world’s biggest net importer, as well as other commodities and raw materials.

■ China’s sources of supply are spread across the globe, including Southeast Asia, Central Asia, Europe (notably Ukraine), Australia, the Middle East, Africa, Latin America and North America. The US and the EU are less exposed, more self-sufficient.

Also, whereas the US has strong geopolitical and military positions that can protect its vital global economic interests, China is not (at least not yet) a global geopolitical power. The US can (or believes it can) get its way globally by the use of force if necessary. China can’t.

To cite one example: whereas China is now the greatest importer of Iraqi oil, it has no military and little political leverage. The US could invade Iraq in 2003, China cannot. The US can flaunt the rules. China desperately needs and depends on a global rules-based regime, even if they are rules China itself did not write.

■ Whereas the established duo, the EU and US, can gang up on China, China cannot hope to ensnare the US or the EU to gang up on either one of them. This is precisely what is happening with the mega-regionals.

Since the US and the EU can no longer get their uncontested way in the WTO, they are taking their marbles to play in another patch: the TTIP (the trans-Atlantic trade and investment partnership).

As the proposed rules setting is taken away from the multilateral institution to a preferential regional framework, China, its size notwithstanding, is left outside.

■ The same phenomenon is occurring in China’s neighbourhood. Thus the US can entice Brunei, Singapore, Malaysia, Vietnam and Japan to join a trade pact – the TPP (trans-Pacific partnership) – that deliberately excludes China.

Imagine if China were to try to do the same in the US’s Latin American neighbourhood! Both globally and regionally, including in its own region, China is at a considerable disadvantage and hence considerably vulnerable.

All quiet on the western front

It seems highly unlikely that either Washington or Brussels will make any major effort to bring the trade agenda back to the WTO. Increasingly Mike Moore’s nightmare is becoming a quite flagrant reality.

The ministerial meeting in Bali in late 2013 appeared for a brief instant to give a ray of hope. Seven months later it seems it was illusory.

At a Chatham House trade conference in June this year, the “Bali package” was described by one expert as “1% substance, 9% promises, 90% PR”. It is sad to be so cynical, but as the years have passed since Cancún it is difficult not to be.

Nor can any major initiative be expected from any of the emerging economies, as most now seem mainly preoccupied with domestic affairs. None have a global exposure remotely approximating that of China, hence whether individually or collectively (as in the G20), things are likely to remain quiet on that front.

China is extremely reluctant to assume a leadership position for a whole variety of understandable reasons. It also has its domestic economic problems and faces various uncertainties. As the new kid – even if a very big kid – on the block, it lacks leadership experience and capabilities.

Indeed for much of the last two-hundred years, China was a pawn, not even a player, on the global chessboard. China lacks allies and the soft power to generate legitimacy and support were it to assume leadership.

But the bottom line is that China has no choice. If China does not assume leadership in the global rules-based multilateral trading system, it will continue to drift, possibly collapse. This would be a great loss and possibly tragedy for the planet, but most of all for China. There comes a time and that time has come!

China has no choice. If it does not assume leadership in the global trading system, it will possibly collapse.

China is extremely reluctant to assume a leadership position in global trade.

Washington or Brussels are not like to be the ones bring the trade agenda back to the WTO.

China desperately needs and depends on a global rules-based regime.

It is now clear that the three mega-traders on the global stage are the EU, the US and China.

China’s ascension to mega-trader (and increasingly mega global investor) is the contemporary mega-event.

China has no choice. If it does not assume leadership in the global trading system, it will possibly collapse.

China is extremely reluctant to assume a leadership position in global trade.

Washington or Brussels are not like to be the ones bring the trade agenda back to the WTO.

China desperately needs and depends on a global rules-based regime.

It is now clear that the three mega-traders on the global stage are the EU, the US and China.

China’s ascension to mega-trader (and increasingly mega global investor) is the contemporary mega-event.

8 Examples of Rampant Sexism in Brazil