The Green New Deal as a Transatlantic Challenge (Part II)

Could a Green New Deal be a pillar of successful transatlantic cooperation in the 21st century?

Could a Green New Deal be a pillar of successful transatlantic cooperation in the 21st century? 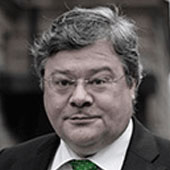 Advocates of a Green New Deal make two main points: First, the Green New Deal will help create new jobs and foster social equity. Second, it will make our economies more competitive. Thus, all those who refuse to buy into the environmental aspects of the Green New Deal should instead focus on the economic benefits.

Let’s talk jobs. According to a study by the Center for American Progress, the American Clean Air and Security Act and the American Recovery and Reinvestment Act will together create green investment of $150 billion per year over the next ten years — resulting in 1.7 million new jobs.

All together, currently 8% of the German economy (and 2.2% of the economy of the EU-25) is considered eco-business. According to a study by the German Institute for Economic Research (DIW), by 2020 the eco-sector will surpass machine building and the car industry as Germany’s preeminent sector.

But a Green New Deal goes beyond developing an eco-business sector. It rather advocates a comprehensive strategy for greening all industrial sectors built on three pillars: renewable energy, energy efficient low carbon technology and green infrastructure.

If the EU embraces this strategy, it could create five million new green jobs over the next five years. EU commissioner Almunia put it this way: “Put green growth at the heart of the agenda.”

Take the automobile industry as an example. Dieter Zetsche, the CEO of Daimler, recently said, “We must re-invent the automobile.” He’s right, and it will have to be done under negative market conditions. A recent study of global automobile production by ALIX Partners predicts the most difficult and threatening situation for that industry since World War II.

However, it is clear that the race towards energy efficiency will determine which companies will survive. In paraphrasing Thomas L. Friedman, I would say: Whoever gets the greenest the fastest with the smartest technology, that’s the auto company that will lead the industry in the 21st century.

Or take the construction industry. Energy efficient houses and green buildings are going to be the norm in the near future — due to the necessity of saving energy. We will have low-energy houses, or perhaps even energy-producing houses.

I’m not talking about fantasy land here — I’m talking about technologies that BASF, for example, already has. Here is an interesting figure: China will construct as many new buildings between now and 2020 as currently exist in the EU-15. Who will build those houses under what standards and with what technologies? Isn’t it obvious that the greenest solution has the best chance of winning the economic competition?

There is bound to be competition between companies and nations over who will most successfully ride the green wave. This competition is necessary, and it is going to help to speed up the transition we need to undertake. But I would also argue that both the EU and the United States would be more successful if there were more green cooperation than we have had so far.

The new U.S. administration opens many options for such cooperation, and the upcoming review of the Emus Lisbon strategy can also be used as an opportunity to move forward with more green ambition.

Neither side yet has a comprehensive industrial policy for eco-innovation. However, each side does have some positive experiences that can be valuable to the other.

For example, the United States has an environmental technology verification scheme well established. The EU is planning to set up its own. Can there be mutual recognition?

Also, the EU has experience with promoting renewables that the United States can learn from. The German feed-in-tariff, in particular, is an extremely efficient policy at low cost to consumers, resulting in a huge benefit to the economy. Can this work in the United States too?

In addition, the EU Emission Trading System for CO2 certificates is putting a price tag on CO2 from energy production and from industrial production, while the United States is devising its own cap-and-trade system. How soon can these two mechanisms be connected?

New technologies need new standards. Why should there be competing standards for green technologies between the United States and the EU? Wouldn’t it help both sides to cooperate here?

Also, why isn’t there a stronger exchange of experience concerning regulatory and financing mechanisms? And what use could the United States make of the EU's experience with the Eco Design Directive? Couldn’t we cooperate in defining the extension of this approach from energy-consuming products to energy-related products?

It is important to remember, however, that there has been obvious progress with regard to transatlantic green cooperation.

For instance, the Prague U.S.-EU summit agreed to include “common approaches to combat climate change and to speed up transition to greener and cleaner transatlantic economies” in the future work program of the Transatlantic Economic Council (TEC). Commissioner Verheugen told me recently how much the EU Commission wants to make this a centerpiece of the TEC road map.

Furthermore, the European standardization organizations CEN and CENELEC used their 2009 Madrid conference to discuss the contribution of standardization to eco-innovation. I do hope there will be intensive efforts for transatlantic cooperation in this field.

What I would like to stress, though, is a sense of urgency. Whatever progress is being made in the direction of a Green New Deal, we’re still far off the mark. More than that, right now it looks like we may be losing a race against time. Climate change is still making the world a hotter place, while the economic recovery is dragging its feet.

Therefore, what we need are more ambitious initiatives, more daring policies and more far-reaching cooperation between policymakers and the business community and the public and non-governmental organizations.

Let me end on an optimistic note. While the odds are shrinking that we will have a diplomatic climate breakthrough in Copenhagen at the end of the year, it is in fact an industrial initiative that I want to cite as a signal of progress.

I am speaking of the Desertec project. Twenty major European companies, many from Germany, are getting together to pursue a €400 billion investment into solar energy production in Northern Africa that could, hopefully, meet up to 15% of the EU's energy demand by 2050.

Why does this make me optimistic? For two reasons. First, because it represents a new economic rationale. Going green from this perspective is no longer about burden sharing, it’s about opportunity sharing. Second, because it happens in the midst of our economic crisis, it gives credibility to the assertion that going green will help in getting out from the hole that we’ve dug.

As I said, green has begun going mainstream. The Green New Deal is in fact underway. As a Green, I welcome that. Like it or not, the truth is that Green can’t succeed without business — and business can't succeed without Green. Let’s muster all our can-do spirit and make sure that going green and eco-innovation will be a pillar for successful transatlantic cooperation in the 21st century.

We need more ambitious initiatives, more daring policies and more far-reaching cooperation between policymakers and the business community and the public and non-governmental organizations.

All those who refuse to buy into the environmental aspects of the Green New Deal should instead focus on the economic benefits.

We need more ambitious initiatives, more daring policies and more far-reaching cooperation between policymakers and the business community and the public and non-governmental organizations.

All those who refuse to buy into the environmental aspects of the Green New Deal should instead focus on the economic benefits.

The Green New Deal as a Transatlantic Challenge (Part I)