The Price of Liberty 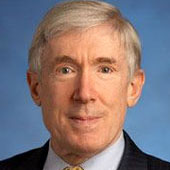 In preparing the United States for the financial challenges of the war on terrorism, the Cold War offers an instructive lesson: threats — and perceptions of threats — will ebb and flow. As they do, public support for the funding of key security programs is likely to ebb and flow as well.

Sometimes cuts were appropriate, since more than a few military programs were overfunded — and some were simply included in the budget because they were initiated or sustained by what President Eisenhower called the “military industrial complex.”

But there also were times when demands for cuts intensified as the result of congressional or public frustration with the size of military spending, the lack of progress of a war — or general dissatisfaction with the policies of the administration in office. Often, these cuts were made without a strategic assessment of their impact on national security.

During the Cold War, when public support declined, budget cuts generally took place from a high base. But that is not the situation for many U.S. homeland security programs today.

Many areas of homeland defense have not received sufficient funding from the start. As noted by the 9/11 Commission, in several areas, including infrastructure protection, spending is frustratingly inadequate. Any cuts are likely to come from a low base, adding to the nation’s vulnerability.

Future leaders could confront problems like those faced by President Truman early in the Cold War, when members of Congress, intent on reducing the budget deficit, attempted to thwart his requests for funds to assist nations threatened by the Soviet Union.

If the United States suffers from bloated deficits, future presidents will be hamstrung in funding vital initiatives to help other countries build participatory political institutions and strengthen internal security capabilities. They will face difficulties in addressing basic human needs, establishing free market institutions, improving secular education and mounting antiterrorist security campaigns. All are essential components of the war on terrorism.

Although there are numerous similarities between the financial challenges of the Cold War and those of the war on terrorism, there also are significant differences. The Cold War involved massive military spending on both sides — but the war we face today is financially asymmetrical.

Terrorist acts generally cost the perpetrators only a few hundred thousand dollars — but cost the victim country much more. In a highly publicized videotape released in October 2004, Osama bin Laden underscored this point by referring to the estimate of a British diplomat that Al Qaeda “spent $500,000 on the event [9/11]” while the United States “lost … more than $500 billion.”

Describing his efforts to oust the Soviet army from Afghanistan, bin Laden boasted that “the Mujahadeen bled Russia for ten years until it went bankrupt and was forced to withdraw in defeat. . . . So we are continuing this policy of bleeding America to the point of bankruptcy.”

The United States will have to spend hundreds of billions of dollars on intelligence, weapons, technology and homeland protection to prevent subsequent attacks. Many billions more will be needed for recovery should an attack occur.

The notion of bankrupting enemies into collapse or submission, an important part of the United States’ eventual Cold War strategy, will not be available in the global fight against terrorism.

And there is yet another difference. What came to be known as the “balance of terror” in the Cold War deterred each side from directly attacking the other. As we have so painfully observed, there is no such constraint in the war on terrorism.

Indeed, one of the terrorists’ main goals is to attack the United States, perhaps with chemical, biological or nuclear weapons capable of killing enormous numbers of people and seriously disrupting the U.S. economy. As devastating as the 9/11 attacks were, they did not impact critical transportation or communications infrastructure.

Exploding a “dirty” nuclear bomb in a major port or transportation center, in addition to inflicting large numbers of casualties, would be far more harmful to the economy than the 9/11 attacks.

It could shut down the supply chain for vital energy, food, manufacturing components, and other items for a prolonged period — and throw hundreds of thousands of people out of work. Such infrastructure is likely to be a choice target in the future.

Given the pressures from the other parts of the budget, the Pentagon bears a heavy responsibility to show that it is using its funds with maximum efficiency and effectiveness.

To ensure that defense budgets are credible, the Pentagon will have to constantly reallocate resources to meet fundamental priorities — and jettison less vital systems and programs. Cold War programs designed for a different era will need to be dropped in favor of systems to fight contemporary wars.

The General Accountability Office observed that the Pentagon’s “requirements process generates more demand for new programs than fiscal resources can support” and warned that if these practices continue, “draconian, budget-driven decisions will have to be made later.”

Unless mandatory payments for Social Security, Medicare and Medicaid are reined in or inflows are significantly increased, discretionary appropriations, including the United States’ defense and homeland security expenses, will be squeezed.

In 2006, spending on Social Security, Medicare, Medicaid and interest on the federal debt amounted to just under 60% of government revenues. If they continue on their current path, they will account for two-thirds in 2015.

In curbing explosive Social Security and Medicare growth, U.S. leaders should apply the very simple yet politically essential principle that has governed the country’s fiscal policy during other challenging periods: equity.

Those who can pay more for, or whose financial circumstances enable them to rely less on, these programs should be called upon to do so.

U.S. leaders must begin a candid national dialogue on these issues, laying out the costs of mandatory programs over the next several decades alongside those of defense, debt service and other needs — and examine how these figures stack up against the revenues that will be available.

If mandatory social programs are to be brought under greater fiscal discipline, Defense Department spending must be subject to a similar effort. As Eisenhower recognized, cutting waste and inefficiency out of the Pentagon’s budget is neither unpatriotic nor harmful to U.S. security.

To the contrary, undisciplined military spending weakens the nation’s security by wasting money that could go to higher security priorities and by undermining the public’s support.

The government must also renew its commitment to heeding Eisenhower’s warnings regarding the military-industrial complex. The allocation of funds to contractors during the Iraq War has led to charges of waste and favoritism, and the public and Congress need to be reassured that taxpayer money is being used to maximum efficiency.

While U.S. servicemen and —women are sacrificing their lives, the thought that companies are making untoward profits due to the mismanagement of contracting and procurement damages Pentagon credibility.

Tough questions will need to be asked and publicly debated: Which national security programs are vital? Are some vital programs being underfunded while less important ones are provided disproportionately large amounts?

Is homeland security money being allocated based on risk assessments or on political influence? Are important measures to improve security at home and abroad being sacrificed because so much money is going to the Iraq War?

Decades of success in mobilizing enormous sums of money to fight large wars and meet other government needs have led Americans to believe that ample funds will be readily available in the event of a future war, terrorist attack or other emergency.

But that can no longer be assumed. Budget constraints could limit the availability or raise the cost of resources to deal with new emergencies. If government debt continues to pile up, deficits rise to stratospheric levels and heavy dependence on foreign capital grows, borrowing the money needed will be very costly.

If mandatory social programs are to be brought under greater fiscal discipline, Defense Department spending must be subject to a similar effort.

The "balance of terror" in the Cold War deterred each side from directly attacking the other. There is no such constraint in the war on terrorism.

The Pentagon bears a heavy responsibility to show that it is using its funds with maximum efficiency and effectiveness.

The Cold War involved massive military spending on both sides — the war we face today in financially asymmetrical.

If mandatory social programs are to be brought under greater fiscal discipline, Defense Department spending must be subject to a similar effort.

The "balance of terror" in the Cold War deterred each side from directly attacking the other. There is no such constraint in the war on terrorism.

The Pentagon bears a heavy responsibility to show that it is using its funds with maximum efficiency and effectiveness.

The Cold War involved massive military spending on both sides — the war we face today in financially asymmetrical.