How should the United States work within the WTO framework to effectively limit carbon emissions?

How should the United States work within the WTO framework to effectively limit carbon emissions? 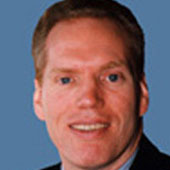 It is one thing to propose a cap and trade system to limit greenhouse gas emissions, as President Obama did in his recent budget. But it’s altogether another proposition to find the votes to pass such legislation in the U.S. Congress.

There is a growing consensus that for a bill to be successful — especially in the Senate — some measures to address the competitiveness impact of a cap and trade scheme will be required.

It is simply politically unrealistic for any government to impose significant additional costs on their national economies and not take steps to ensure a level playing field. But there are real risks if these plans simply ignore existing WTO rules that bind most major players in the climate change discussions, including the United States and the European Union.

From a WTO perspective, the biggest risk comes when the United States or any other nation acts unilaterally.

The seminal case on using trade measures to serve environmental purposes is known as the Shrimp-Turtle case. In that case, the WTO Appellate Body issued a clear warning that WTO members — when attempting to act in areas not clearly defined under international rules — should first always make a good faith attempt to reach an international understanding recognizing the diverse circumstances facing different countries.

So while the Congress debates the contours of a U.S. cap and trade system, we should send out our negotiators to seek a new climate change trade agreement.

The purpose of such an agreement would be to set up a set of common rules for addressing the competitiveness issue. But it is also important to consider how other aspects of each nation’s system will interact with the climate change regimes of other nations.

We should be working to promote linkages between the various cap and trade systems and thereby increase the efficiency of all the cap and trade schemes around the world.

The need for promoting linkages between systems is one of the best reasons why the United States should not pursue a carbon tax as an alternative to cap and trade.

While in many respects a carbon tax would be a simpler system to administer, it would not be easy to link it up to the EU ETS.

If a U.S. carbon tax were imposed on imports and rebated on exports like a value added tax (VAT) system under WTO rules, the United States would either have to impose it on imports from countries like the EU that have cap and trade systems or face a most-favored-nation problem.

This would lead to unnecessary trade conflicts between the United States and the EU. Let’s not recreate the problems that exist in international tax policy — where the United States has a fundamentally different system than much of the rest of the world.

The United States needs to work with other countries like the EU to have a coordinated approach to climate change regulation, so that international companies can trade allowances between countries and ensure they do not face double taxation or double regulation due to inconsistent or incompatible systems.

How best to proceed? The first step is to move forward immediately to begin good faith negotiations on addressing climate change in a manner that involves all nations. At the same, the United States should act domestically to demonstrate that it will do its part to begin reducing greenhouse gas emissions.

Recognizing that the negotiations may take time, the United States could, during an interim period, follow EU the approach of giving free allowances to energy-intensive industries while international negotiations are under way.

From a political perspective, it appears that some form of allowance requirement for imports will be needed in domestic law. But this can be established as a backstop — a measure to take only as a last resort — and could be accompanied by authority that would allow U.S. negotiators to negotiate exceptions or waivers in return for commitments by other countries to take comparable action.

The ultimate goal for the United States should be a new set of international trade rules for cap and trade systems that establish a common approach to border issues. These rules should allow purchase and use at the border of allowances from other countries’ cap and trade systems — free trade in allowances — which will improve the efficiency of each system and avoid conflicts.

The United States can also promote increased access to the U.S. carbon market as a carrot to get other countries to adopt their own cap and trade schemes.

For example, Congress should consider only accepting allowances or offsets from countries that have taken comparable action — with a preference for those countries imposing their own caps on greenhouse gas emissions.

In addition, we should consider negotiating sectoral agreements for those energy-intensive industries that support such an approach internationally.

Such agreements could establish common standards for the adoption of emissions reductions technologies. As an added incentive, we could give preference to imports from those countries that have signed on to international sectoral agreements for key energy-intensive products.

Meanwhile, an urgent agenda at the WTO must be to address the free allowance issue. We must establish common rules on how to treat free allowances under WTO subsidy rules.

One option would be to create a new “green light” category that exempts free allowances from trade action under certain defined circumstances.

To accomplish all this, the Obama Administration will need clear negotiating authority from the Congress — something like the trade promotion/fast track authority that has been used for trade negotiations.

Under such an approach, the Congress would set out the general parameters of what it wanted our negotiators to accomplish and obtain commitments for regular consultations between the Congress and U.S. negotiators. In return, it would agree to an up or down vote on any agreement brought back. This would at least give us a fighting chance at addressing these critical issues in a coordinated and constructive manner.

Make no mistake. International negotiations to address climate change and the competitiveness/leakage issues will not be easy. But given existing WTO rules — as well as the need for international coherence to solve these issues — there really is no alternative. The time to start is now.

Let's not recreate the problems that exist in international tax policy — where the United States has a fundamentally different system than much of the rest of the world.

To accomplish all this, the Obama Administration will need clear negotiating authority from the Congress.

While the Congress debates the contours of a U.S. cap and trade system, we should send out our negotiators to seek a new climate change trade agreement.

Let's not recreate the problems that exist in international tax policy — where the United States has a fundamentally different system than much of the rest of the world.

To accomplish all this, the Obama Administration will need clear negotiating authority from the Congress.

While the Congress debates the contours of a U.S. cap and trade system, we should send out our negotiators to seek a new climate change trade agreement.