Can the U.S. Kick Its Carbon Habit?

President Obama has set ambitious carbon emission goals for the United States. Can it rise to the challenge? 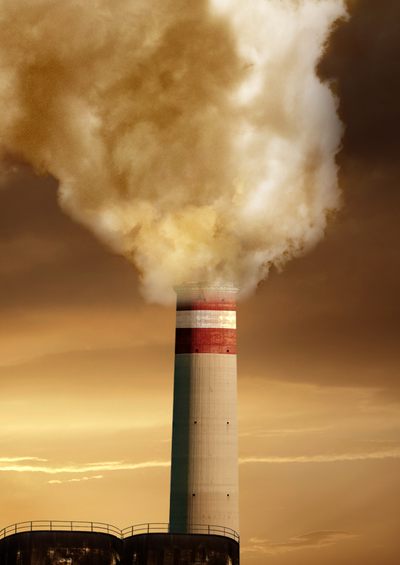 In his landmark agreement with China to address climate change, President Barack Obama has set an ambitious target for the United States to reduce its carbon emissions by 26 to 28% from 2005 levels by 2025.

A cornerstone of the Obama Administration’s climate policy to achieve this 2025 target is its Clean Power Plan to regulate carbon emissions from the nation’s power plants, which account for 32% of U.S. carbon emissions.

The success of the plan may lie in the hands of America’s homeowners. With natural gas and fuel oil included in the energy mix, heating, cooling and powering homes account for 22% of total U.S. energy consumption and 20% of CO2 emissions.

Under the Clean Power Plan, power plants that run on fossil fuels will have four options to reduce their carbon emissions. Three of these require costly investments in supply-side infrastructure: improving fuel efficiency, converting to lower-emission fuel sources (such as from coal to natural gas), or shifting to renewable energy sources or nuclear power.

The fourth, more cost-effective approach is to reduce demand for electricity. Power plants would provide consumers with incentives to invest in energy-efficiency improvements that save them money.

The potential for energy savings is substantial. Home performance contractors across the country are able to achieve energy savings of 30 to 55% on heating and cooling for homeowners – just by installing insulation in attics, basements and crawlspaces, reducing air leakage, sealing ductwork and upgrading old HVAC equipment.

This retooling alone could achieve a significant portion of the 2025 carbon emissions target. It would also create jobs: Every thousand homes that complete a home efficiency retrofit each month across America put to work about 600 contractors and energy auditors.

Is this demand-driven approach to make America’s homes energy-efficient achievable?

It is easier said than done. Despite state energy program and utility incentives in nearly every state for homeowners to implement energy-efficiency improvements, homeowner demand remains sluggish.

This is not for want of trying through federal initiatives. President Obama proposed a Homestar program in 2010 to provide incentives for homeowners to implement these improvements.

Vice President Joe Biden launched a Recovery through Retrofit program to jumpstart the market for home efficiency retrofits. “Imagine a country where we have 100 million energy-efficient homes,” said Vice President Biden. “There is no reason on God’s green Earth that we can’t do that.”

Yet, four years later this vision remains elusive. What must be done to achieve it?

Fortune 500 companies are already taking the lead to reduce their own carbon emissions through well-structured sustainability programs and to engage their employees in embracing more sustainable lifestyles.

3M, Cisco and Kimberly-Clark, for example, are promoting a Solar Community initiative to their employees that is spearheaded by the World Wildlife Foundation. It is the first nationwide bulk solar purchase program, which leverages the purchasing power of these companies’ large employee bases to offer more competitive pricing for solar panel installations.

Cox Communications has teamed up with SolarCity to launch a national employee solar program that provides incentives for their employees to install solar panel systems on their homes.

Over 1,000 contractors in more than 500 geographic markets across the country already implement a complete range of energy-efficiency improvements through incentive programs offered by state energy programs and utilities.

These contractors can also drive homeowner adoption through grassroots initiatives in neighborhoods, by enlisting homeowner associations and municipalities to adopt the goal of making homes energy efficient and then tracking their progress. As homeowners see their neighbors’ results in energy savings, they in turn will take action.

These combined measures hold the potential of giving rise to a nationwide movement to improve the energy efficiency of America’s homes. This would set America on a decisive course of action to meet the 2025 carbon emissions target, beginning in our very own homes.

President Obama has set ambitious carbon emission goals for the US. Can it rise to the challenge?

Every thousand homes that complete an efficiency retrofit put about 600 people to work.

The success of US emissions reform may lie in the hands of America’s homeowners.

“Imagine a country where we have 100 million energy-efficient homes" (Vice President Biden).

President Obama has set ambitious carbon emission goals for the US. Can it rise to the challenge?

Every thousand homes that complete an efficiency retrofit put about 600 people to work.

The success of US emissions reform may lie in the hands of America’s homeowners.

“Imagine a country where we have 100 million energy-efficient homes" (Vice President Biden).