Can we really turn around now and say to the developing world: How about changing the amount of beef you eat? 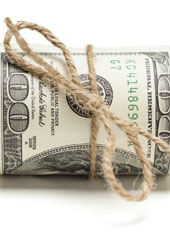 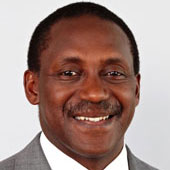 For the last 30 years, the global debate on the transformation required in the modern world has followed a predictable narrative pattern.

Whether through the UN channel, the World Bank or NGOs, the developed world has augustly given the developing countries this message: “Democratize your politics, liberalize your economies.”

That went hand in hand with specific promises: “If you do so, your reward will be that your economies will grow. You and your people will progress — and you will be able to consume like us.”

The underpinning of that set of promises, of course, was a message of unfettered consumerism, not least to advance the sales prospects of western companies.

You may or not agree with how I describe it, but this is very much how the narrative presented itself to somebody growing up in and watching it from the perspective of a developing country.

If you really want to be like an American, you will have an SUV parked in your garage as well. Some people even talked, far more ethereally, about spreading the global promise of Thatcher’s Ownership Society.

Either way, the West’s message was as clear as it was alluring: democratize, liberalize, and grow — and, if you do all that, you can consume like us.

As it turns out, a surprisingly large number of countries accepted that logic and became very serious about reforming their economic, political and social structures.

But now there is all of a sudden an unexpected, frustrating catch. For development to be sustainable on such a massive scale, production systems must change.

All of the production systems that have underpinned this growth and prosperity and this drive for globalization have been resource-intensive, energy-intensive and water-intensive.

But guess what? There is an undeniable question of resource scarcity. McKinsey published a report about this issue in November 2011, a thick document of almost 1,000 pages.

Some people reacted by saying, “Oh, here we go again. Malthusianism is back.” What I liked about the McKinsey report was that it was matter of fact about today’s reality:

Three billion more people will move into the middle class-most of them in Asia.

The trend is irreversible. Many developing countries’ economies are successful and have reached the point of self-sustaining growth, independent of world market gyrations.

People want to drive a car. They want to live in a nice apartment. They need a refrigerator. They need an electric iron and an air conditioner.

People will get wealthy, not just in Europe and the United States. It is happening elsewhere too — two billion of them in Asia alone.

And, of course, we need more raw materials, including copper, to make those things.

And so it was that, in next to no time, companies came for instance to my own home country, Sierra Leone, to get those minerals to satisfy the new demand they see in the world market.

So here we are. The old promise of “them as us” — the consumption pattern we explicitly promised to the people living in developing countries as a carrot — is hard, if not impossible, to deliver upon.

It has served the purpose of incentivizing the developing world to shape up its act, boost global demand and strengthen economic growth worldwide.

Given all that, can we really now turn around and say, “You know something? We know three billion of you are moving into the middle class. That’s all right. But how about changing how much beef you eat?

“And, while we are at it, can you please not ask for a big refrigerator, one as large as all the Americans, not just rich ones, have? And how about buying just a little car? Learn to rely on a Nano car, not a BMW.”

Both as a matter of democratic equality and economic justice, we cannot do so. Still, the noble intent of equality and justice clashed with our overriding reality: resource scarcity.

And make no mistake; we Africans very much have our own aspirations, too. We are fast on the Asians’ heels.

So, the world faces a real dilemma. One solution available to us is to move into sustainable production and consumption systems.

Resource efficiency is a valuable option: If we use less raw material, recycle more and reuse more material, we can make the resources currently available reach farther.

But no matter how effective our efforts at improving resource efficiency are, resource scarcity is real. So production systems must change.

That immediately translates into the challenge of dealing with the blowback from the big worldwide democratization push. For the sake of the environment, the task becomes to convince myself of the new realities, even as somebody who grew up in Sierra Leone and who is very much wedded to improving the fortunes of its people.

And the further challenge is to convince the broader masses of people in the developing world that, for the sake of the environment, they have to forsake what they have long been told to strive for, that is, the dynamic accumulation of material goods.

Instead, we are told collectively to consume less and change our lifestyles, whether it is energy, water and so on. That changes the debate from resource scarcity to self-denial and a distinct material self-impoverishment, despite decades of hearing the promise of plenty.

In political terms, this is the very frontline of applying not just well intended, but very necessary global standards to local conditions. That is an especially difficult task for politicians, whose habit seems to be the opposite — proposing the delivery of something out of nothing.

How do you as a politician convince your country’s population of the long-term green growth trajectory when they need jobs today?

The first conclusion I draw is this: Sustainable development is about a third industrial revolution. That is what it is. If you have not read Jeremy Rifkin’s book The Third Industrial Revolution, do so — and soon.

If we want to be successful in changing those production systems, we need an all-out effort and a fundamental rethink. This begins with the acknowledgement that this transformation will cost money.

The second conclusion is that we need to recognize that governments alone cannot do it. And neither can the private sector alone. Either side of this proposition may be hard to swallow for some. But it is an undeniable reality that we must shed any preconceived ideological blinders and be open to new pathways of thinking.

We Africans have our own aspirations, too. We are fast on the Asians' heels.

The West's message was alluring: democratize, liberalize and grow — and you can consume like us.

There is a catch: current production is so resource-intensive that is has to change.

How does a politician convince a country's people of the long-term green growth trajectory when they need jobs today?

We Africans have our own aspirations, too. We are fast on the Asians' heels.

The West's message was alluring: democratize, liberalize and grow — and you can consume like us.

There is a catch: current production is so resource-intensive that is has to change.

How does a politician convince a country's people of the long-term green growth trajectory when they need jobs today?