Does our correspondent view ecotourism differently after her excursion through China’s Yunnan province?

Does our correspondent view ecotourism differently after her excursion through China's Yunnan province? 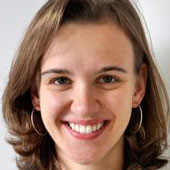 Assistant Executive Director, The Global Environment Institute, Beijing Lila Buckley is the assistant executive director for the Global Environment Institute, a non-profit organization based in Beijing, China. She also works as a freelance journalist for New Dimensions Radio in California and is an international correspondent for China Watch, the Worldwatch Institute’s Chinese environmental news service. […]

The cars picked us up last night around 6:30 to return to Lijiang. At first, we drove through nearly complete wilderness, and at times it was so bad we got out and walked while the cars made their way over boulders and through the mud.

Out here, there are no government slogans, no development efforts and no cell-phone signals. We are far from the China of the Party or of the booming economy of the Eastern cities.

It takes us nearly three hours to drive 23 kilometers to a village and paved road. I have never been so happy to see pavement in my life after the torturously bumpy ride. We eat dinner at the only restaurant in the village (which Lao Zhang had called earlier that morning to assure there would be food enough for our group).

My foreign face provoked a lot of the usual stares and hushed murmurings as we eat and walk through the village’s only road.

The final 100 kilometers back to Lijiang run through villages of the Naxi, Lisu and Yi minorities. It is all paved road and the cement-block realist style housing typical of socialist urban planning.

At an altitude of only 2,000-some meters, Lijiang is noticeably warmer than Laojunshan, and I have to open the windows of my hotel room to breathe easily. It feels strange to be back inside a building, but I don’t hesitate to take a shower before finally falling asleep around 12:30.

On a plane headed back to Beijing on this Monday morning. Our Laojunshan group shared a final meal together in Lijiang yesterday afternoon. We talked a lot about the Laojunshan Ecotourism Program — especially about how to preserve the arts, dance and ecological knowledge of the areas’ peoples in the face of globalization.

Lao Zhang, who has been at the forefront of the efforts to involve and organize the local people, explained how difficult it was to get them to understand the project, and we agreed that it requires personal connections and a lot of patience, that equitable development is easier said than done.

But we also agreed that the project had already made a great deal of progress — and Xiaoli pointed out that there has already been a large shift in collaboration and support among the locals, many of whom Lao Zhang had never even spoken with before the ecotourism program.

We also relived moments from the trek, poking fun at each other and retelling memorable moments. We noted how walking in the forest is so different from the city. In the forest, the more you walk the more energy you have — whereas in the city, you get tired much more quickly.

My thoughts turned to the notes I had made on the plane ride here as I looked out over the smog-covered hills of Beijing.

I am skeptical that any of this would be possible. I am doubtful even that “true” wilderness exists in China, and even more doubtful that more foot traffic would help protect it if it did.

But walking through this land, I saw not a static equilibrium of man versus nature, but a dynamic interaction of humans in their environment.

And what this area needs is a new model of exchange that will put market value on the diversity, thereby encouraging it to flourish. Based on what I have seen from this ecotourism cooperative and Lao Zhang’s strong leadership this week, this program might in fact be able to achieve this.

By the same token, the tour participants were able to appreciate an incredibly rich and diverse land and be humbled by both the natural landscape and by the ease of the locals as they navigate it.

Of course, there is also much room for improvement: More effort needs to be made to lessen the impact of the tours, especially as the number of tourists grow.

The trails were often so hard to see that we didn’t follow them, and simply tromped around the land willy-nilly, breaking branches and trampling spongy moss-covered ground for no reason.

What pained me the most throughout the journey was the amount of refuse I saw. Every day as I hiked, I picked up trash left by those before us — my pockets filled with candy wrappers, cigarette boxes, milk cartons, cracker boxes, tin cans and plastic bottles.

The group’s reaction to my trash collecting was mixed. At first they found it somewhat amusing. But I remained silent, hoping that my quiet trash collecting would make an initial statement — and create a foundation to build on as the program continued.

In many ways, however, my actions did feel futile. I know that these values are inherent in me and the society in which I grew up, and my own inability to litter should not cause me to judge others. But it just hurts so much to see this kind of disregard. So for now I continue to pick up trash and suffer quietly inside, contemplating a way to approach the problem in a constructive way.

Like so many things in life, it will take perseverance, love and patience. And despite what I am told by people here, I have discovered through these past empowering seven months working at GEI, that one person can indeed accomplish an awful lot.

And a handful of people working together can actually change the world.

The project is already doing very well in all of the three aspects that concerned me before arriving. The group was small enough to tread lightly on the environment. We ate locally produced and naturally growing foods as much as possible, and the tour group benefited the local Lisu youth.

The indigenous culture is greatly valued by the tourists — and they have a chance to feel strong and capable while leading the city folk through their homeland. It creates a rare platform for sharing between cultures and worldviews.

Assistant Executive Director, The Global Environment Institute, Beijing Lila Buckley is the assistant executive director for the Global Environment Institute, a non-profit organization based in Beijing, China. She also works as a freelance journalist for New Dimensions Radio in California and is an international correspondent for China Watch, the Worldwatch Institute’s Chinese environmental news service. […]