Europe, the United States and Their Common Challenges

How could the current economic difficulties faced by Europe and the United States strengthen the transatlantic alliance?

How could the current economic difficulties faced by Europe and the United States strengthen the transatlantic alliance? 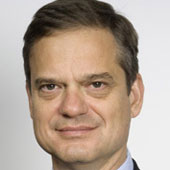 These days Europe and the United States share a common challenge, which is to restore sustainable growth after the deepest economic and financial crisis of the post-war period. Still, one gets the impression that, across the Atlantic, there is a more optimistic view of the ability of the U.S. economy to get back onto a growth path like the one before the crisis.

In Europe, attitudes are more cautious. The pre-crisis situation was probably unsustainable everywhere, partly due to the over-indebtedness of the private sector. Trying to return to those levels of activity may bring about financial conditions that could reinflate the bubble or turn it into a public debt bubble.

This diversity of views may partly reflect differences in the underlying positions of the two economies. There is no doubt that the potential for U.S. growth is higher than Europe’s, if only because of the stronger demographics and greater market flexibility.

Several European countries, where growth was stronger before the crisis, have shown a loss of competitiveness and will have to profoundly reform their markets in order to grow again. On the other hand, there is no doubt that the pre-crisis economic growth in the United States was accompanied by large internal and external imbalances, influenced by the expectations of firms and households being above potential.

Growth was also favored by deregulation and policies to stimulate demand that fed the imbalances. Trying to return to high growth rates may lead to behavior that could again prove unsustainable and lead to new excessive fluctuations.

Financial markets are assessing the policies implemented in different countries also on the basis of countries’ abilities to meet their commitments over time, particularly as regards debt repayment. This has an impact on the effectiveness of fiscal policy.

As long as agents have confidence in a state’s ability to repay its debts — owing to higher future tax revenues — fiscal policies can stimulate aggregate demand and offset the decline in private consumption and investment caused by the economic slowdown.

If, however, agents are concerned that future growth will not be enough to generate sufficient tax revenues to ensure the sustainability of public debt, they will tend to increase savings, weakening the effectiveness of the stimulus and exacerbating in this way the debt dynamics.

For euro area countries, there are — in theory — two ways to tackle the crisis. The first is to question the euro, and give back to the member countries the opportunity to resort to devaluations or revaluations of their currencies. The second is to ensure that countries restore fiscal discipline, possibly providing them with financial support in the adjustment period.

Europe has clearly and unambiguously chosen the second path.

The choice made by Europe is based both on economic and on political reasons. Some observers believe that the euro was created solely for political reasons, for example, as a counterweight to German unification. According to this view, the sustainability of the euro would be at risk if the political integration process were to stop, or go into reverse.

The events of the last few months do not suggest at all that the integration process has stopped. In fact, it is the contrary. Full support has been expressed for the euro — and there is no intention to challenge it.

Some object that the political process underlying European integration is restricted to the elites of the member states, but not shared among the population at large. They interpret the dissatisfaction expressed by several Europeans about the euro as an element of political fragility — and as a risk of going into reverse.

These views are based on the results of opinion polls showing that, in some countries, two-thirds of the citizens would like to get their national currency back. However, it is often not mentioned that in the same countries, a vast majority answers positively when asked if they believe the euro will still exist in ten years.

Let me also remind that the reactions we are observing in Europe, and in particular in some member states, to the recent crisis — which is the worst since World War II — are not that different from those experienced in other parts of the world, in particular the United States, in the face of disruptive developments associated with financial turmoil.

Likewise, there was significant opposition in the U.S. Congress, and among the American people in general, to support the rescue of Mexico in 1995 with $20 billion. Many of the arguments used today against the support for Greece are similar to those used in the U.S. debate against Mexico back then.

With the benefit of hindsight, the decision taken in 1995 by the U.S. administration is now widely praised — as will be the case in a few years, I believe, for the European decision to support Greece.

Let me move to the economic reasons underlying the choices which have been made in Europe over the past few months, which are equally important. They are not always clearly perceived, especially in the United States.

First, past experience has shown clearly that, within an economically integrated area like the euro area, a currency devaluation does not allow a growth stimulus that would support faster fiscal consolidation.

Another aspect that is often ignored is that the return to a national currency is not an event comparable with a change in the exchange rate parity. It would involve a renegotiation of all contracts, especially financial ones, within individual countries and between residents of different countries, with conflicting interests between debtors and creditors.

One can expect that when it comes to disputes, the international courts would rule against the country that changed its currency. This means that residents of that country would be severely affected by a change in the denomination of their contracts.

A creditor country with substantial financial assets from other euro area residents which revalues its currency would suffer huge capital account losses, particularly for its financial institutions, with consequent severe effects on its public finances. The contagious effect on other countries would be devastating.

To sum up, given the financial and economic integration achieved over recent years in the euro area, the impact of leaving the euro would be far more expensive than the alternative — standard — approach. That means to implement a strict plan of fiscal consolidation in all countries, starting with Greece, accompanied by structural reforms aimed at sustaining growth, and a plan to strengthen the economic governance of the euro area.

This is the way chosen by the countries of the euro area and implemented in the form of successive decisions both at the national and European level.

The consolidation of public finances will remain a major theme in the coming years, not only in Greece, but also in the rest of Europe and in the developed countries. Why is that the right course of action?

First, because it is best to take the necessary steps before being put under pressure by the financial markets, which often do not move in a linear fashion and tend to go from white to black in an instant. And when something passes to the black part of the markets’ radar screen, it takes a long time to convince them that it can get back in a quiet location.

Second, in assessing the sustainability of budget measures, financial markets seem to be taking into account not only the direct effects, namely the impact on the deficit and debt, but also the indirect ones, i.e. the effect of specific measures on economic growth. A highly restrictive move allows a reduction of the deficit but may adversely affect growth and thus slow down the adjustment of the debt.

An extreme interpretation of this view has pushed some to consider that a strong restrictive fiscal action may create a negative spiral between debt and growth that worsens even further the public finance situation and makes budgetary rigor politically unsustainable.

It seems that the hypotheses necessary for this spiral to occur are quite exceptional, requiring the fiscal multiplier effect to be greater than 1. The empirical evidence does not seem to be consistent with such a hypothesis.

The lesson to be learned is that, to be credible, fiscal consolidation must be accompanied by deep reforms of the functioning of our economies, in particular as regards labor and goods markets, so as to restore economic growth. The objective is to increase labor productivity, so as to make the welfare system sustainable.

The problem is no different for societies like the United States, where the funding of welfare rests largely on the private sector, rather than the public. If the economic growth potential is reduced, investors must also adjust their expectations of being able to finance their health care, education plans and their pensions.

To conclude, one thing is certain: Whatever form international cooperation takes, the United States and Europe will be part of it, not only because they are currently, and will be for many years, the two main economic and financial areas worldwide, but also because they share important values — such as the freedom of private enterprise, freedom of expression, social equity — without which there can be no cooperation.

These values could be put to the test in the future, especially in this difficult phase for the world economy. Defending these values will require even stronger transatlantic relations.

Editor’s Note: This essay has been adapted from a speech made by Lorenzo Bini Smaghi, member of the executive board of the European Central Bank, at the 2010 workshop of the Council of the United States and Italy in Venice on June 11, 2010.

For the consolidation of public finances, it is best to take the necessary steps before being put under pressure by the financial markets.

Financial markets often do not move in a linear fashion and tend to go from white to black in an instant.

To be credible, fiscal consolidation must be accompanied by deep reforms of the functioning of our economies.

The problem is no different for societies like the United States, where the funding of welfare rests largely on the private sector, rather than the public.

I do not want to deny that European institutions currently have a problem of affection. However, the euro is here to stay.

For the consolidation of public finances, it is best to take the necessary steps before being put under pressure by the financial markets.

Financial markets often do not move in a linear fashion and tend to go from white to black in an instant.

To be credible, fiscal consolidation must be accompanied by deep reforms of the functioning of our economies.

The problem is no different for societies like the United States, where the funding of welfare rests largely on the private sector, rather than the public.

I do not want to deny that European institutions currently have a problem of affection. However, the euro is here to stay.