Are the dollar’s days as the global reserve currency numbered?

Are the dollar's days as the global reserve currency numbered? 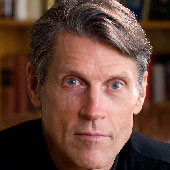 The 19th century had been the era of the gold standard, the 20th of the dollar standard. What the 21st century would be was anyone’s guess. But some guesses were more credible than others. The dollar had had a good run. It made America rich, it saved democracy, it defeated communism.

Yet it suffered from its very success. As the closest thing to a world currency, it knitted the planet into a single economy more fully than any currency before. In doing so, it spread prosperity more widely than prosperity had ever been spread, but it diluted prosperity for those — steelworkers in America, maize farmers in Mexico, cobblers in Italy — who found they couldn’t compete in the new world market.

And it magnified the effects of the instabilities that have always afflicted dynamic markets. The financial panics of the early 19th century in America were local affairs, confined to a modest number of firms and affecting comparatively few people. The panics of the late 19th century had national effects, with some transatlantic connections via the gold standard, yet most of the world hardly noticed.

In the modern era — the era of the dollar — the world couldn’t help noticing. The panic of 1929 helped trigger the global crisis of the 1930s. Not by accident did the nations of the world, gathered in London in 1933, listen for Franklin Roosevelt to declare the value of the dollar and thereby decree their fate.

Richard Nixon’s closing of the gold window in 1971 rocked financial markets from London to Tokyo and Buenos Aires to Bombay. The dot-com bubble of the late 1990s burst in Silicon Valley but blew out lights in Bangalore and Mumbai, Shanghai and Taipei, Seoul and Sydney.

And then things got really hairy. The first years of the new century witnessed risk-taking on a scale never experienced before and hardly ever imagined. Wall Street leveraged debt in real estate, in corporate shares, in derivatives, in a hundred other instruments that paid dizzying returns when the markets smiled — and exacted harrowing revenge when the markets growled.

The global connections amplified the effects of the casino economy in America, corroding the social compact on which the dollar’s domestic success had been based. Ordinary Americans had rarely begrudged the wealth of the few, partly because they believed the wealth was fairly earned and partly because they hoped they or their children might become wealthy someday.

But the compact weakened when corporate executives took home tens of millions of dollars a year even as workers’ pay stagnated, and it nearly failed when those same workers found themselves, through their tax dollars, cleaning up the mess the executives had created and guaranteeing, in many cases, the fat cats’ exorbitant compensation.

“The dollar is faith-based,” said James Grant, who proclaimed a “Requiem for the Dollar” in the Wall Street Journal. “There’s nothing behind it but Congress. And now the world is losing faith, as well it might. The greenback is a glorious old brand that’s looking more and more like General Motors.”

An alternative to the dollar would not have to be a single currency, but rather a market basket of currencies. No one of the currencies need be as strong as the dollar had been. Together, they could do what the dollar no longer could.

The market basket approach had its own problems, but as time passed and the U.S. deficit continued to grow, the dollar doubters seemed ever more likely to have their way. Financial power talked, just as it had for the Americans at the Bretton Woods conference that established the dollar’s dominion.

Americans had been able to devalue the dollar and thereby transfer costs of domestic reform to the rest of the world, as Franklin Roosevelt demonstrated in the 1930s. Americans had been able to have guns and butter despite an imbalance of international payments, as Lyndon Johnson showed in the 1960s. In a post-dollar world, the American economy would have to stand more solidly on its own footing.

In a post-dollar world, Americans would learn to get by with less. The thrift enforced by the financial crisis was translating into unemployment in the consumer sector, recently a pillar of the American economy. The layoffs wouldn’t be temporary, but structural. The superfluous sales clerks, shelf fillers and advertising executives would have to retool for other work.

On the other hand, perhaps the dollar’s run wasn’t finished. By making the changes the dollar’s decline would force on them, Americans could increase the greenback’s chances of remaining the planet’s reserve currency. Whether this would be a good thing — for America or for the planet — wasn’t obvious.

The dollar era had been a time of global growth, but of global fragility as well. Perhaps the growth was possible without the fragility, perhaps a new generation of financial leaders would discover how to keep booms from becoming busts, perhaps fresh minds could halt ambition short of hubris.

Editor’s Note: This feature is adapted from “Greenback Planet: How the Dollar Conquered the World and Threatened Civilization as We Know It” by H.W. Brands. Copyright University of Texas Press 2011. Reprinted with the permission of the publisher and author.

The dollar era had been a time of global growth, but of global fragility as well.

Americans had been able to devalue the dollar and thereby transfer costs of domestic reform to the rest of the world.

"The dollar is faith-based," said James Grant in the Wall Street Journal. "There's nothing behind it but Congress."

The dollar era had been a time of global growth, but of global fragility as well.

Americans had been able to devalue the dollar and thereby transfer costs of domestic reform to the rest of the world.

"The dollar is faith-based," said James Grant in the Wall Street Journal. "There's nothing behind it but Congress."