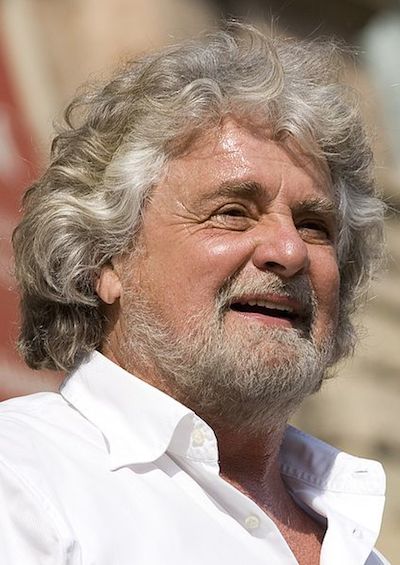 Beppe Grillo, Italy’s comedian-turned-politician and the leader of the Five-Star Movement, has the world figured out. Except he hasn’t.

In a recent interview, Grillo had this to say about Italy’s joining the eurozone in 1999: “We entered monetary union from one day to the next, and they said it was for our own good. Since then, all our economic, social and financial indicators have got worse.”

As an objective description, that may not even be far off. The question is why things have turned out this way. Notably, the suggestion implied in Grillo’s analysis is that the mere act of joining the euro, like some magic wand, would take care of most of Italy’s problems.

Alas, crucial economic reforms can’t be had if they are put on autopilot. In fact, there’s a major contradiction in Grillo’s thinking: On the one hand, he wants nations to remain sovereign in their decision-making. On the other hand, he expects Brussels, in effect, to take care of the problems that lie in Italy’s way.

Grillo also commits the usual error – miscasting the pressing need for structural reforms at home as the imposition of “austerity.” Isn’t setting up an effective and proper mechanism for tax collection rather a condition for societal and national survival?

Asked why corruption is so pervasive in Italy, he says: “It’s because the corrupt don’t think they’re corrupt. Those who use public funds for their own fucking business think it’s their money.”

That is what makes Grillo such a perplexing man. He is a key leader in Italy’s battle against corruption – and yet, he goes after Brussels, the euro and the Germans to claim that they are rudely imposing their will on the lifestyles of other nations. That sounds reasonable enough – but the emphasis here is on the word “sounds.”

Obviously, there is a missing link in his argumentative chain between severe, long-lasting structural deficiencies, such as corruption, and the pernicious effect they have on the national economy.

A long way to go it alone

Left to their own devices, both Italy and Greece still have a long way ahead of themselves in their fight against corruption – to mention just two important economic problems they face.

If these two countries eventually want to succeed in that battle – and, for their broader population’s own well being, they must – then they ought to welcome other euro partners leaning on them.

Ultimately, this may boil down to what the meaning of real friendship is. At first blush, that may sound like a strange thought to raise in this context. But it isn’t: What friends do is to tell each other the truth and to find avenues in which to overcome long time problems.

Use Brussels to your advantage

By comparison, heralding “sovereignty” (as Grillo does) sounds noble, but it is clearly an evasive – and therefore self-defeating – move.

Like it or not, the EU’s “charm” remains in place: Nations that have to undertake painful measures at home can find a useful whipping boy in Brussels that, like a lightning rod, is ideally suited to help them “sell” the required changes domestically. Having an external actor to absorb discontent with maneuvers like anti-corruption actions is useful.

If nations like Italy and Greece abandon that smart deflection mechanism to regain “sovereignty,” it will be at their own peril.

Grillo's error is miscasting the pressing need for structural reforms at home as “austerity.”

Heralding “sovereignty” as Grillo does seems noble, but it is an evasive and self-defeating move.

The EU’s “charm” is that it provides a whipping boy when nations leaders need to make tough reforms.

Grillo's error is miscasting the pressing need for structural reforms at home as “austerity.”

Heralding “sovereignty” as Grillo does seems noble, but it is an evasive and self-defeating move.

The EU’s “charm” is that it provides a whipping boy when nations leaders need to make tough reforms.