Lessons From Living Between Worlds

The world is complex. In trying to make sense of it, let’s not resort to divisive cliches. 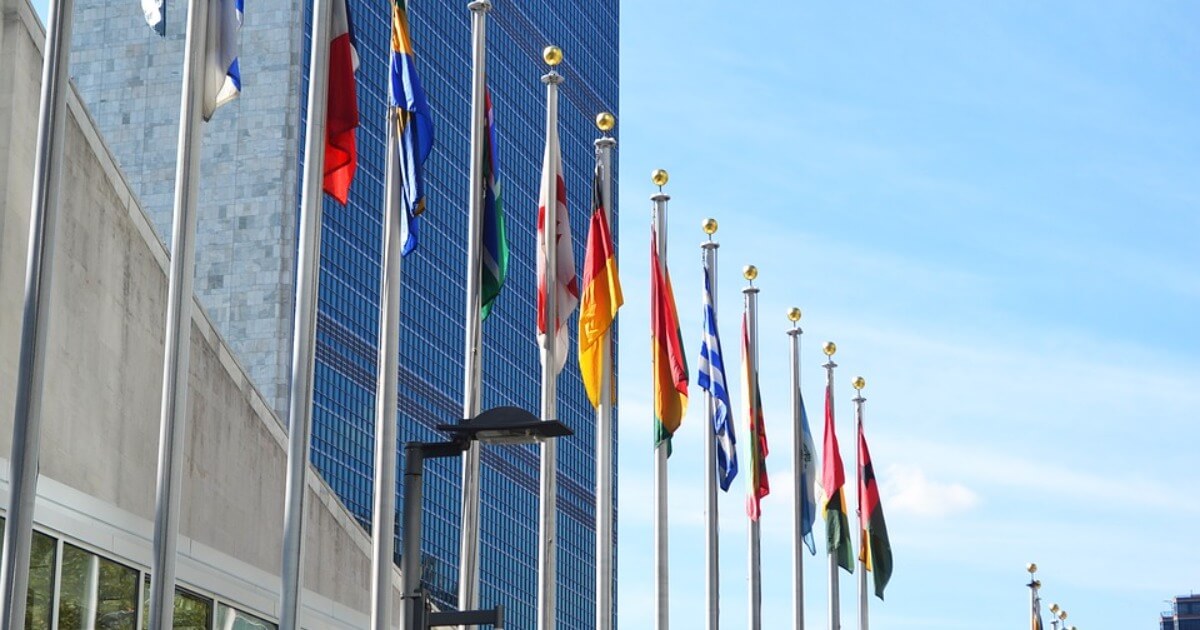 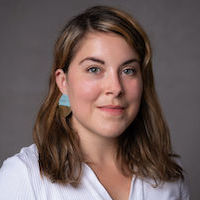 Sarah Karacs is the Managing Editor at The Globalist.

After my grandmother passed away last year, I typed her name into my Google search box. I wanted to see what sort of digital imprint she had left behind.

What came up was a LinkedIn page she must have set up a couple of years ago to connect with old colleagues. It reads as follows:

Under “Education”, she had typed in: I can’t remember, I am 82 years old. Beneath that was an unforgettable short bio:

“I left school at 14 and got a job as an Office junior. I went to evening classes to learn shorthand and typing and got a job as a typist and then as a shorthand-typist which was much valued jusrt (sic) after the war. At 21 I got a job with the United Nations and went to work in Paris. I later worked in Vienna, Rome and the Congo and finished my career in Paris”.

My grandmother was a singular lady. Born in Kent to working- class parents, she taught herself multiple languages. She had dreams of seeing the world she read about so voraciously. She met my grandfather, a Hungarian baker, in Vienna.

They separated after having two children, one of them, my father. He grew up in Budapest until the age of 16, when he was reunited with his mother and his half-brother, whose Malaysian father she had met during her time in what is now the Democratic Republic of Congo. Still following?

That storyline should not be confused with my maternal grandmother, who passed away the year before last. She grew up in a small Norwegian town just north of the Arctic Circle.

Her father worked in copper and coal mines. He traveled as far north as the remote island of Svalbard where polar bears roam and Soviet architecture lies abandoned.

He died at the age of 42 of silicosis, a lung disease caused by inhaling large amounts of silica dust, which has claimed many miners.

My Norwegian grandmother married a former sailor from Trondheim, whose days on decks of steam ships took him as far as Mexico. Only after he passed away would she enjoy her own global adventures.

“So many bicycles on the road, Sarah,” she would say to me in her Norland Norwegian, reflecting on her memories of Beijing, a city I lived in for a year. “Are there still so many bicycles?” she asked me. “No Mormor,” I said. “It’s all cars now. Lots and lots of cars”.

When I was little, my British grandmother plied me with books, a favorite being Adeline Yen Mah’s autobiography, Chinese Cinderella. The book tells the story of a family from Tianjin that fled to Shanghai in the 1940s and later to Hong Kong.

In  reading about other people’s experiences, we are often struck by how many thoughts we share with someone whose life is completely different from our own. Mah has written many other great books, including one bridging Eastern and Western philosophies for young adults.

As for myself, having grown up between the UK and Germany, with summer pitstops to the Norwegian fjords and the odd visit to Hungarian relatives in the arid Pusta, when I was 22 I got a job teaching English in a dusty third-tier city in Southern China.

Where is anyone actually from?

Foshan is a city neighboring the Pearl River Delta’s Guangzhou whose metro line connecting the two cities was being built as I arrived. It is the birthplace of Wing Chun Kung Fu.

In case you draw a blank, that is the historic and gorgeous martial art practiced by Bruce Lee. In fact, Bruce Lee’s mentor, Ip Man, was a Foshan man.

I didn’t know that then. What I did quickly learn though is, first, that I showed very little Kungfu promise at the time.

And, second, that I would have to at least learn some Mandarin, if I was to extend beyond the tiny circle of fellow expats and actually make some local friends.

One of the first words I learnt was what I was getting called a lot. “Weiguoren” (i.e., foreigner). “One foreigner!” a silver haired lady exclaimed as my taller friend turned a corner in a slum next to our school. As I came up behind her, the woman said; “No! Two foreigners!”

I tried to be good-natured about it, but I didn’t like being so visibly the outsider I felt I was wherever I went.

The best Mandarin I learned was from my drum teacher, a lovely man who was an outsider, too, having emigrated from the now (regrettably) famous city of Wuhan.

Before becoming known for a horrible, headline-grabbing virus, the city has also been a breeding ground for great punk bands.

A musician who ran a local music school I wandered into, Lei Xiansheng, taught me to da the cymbals and ti the bass drum. He also taught me 1990s rock ballads whose music videos featured longhaired guitarists riffing triumphantly on The Great Wall. His ten-year-old protégé whose name escapes me got to learn Justin Bieber’s “Baby”.

When we would meet for lunch sometimes in the market, Lei Xiansheng brought his daughter An along, as well as some fellow musician friends.

We would try to talk about geopolitics, using saltshakers, soya bottles and weird hand gestures to figure out where we stood about everything. It was good fun.

In my five years as a journalist in Hong Kong, I learned quickly that speaking Mandarin was a faux pas in many situations, given the justifiable tensions.

Also, the question you always get asked the world over as an immigrant “where are you from?” felt more and more troublesome to answer. London? Haven’t been back in years (and hadn’t really wanted to since Brexit).

Sometimes, to save myself the confusion, I whittle my answer down to “Norwegian-Hungarian”.

The unfortunate urge to politicize everything

“Ah,” quipped a fellow journalist. “So, one half of you is really left wing, and the other, totally on the right.” He looked pleased with himself. I didn’t say anything, but I hope he saw me roll my eyes.

“Thanks for reducing my whole identity to two badly-researched articles you skim read,” I thought.

It happens a lot, people looking for some kind of box to put me (or others) in, so they can supposedly feel more secure of their own place in the world.

Of course, this also serves as a comfortable shield against their own gaps in knowledge. To a degree, I get why they do it.

As travel has spread and many borders have become more porous, we become increasingly saturated with information from all over the world updated at dizzying speed.

No question, there is a real pressure to feign understanding of cultures and geopolitical issues even if we might know very little. This is a way of coping with the embarrassment of realizing and revealing how ignorant we are.

And, of course, where there is a market demand, there will be market supply. Just look at the popularity of Twitter.

Unfortunately, it often features bite-size uncredited opinions available on the millisecond, and most successful when their content is devoid of all nuance and conveys pure (usually heated) emotion.

The false magic doesn’t really matter what you know so long as you pick a side.

Want something a little bit fancier? Sure, you can get a coffee table book on a cultural concept like “Hygge” that ends up sanitizing it to the point of unrecognizability.

I tried to explain the “Hygge” idea, as the coffee-table-book world perceives it, to my Norwegian aunt this summer (yes, it’s a Norwegian word the Danes later adopted).

“Yeah, so there’s this idea that Scandinavians are super chill and cozy and love candles and get along well and all of that is epitomized in the word “hygge”.

“What?” she said, pulling at the leash of her feral husky-mix to stop her incessantly headbutting the wall. “That’s just bullshit.”

So, what is the media to do now? Read part two to find out.

Journalists and writers must, now more than ever, make space for nuance in their work.

To counter misinformation and foster democratic convictions, media outlets must resist the temptation to foist opinions on readers without inviting them along the critical journey of the author.

Born in Budapest, with roots in Hungary, the U.K. and Norway alongside and a long stint in mainland #China and Hong Kong, Sarah Karacs explains why she is excited to join The Globalist as Managing Editor.

Collecting and featuring insights from experts and writers from across the world, #theglobalist promises a plurality of perspectives and edits pieces taking into account how busy we all are and how attention challenged.

People who resort to understanding others via the stereotypes just want to be more secure about their own place in the world and shielded from the reality of their own ignorance.

Sarah Karacs is the Managing Editor at The Globalist.

Journalists and writers must, now more than ever, make space for nuance in their work.

To counter misinformation and foster democratic convictions, media outlets must resist the temptation to foist opinions on readers without inviting them along the critical journey of the author.

Born in Budapest, with roots in Hungary, the U.K. and Norway alongside and a long stint in mainland #China and Hong Kong, Sarah Karacs explains why she is excited to join The Globalist as Managing Editor.

Collecting and featuring insights from experts and writers from across the world, #theglobalist promises a plurality of perspectives and edits pieces taking into account how busy we all are and how attention challenged.

People who resort to understanding others via the stereotypes just want to be more secure about their own place in the world and shielded from the reality of their own ignorance.

Are You Worth Your Salt? A Global Journey