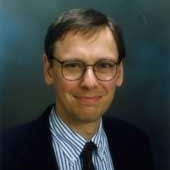 He bases his contrarian argument on the emerging powers' lack of commitment, sometimes outright opposition, to the international system's basic norms and ideals.

Castañeda, a leading Latin American intellectual and the Global Distinguished Professor of Politics and Latin American Studies at New York University, views these powers as unqualified for admission to the inner sanctum of global leadership — or as the title of his article puts it, "not ready for prime time."

In essence, this is a debate between two views of the main current challenge for multilateral cooperation — maintaining a strong core of like-minded nations (read "the West") or building bridges between the unlike-minded. Now with this sweeping call for old-line democracies to beat back the rising powers from the gates of the multilateral system, we can start to draw the lines of debate in even sharper relief.

Mr. Castañeda would like to cast this as an argument between staunch defense of global norms (human rights, nonproliferation, environmental protection) and squishy ideas about inclusion and the interests of the developing world. Framed this way, the integrity of the international system depends on restricting the high council chambers just to those fully committed to its principles.

But does his position really qualify as a multilateral law of physics? Is a robust global order mainly a matter of buttressing the in-group of the world's upstanding citizens against intruders? Hardly so.

It is all too easy to fudge the issue at hand: How to spur world leaders to abide by multilateral norms — tackling urgent problems like poverty, genocide and climate change accordingly.

Yes, the mixed record and motives of the rising powers pose a challenge. None of the group — usually seen as comprising Brazil, Russia, India, China and South Africa — brings impressively deft diplomacy or political will to the problems of our times, though each certainly makes important contributions to the greater global good.

That is our baseline for international cooperation. Now how do we foresee rising powers moving closer to the ideal?

This is Castañeda's view of the situation:

"Granting emerging economic powers a greater role on the world stage would probably weaken the trend toward a stronger multilateral system and an international legal regime that upholds democracy, human rights, nuclear nonproliferation and environmental protection."

So if we can just keep rising powers from making a mess of things, we're on track to a brighter future. Really? With all due respect, this depiction gives me serious cognitive dissonance.

It's surprising to see a former Mexican foreign minister offer such sweeping indictments of the Global South. Something about the political stances of the emerging economies has thoroughly repulsed him — call it Southern misanthropism — or at any rate, he doesn't like where the recent shifts in power are pointing.

Such speculation aside, I agree that the international system is fundamentally sound, if you focus solely on the formal structures and obligations of multilateralism. For liberal internationalists here in the West, the world has been well-served (if imperfectly) by the post-World War II order.

But in terms of recent performance and any steady progress on democracy, environmental protection, et al., one would have to squint really hard to discern a positive trend line.

This may be a kind of "threat perception" difference. Perhaps Castañeda fears retrenchment and a revision of the international rules to weaken them.

In terms of China, it has often been asked whether it will be a revisionist power. Thus far, however, Chinese leaders have tended toward free-riding the status quo — rather than pushing a Beijing Consensus to displace the Washington Consensus.

I certainly can see the threat of paralysis by diplomatic discord, fed rather than eased by the rising powers, leading toward multilateral norms that are honored more in the breach than in the observance. That is not a remote threat — but a palpable one. In response, a strategy of co-optation seems the only viable course.

As the United States wrestles with challenges from proliferation to climate change to the fragile global economy, it must keep fellow pillars of the system close and the potential defectors closer. This is the essence of Washington's new emphasis on engagement.

Mr. Castañeda's idea of a political purgatory for the rising powers is unworkable and based on a misreading of today's world. Pulling the new powers into closer consultation is much more likely to boost their adherence to multilateral norms than imperiously declaring them unready. Russia's newfound zeal for pressuring Iran, largely attributable to the recent reset of U.S.-Russian relations, is a case in point.

The view of emerging economies as "political and diplomatic lightweights" (in Castañeda's words) is wishful thinking. Cooperation among the traditional democratic powers is a necessary but insufficient condition to bolster the rules-based liberal order.

The collective political will of the Western allies just does not carry enough weight to spur the actions that are needed on economic development, global warming or any major problem one might name. Treating rising powers as outsiders will only provoke further resistance rather than cooperation.

In fact, such an approach contradicts that taken by the founders of the post-war order. After all, Franklin Roosevelt factored power realities into his concept of the United Nations, keenly aware that the pure focus on principle was the League of Nations' Achilles heel.

The threat of paralysis is not a remote threat — but a palpable one.

A strategy of co-opting the rising powers is the only way Western allies can buttress the post-World War II order.

Thus far, Chinese leaders have tended toward free-riding the status quo — rather than pushing a Beijing Consensus to displace the Washington Consensus.

The threat of paralysis is not a remote threat — but a palpable one.

A strategy of co-opting the rising powers is the only way Western allies can buttress the post-World War II order.

Thus far, Chinese leaders have tended toward free-riding the status quo — rather than pushing a Beijing Consensus to displace the Washington Consensus.

America in the Global Competition of Ideas