How did a once-blacklisted Hollywood actress imbue Middle America with a truly global outlook?

How did a once-blacklisted Hollywood actress imbue Middle America with a truly global outlook? 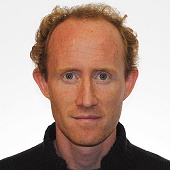 If the name Marsha Hunt seems vaguely familiar today, most people would be hard pressed to say exactly who she was.

In fact, Mrs.Hunt was a leading character actress in Hollywood in the 1940s, once even featuring on the cover of Life Magazine.

Then something unfortunate happened.

The Chicago-born star, who had been an outspoken advocate of civil liberties, was blacklisted as a communist sympathizer amidst the paranoid hysteria that swept through the United States during the anti-communist witch-hunts of the late 1940s and 1950s.

The Hollywood studio moguls, cowed into submission by a bullying U.S. Congress, were afraid to touch her after she was named in the ‘Red Channels’ pamphlet that ‘outed’ supposed communists and ‘pinkos’.

Although she had appeared in 52 films from 1935 to 1949, the actress could only find work in a further three films over the next eight years.

With the extra time on her hands, she decided in 1955 to go on a year-long world trip, taking in Australia, Japan, Hong Kong, the Philippines, Burma, India, Pakistan, Egypt, Italy, Austria and France.

“I had thought narrowly of being ‘a good American’ — but never paid attention to the rest of the world,” Hunt, now aged 90 and living in California, told me.

“I fell in love with the planet. I got big into the UN,” she says.

She explains how she felt “America had ruined the League of Nations by staying out of it because of Congress’ narrow-minded isolationism. With the UN, this was our second try. This country, of all nations, needed to be behind it.”

Hunt was particularly fascinated by the newly-created UN agencies like the Food and Agriculture Organization, World Health Organization and the International Civil Aviation Organization.

She became a self-appointed publicist for them, a kind of mini-Eleanor Roosevelt touring America, telling people what these UN agencies were doing to improve the quality of people’s lives.

She got universities, women and men’s groups and Rotary clubs to book her as a speaker at receptions.

“I was an interesting curiosity. That’s probably why most people came to see me,” she says. “I concentrated on the work of one or two agencies. People were amazed to learn this was happening.”

As the blacklist was never publicly acknowledged as such, these social clubs — the bedrock of middle-America — were ironically unaware Marsha Hunt had been blacklisted.

In 1960, disturbed at how 15 years on from World War II there were still 25 million stateless people in the world, she made a documentary on refugees.

The main television networks were not interested in running it so Hunt disseminated it through independent venues like universities and libraries.

She also did weekly 15-minute radio broadcasts for the California-based public radio channel KPFK, shining a light on lesser-known UN agencies such as the World Meteorological Association, which coordinates global weather forecasts.

Hunt regularly visited UN headquarters in New York, yet was never an official UN ambassador — and her work never officially recognized by it.

“I don’t think they were aware of me at the top,” she says.

A lifelong campaigner against world hunger, she came up with the idea of asking Americans to pass around a ‘thankful giving’ bowl on Thanksgiving Day.

She envisioned each contributor being able to choose where their money would go from a ‘menu’ of hunger relief or prevention organizations, with all contributions tallied up centrally — so everyone would know how much was raised.

“I thought this would endear Americans as a people to the world,” Hunt explains.

She managed to convince Capitol Hill heavyweights Hubert Humphrey and Paul Simon to sponsor her ‘thankful giving’ resolution and the U.S. Congress passed it in 1978.

But to her great regret, the ‘thankful giving’ tradition never got off the ground because there was no money to publicize it nationally.

“I haven’t given up yet,” she says. “I’m hoping it will be up and running by the time I’m a hundred.”

Hunt refused to succumb to the same insularism that had damaged her reputation and forever altered the course of her life. Instead, she broadening her horizons — by looking beyond America’s shores.

Her story has powerful resonance in the post-9/11 era, when the same forces that encourage Americans to distrust all things foreign are rearing their heads again.

Evidence of this was seen at the December 2007 UN summit in Bali, where talks on a future international treaty to fight global warming were launched.

U.S. media coverage of the Bali summit was telling. CNN featured it as their lead story, relaying televised footage of tense, emotional exchanges during which the U.S. delegation was told to “lead or get out of the way.”

In contrast, Fox News — which boasts more viewers than its rivals — completely ignored the event, effectively airbrushing it out of journalistic history.

Perhaps they felt it was “un-American.” Perhaps they did not want to shine the spotlight on a global issue like climate change.

The difference between today and the 1950s is that, while before the U.S. media obsessed about a non-existent threat — home-grown communism — today Fox News is ignoring a threat that is both real and home-grown — global warming.

“I worry very much about the anti-UN sentiment here,” the 90-year old actress says, noting how she has been bombarded with anti-UN pamphlets from right-wing groups, some backed by former Republican presidential candidate and ardent UN opponent Ron Paul.

Her worries are not groundless. According to a recent survey from the Pew Research Center, only 48% of Americans now have a favorable view of the UN, a drop of 7% since 2004. That compares to 64% of Canadians, 79% of Swedes and 88% of Kenyans who view the UN positively.

The question now is whether Barack Obama will possess the same zeal that Marsha Hunt has shown for exorcising insularism from America?

Marsha Hunt's story has powerful resonance in the post-9/11 era — when Americans are again encouraged to distrust all things foreign.

Hunt refused to succumb to the same insularism that had damaged her reputation and forever altered the course of her life.

As the blacklist was never publicly acknowledged, many social clubs were ironically unaware Marsha Hunt had ever been blacklisted.

Hunt became a self-appointed publicist for the UN — a kind of mini-Eleanor Roosevelt touring America.

Hunt was particularly fascinated by UN agencies like the FAO, WHO and the ICAO.

Marsha Hunt's story has powerful resonance in the post-9/11 era — when Americans are again encouraged to distrust all things foreign.

Hunt refused to succumb to the same insularism that had damaged her reputation and forever altered the course of her life.

As the blacklist was never publicly acknowledged, many social clubs were ironically unaware Marsha Hunt had ever been blacklisted.

Hunt became a self-appointed publicist for the UN — a kind of mini-Eleanor Roosevelt touring America.

Hunt was particularly fascinated by UN agencies like the FAO, WHO and the ICAO.