The Need for Hard Diplomacy

The need for professional diplomacy has never been greater, even in an era of softer “cultural diplomacy.” 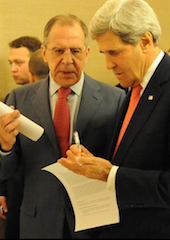 This is the second part of a two-part Globalist Paper on Soft Power and diplomacy. Part I is here

Instead of ramping up hard diplomacy, an ever-increasing amount of money is poured into Development and Cultural diplomacy. DevCult diplomacy is the classical expression of soft power. But has it produced any real benefits in the 21st century?

Development diplomacy has not stopped the mass migration of people searching for a better economic future. International aid budgets run by aid ministries or agencies now dwarf the spending of classic Ministries of Foreign Affairs. In Britain, the overseas aid budget keep going up, while the Foreign Office budget keep going down.

But the countries that have left behind or are leaving behind poverty are those that have embraced hard policy of reforming the state or unleashing market energy and accepting that trade is better than protectionism. Countries that receive massive amounts of aid allow their rulers to avoid reform.

No movement toward democracy

Cultural diplomacy is feel-good international relations. Ballet and books are better than bullets and bombs. But there is no evidence, for example, that the proliferation of American or British university campuses in Asia is helping move China or “the Stans” to democracy.

Europe has poured development and cultural aid managed by the DevCult dips into Palestine, for example. But this has not brought any notable result in terms of producing peace instead of conflict. Nor has it persuaded Islamist forces like Hamas or Hezbollah to alter their fundamental ideological demands for the elimination of Israel.

A more important diplomatic development would be the full recognition of Israel as a state, just as the United States finally had to admit in 1973 that the Chinese communist state existed and would not go away.

Social media were meant to be the arm of soft power. But all the tweets and Facebooking in the world has not installed democracy in Egypt, Iran, China or Saudi Arabia.

This is reminiscent of the belief of English writer Arthur C. Clarke (1917-2008) that satellite television broadcasts, live from war zones, would stop conflicts when the world saw the horrors of war.

Each era thinks a new communications technology – whether printing, telephones, emails – will transform the world for the better. Only politics and hard diplomacy does that.

Effective diplomacy is not the exclusive property of big nations with big foreign ministries. In today’s Europe, foreign ministers like Poland’s Radek Sikorski or Sweden’s Carl Bildt are seen as more interesting international politicians than their counterparts from bigger countries.

Finally, we come to Catherine Ashton, the EU’s foreign affairs chief. After a more than bumpy start, she is getting recognition for the hard work she puts in and for her achievements in the Balkans.

But, next summer, just as the time arrives when she gets on top of the job – having built the required networks, having gained the confidence of key parties, understanding the long and short-term synergies of foreign affairs – she will be replaced.

We can hope that her successor can do the job effectively. However, the appointment of the EU’s chief executive officials hitherto has been based on sordid political trades and cynical deal in the corridors of Brussels. They make the election of a Pope or the emergence of a new leader in China look like a model of democratic transparency.

If EU leaders fail to appoint an effective foreign affairs supremo next summer, the European Union will shrink still further as a power in world affairs.

A good energetic ideas producing foreign minister or an energetic ambassador who gets out and networks with political, business or civil society in the country where he or she serves can make a big difference.

But the best diplomacy whether at the political ministerial level or the diplomatic ambassadorial level depends on team work and on being able to link up with other ministers and ambassadors.

Can Europe get tough?

This is more and more important at EU level. When the EU speaks as one – not just in terms of a statement from Brussels or the EEAS – but with every one of 28 foreign ministers and 28 national diplomatic services all acting as relays and supporters of a common EU position, then the multiplier effect is significant.

Combine this with effective trade policy and a clear commitment to seek military enforcement, if necessary – and then you will see diplomacy beginning to resonate. Europe failed to send signals en clair to prevent the descent into the war, torture and mass murder of the Balkan conflicts in the 1990s.

Hard diplomacy at an earlier stage might have prevented the descent into Europe’s worst armed conflicts since 1945 and the quasi-genocidal assault by Serb leaders on the people of Bosnia and Kosovo.

Hard diplomacy: Not a panacea

The United States developed the hard diplomacy of containment after 1945, with wise presidents like Eisenhower and Kennedy resisting use of force when deployed by Britain, France and Israel at Suez and when advised by generals to attack Cuba in 1962.

Later American presidents turned from containment to confrontation in the Middle East and Afghanistan, after the Islamist attack in New York.

This was a major failure of “hard” diplomacy. No serving member of the diplomatic corps told President Bush or Prime Minister Blair that launching a series of military assaults on majority Muslim countries would be as disastrous as the Russian invasion and occupation of Afghanistan in 1979. We now know it was.

Although plenty of senior British diplomats, for example, now deplore and criticize the Iraq invasion, not one of them protested, resigned or raised any objection that might have made Blair pause during the long drumbeat to war.

The Russians felt they were justified in preventing Afghanistan falling under the control of the “wrong people.” Bush and Blair (and many other European leaders who signed off on the attack on Iraq in 2003) believed the same – and felt that action had to be taken to overthrow tyrants like Saddam.

France and Britain believed the same when they supported the overthrow of Gaddafi in Libya. President Hollande of France, Prime Minister Cameron in Britain and many in Washington were ready to again use military force in support of jihadi Islamist fundamentalists in Syria earlier this year – until a wiser public opinion rose up in opposition.

So diplomacy – in the sense of a cadre of professional practitioners who think and analyze, but also act and network effectively in foreign countries – has never been more necessary.

Nations that do not learn will be stunted in their growth and ability to serve their people. Diplomats still are drawn from too narrow a class, from elites formed by restricted systems of education.

One of the best things Ronald Reagan did was to send an African-American diplomat, Edward Perkins, to be the U.S. Ambassador in South Africa in the 1980s. At that time, black South Africa was developing a peaceful resistance to apartheid, based on trade union organization, legal challenges and civil society resistance.

These tools were far more effective in ending apartheid than the previous strategy of terror attacks organized from abroad.

At a time when British diplomacy was rolling out the red carpet for apartheid rulers, wiser American diplomacy was sending a different signal with a black U.S. Ambassador using his embassy as a safe haven for the future leaders of a post-apartheid South Africa.

The United States did also use soft power against apartheid in South Africa – offering black students scholarships in America, Hollywood making a film on the killing of the black South African leader Steve Biko, etc.

But sending a black diplomat to be U.S. ambassador in South Africa was a diplomatic signal of a different order. It challenged the very culture and ideology of apartheid – not in faraway America where it would have no effect on the supporters of apartheid, but in the twin citadels of white supremacy itself, Pretoria and Cape Town.

The advocates of the status quo were confronted by that everything they feared and hated – in the form of a highly visible and untouchable foreign diplomat – and could do nothing to prevent it.

In the end, hard diplomacy sends out stronger signals than the soft power of scholarships or movies ever can.

Cultural diplomacy is feel-good international relations. Ballet and books are better than bullets and bombs.

Each era thinks a new communications technology, whether printing, telephones, emails, will transform the world.

Foreign ministers like Poland’s Sikorski or Sweden’s Bildt are more interesting than their big power counterparts.

The need for traditional or hard diplomacy cannot be wished away.

Diplomats still are drawn from too narrow a class, from elites formed by restricted systems of education.

Cultural diplomacy is feel-good international relations. Ballet and books are better than bullets and bombs.

Each era thinks a new communications technology, whether printing, telephones, emails, will transform the world.

Foreign ministers like Poland’s Sikorski or Sweden’s Bildt are more interesting than their big power counterparts.

The need for traditional or hard diplomacy cannot be wished away.

Diplomats still are drawn from too narrow a class, from elites formed by restricted systems of education.