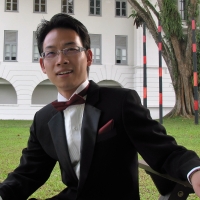 Sun Xi is a China-born alumnus of the Lee Kuan Yew School of Public Policy at the National University of Singapore. He is an independent commentary writer based in Singapore.

Indeed, most Asian people have such confidence. According a recent YouGov survey, among 18,235 internet users from 17 countries, five Asian countries China (41%)，Indonesia (23%), Saudi Arabia (16%), Thailand (11%) and United Arab Emirates (10%) are the top optimistic societies, who think the world is generally getting better.

Such confidence of having a better future is likely backed by an unignorable fact: Asia is rising. Here are some simple but astonishing facts.

In PPP terms, Asia currently is the home for three of the world’s four largest economies, China, Japan and India.

Second, Asia’s share of global merchandise trade has grown from 14% in 1948 to around 32% in 2014, with its exports growing at three times the rate for the rest of the world over the past decades.

Between 2011 and 2014, Asia did more than any other region to lift merchandise export volume growth. Now, China has been the largest trading nation in the world in terms of imports and exports, since overtaking the US in 2013.

Third, 60% of the world population in Asia (4.4 billion) creates the largest market. Asia is projected to be the second largest contributor after Africa to future global population growth, adding 0.9 billion people between 2015 and 2050.

Aging populations will be a challenge for Asia, but meanwhile its current middle class size of 500 million is projected to triple to 1.75 billion in 2020, a huge momentum for Asia’s continuous development.

Of course, there is no question that in spite of huge growth potential, Asia is facing several critical shortcomings in achieving a more comprehensive and sustainable development.

First, Asia as a whole lacks a universal image. Asian countries are so diverse in terms of political systems, economic development, social cultures, religions, languages and so on.

Asia is much wealthier than before, but it remains home to nearly half of the world’s poorest. As China, India and Indonesia enjoy rapid economic growth, they and many other Asian countries still face severe poverty.

No unity of leadership

Second, Asia lacks unified and strong leadership. If there is no single leadership to coordinate disputes internally and to convey a unified external voice, how can Asia as a whole ensure its competitiveness and sustain its development in the global arena?

The European Union’s 27 member states make up over half of Europe, while 54 African states except Morocco make up the African Union. The Union of South American Nations includes all 12 South American states, with two Central American observers, Mexico and Panama.

In comparison, the ASEAN covers only 10 Southeast Asian countries and only 20% of Asia (10 out of 50 economies in Asia).

While regional integration ideas such as the East Asian Community, Central Asian Union and South Asian Union have been mooted, it will be nearly impossible to form a strong regional union across the entire region in the near future.

Last but not the least, Asia lacks general consensus. Asians sometimes complain, “We are too different to even communicate with each other”. There are indeed many different languages, cultures and religions in Asia. Yet the 27 EU member states with 23 official languages have already integrated as one.

The main obstacle to forming a unified Asian voice – figuratively or literally – is not diversity but a lack of general consensus on the continent’s future: “People will follow the same path only when they share the same vision (zhì tóng dào hé).”

Setting aside the obvious exception – North Korea – most Asians embrace the same global objectives of peace and development. But Asia lacks agreement on more basic but important values of human rights and democracy.

Asia, which is far from devoid of human rights problems, is currently the only continent without a universal human rights declaration, convention or organization.

Also, democracy is a tricky and abused term in Asia. For instance, while South Korea is fairly described as a “fully functioning modern democracy” by the CIA World Factbook, the totalitarian North Korean dictatorship misleadingly calls itself the “Democratic People’s Republic of Korea.”

However, although the journey ahead will still be uneven, the future for a rising Asia is largely promising. Such hope and confidence for a better Asia comes from our Asian youth, especially those born after the 1980s.

First, there has been less hatred among young Asians. War always results in tremendous trauma and the hatred after war can last several generations.

To present day, the Japanese invasions of Asian countries during World War II are still indelible nightmares for those elderly enough to personally experience it.

We have to admit that Asia is still not entirely peaceful today. While more peaceful than before, with Iraq and Afghanistan healing their war traumas. Nuclear-armed North Korea is still belligerent. The Israeli-Palestinian conflict and the Syrian civil war have not eased, and territorial disputes over the South China seas are escalating.

Nevertheless, very few Asian youth have personally participated in those conflicts or directly confronted their Asian counterparts on battlefields between nations.

Most Asian youth, maybe with the exception of a limited number of terrorists and extremists, blessedly do not have irreconcilable enmity with one another.

This certainly helps create a valuable foundation for building trust and cooperation among them.

Second, Asian youth share a similar vision of peace and development. In this new era, war is a sunset business and going out of fashion.

Instead, peace and development have become mainstream global objectives. Most Asian nations are keen to build peaceful societies that focus on economic development.

Even in war-worn Iraq and Afghanistan, youth are searching for peace. The key to a peaceful Iraq was educating and enfranchising Iraqi youth, said the Centre for International Conflict Resolution at Columbia University. In 2013, a youth organization called Afghan Voices renamed “Scud Hill,” a symbol of Afghanistan’s violent past, “Peace Hill.”

China and India, the world’s fastest-growing economies and the largest developing countries, have over 60% of Asia’s population. Most importantly, both countries account for the majority of Asian youth.

Chinese and Indian youth are more interested in doing business than entangling in conflicts. Their preferred vision for peace and development will help strengthen the foundation for a more peaceful Asia.

Last but not least, Asian youth cherish the value of mutual understanding and cooperation. They are the generation growing up with the Internet.

In Asia, there are over a billion netizens and most are increasingly open-minded and actively involved young people in online communities. Information technology has made young Asians better connected than previous generations.

At the National University of Singapore, the Lee Kuan Yew School of Public Policy (my alma mater) was established in 2004 to “inspire leaders, improve lives and help transform Asia.”

Since then, it has fostered thousands of young Asian officials who are likely to seek win-win cooperation rather than zero-sum competitions with their Asian peers in the future.

Young Asians have grown up with booming intra-regional trade and investment. Free trade agreements (FTAs) were largely absent in Asia until the 1990s. But between January 2000 and April 2013, Asia’s concluded FTAs jumped from three to 76.

The ASEAN-China Free Trade Area is the largest free trade area in terms of its coverage, with over 1.9 billion people in it. Such fast-growing regional trade and investment dependency will encourage young Asians to pursue closer cooperation with one another.

The youth are the future

There is a famous Chinese maxim, “A youth is to be regarded with respect (hòu shēng kě wèi)”, in the Wisdom of Confucius. Young people are without doubt the hopes for a better future.

Even Deng Xiaoping, best known as the general designer of China’s reform and opening up, said in 1978:

Our generation is not wise enough to find common language on this question (the Diaoyu/Senkaku islands dispute). Our next generation will certainly be wiser. They will certainly find a solution acceptable to all.

Although we young Asians may not be any wiser than older generations, we definitely share a much more common consensus over the goals of peace and development. More critically, we are determined to deliver such goals through more creative solutions and win-win cooperation.

With this confidence in a better future, our “Asian Dream” will not end up as a mirage but eventually will turn into a reality.

Hope and confidence for a better Asia comes from Asian youth, especially those born after the 1980s.

Sun Xi is a China-born alumnus of the Lee Kuan Yew School of Public Policy at the National University of Singapore. He is an independent commentary writer based in Singapore.

Hope and confidence for a better Asia comes from Asian youth, especially those born after the 1980s.

The Economics of Brexit: A German View