How the United States Is Getting Gamed in Syria

In Syria, the U.S. government has to do much more than pressure Russia.

In Syria, the U.S. government has to do much more than pressure Russia. 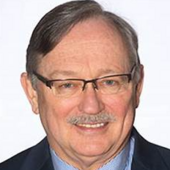 Destructive as Syria’s civil war has already been to date, triggering a staggering cost in terms of lives lost, there are ominous signs that the bloodshed may continue.

Instead of finding a path toward stabilization, everybody seems to talk past each other, clinging to wishful scenarios that often make sense only if not taking into account any of the other players involved in the drama.

For a moment, there was hope when President Putin agreed to the Munich Agreement on cessation of hostilities and humanitarian aid to besieged areas across the country on February 11, 2016.

However, Russia is continuing to bomb Syrian civilians, hospitals and the Free Syrian Army.

That leads some to conclude that the International Syria Support Group agreement may become known as Munich II, after the appeasement in 1938 that paved the way to World War II.

But whatever the many faults on the Russian side – and they are extensive – in Syria, the U.S. government has to do much more than pressure Russia.

Turkey and Saudi play with the U.S.

The most irritating, but least acknowledged fact about the situation in Syria is that some of America’s closest allies are using the refugee crisis effectively to game American policy.

Turkey, in particular, is keen to pay lip service to fighting ISIS, but really uses all its attention to continue its 40-year long fight against the Kurdish PKK.

Each time the Turkish government has escalated attacks on Kurdish fighters in Syria or Turkey, Kurdish groups have in turn escalated attacks on security forces (or even civilians) in response, reinforcing the old cycle of violence. This gives the hardliners on both sides fuel to keep the fight going, which does nothing to end the Syria war.

Turkey’s key goal in Syria, under the guise of working to remove Assad, is to ensure that there will not be a Kurdish controlled area at its border with Syria.

The Spectator reported that Turkey’s army has extensively shelled Kurdish YPG positions from across the border, purportedly in self-defense. The YPG has been an effective force against ISIS in the area.

Erdogan argues a safe zone in northern Syria is not needed, but the Turkish military has parliamentary authority to create one if the order was given. They seek a greater American military role in Syria and are offering their own military support — highly conditionally.

President Obama seems understandably reluctant to commit significant U.S. troops to Syria in his final year without a clear plan.

Turkey’s leaders also seem to be paranoid that such a zone in northern Syria would become a firmly Kurdish enclave. That lesson was learned from “Operation Provide Comfort,” the 1991 Gulf War mission that established safe zones and no-fly zones in northern Iraq’s Kurdish area 25 years ago.

Unless the Kurds in North Syria sign on with a broader American-led coalition (that includes Turkey), they, too, will likely turn to the Russians eventually. Turkish attacks on the Kurds accelerate that Kurdish move – and make it unlikely any such coalition could materialize.

That leaves the Russians with territorial and political gains to build a successor government to Assad.

They could come in the form of Special Forces, probably in coordination with Turkey, supposedly to fight ISIS.

Not unlike Turkey’s focus on fighting the Kurds in Syria (instead of focusing on ISIS), the Saudis, angry at the U.S. for the Iranian nuclear agreement, are more likely to be aiming at Iran’s forces in Syria than defeating ISIS there.

In any case, there are very real questions about the Saudis’ military prowess. They failed quite badly in reaching any of the goals they announced when they decided to deploy troops in Yemen, their neighbor to the south. There, the Houthis, aligned with Iran, have successfully withstood Saudi advances.

For all the siren calls from Saudi Arabia and Turkey, Obama’s decision has remained unswayed: not to send ground forces.

At a minimum, his decision underscores the reality that the U.S. fight in the Middle East will be far from done when he leaves the presidency in January 2017.

And yet, despite all the protestations in the United States and abroad about the urgent need for a more muscular U.S. foreign policy, it is doubtful whether under a Republican President things would be any easier or more successful.

The two key protagonists, Senators McCain and Graham, argue on Syria that:

“[u]nlike in Iraq, there is a role for U.S. ground combat forces in Syria. Indigenous fighters such as the Syrian Democratic Forces and the Syrian Kurds have fought bravely against ISIS. […] So the U.S. should lead an effort to assemble a multinational force, including up to 10,000 American troops, to clear and hold Raqqa and destroy ISIS in Syria. Such a force could also help to keep the peace in a post-Assad Syria, as was done in Bosnia and Kosovo. Here, too, if the West wins the war and leaves, it should not be surprised if violence and extremism return.”

As the Germans are quick to remind everyone, there is no military solution to the Syrian Civil War. The Republicans’ proposed intervention in Syria assumes the West can and will win. In order to win, significant ground forces will be required.

Those ground forces will not come from the United States or from Europe. And the often-made claim that these ground forces need to come from countries in the region is nothing more than empty rhetoric – or an irresponsible effort to fan the flames of all-out war.

We may well have to brace for a 30-years war in the Middle East, but every effort must be made to keep that as much of a low-intensity conflict as possible. Diplomacy, not ever-escalating force, will be required.

US allies Turkey and Saudi Arabia are using the refugee crisis effectively to game American policy.

Escalating violence between Turkey's government and the Kurds gives each side fuel for more attacks.

Republicans’ proposals assume the West will win. There is no military solution to the Syrian War.

US allies Turkey and Saudi Arabia are using the refugee crisis effectively to game American policy.

Escalating violence between Turkey's government and the Kurds gives each side fuel for more attacks.

Republicans’ proposals assume the West will win. There is no military solution to the Syrian War.