The Inexorable End of the Africa Story

Is all the excitement about the future of Africa’s economy really justified? Or is the continent’s success mostly just a commodities story? 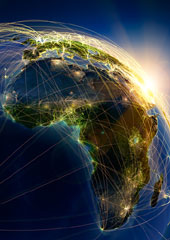 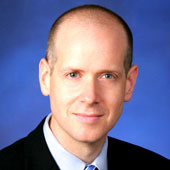 First, the good news: There’s no question that Africa has seen a great decade. The ten years from 2001-10 brought the fastest pace of real growth since the immediate post-colonial 1960s spurt, and a very far cry from the bleak crisis-filled era of the 1980s and 1990s.

There is also no question that Africa still has decent momentum today. There is no obvious looming economic shock that would push the region into a sharp downturn. From Ghana to Sierra Leone to Mozambique, there are plenty of individual examples where new commodity-based production continues to push the pace of economic growth towards double digits.

Now, the bad news: The “Africa story” is still mostly about commodities. There has been a lot of excitement in the markets about Africa finally coming into its own and making the most of its human and economic potential.

However, looked at more soberly, and despite the long boom that continues to this date, there are disappointingly few signs that Africa has been able to diversify its export base. Neither has the continent managed to create enough manufacturing jobs for its rapidly increasing pool of underemployed labor — or spark truly self-sustaining domestic-led regional demand or credit growth.

In other words, the Africa story is not poised for take-off. Rather, it is a few years past its prime. And if and when the commodity cycle turns, it will inevitably take much of the continent with it. Not with a bang, but certainly with a whimper.

It is important to note that these are not unique African failures. They apply just as much to large swathes of the Commonwealth of Independent States (CIS), Latin America and the Middle East — that is, a significant share of the overall emerging markets.

Why the focus on Africa? For two reasons. First, compared to, say, Latin America or the CIS, there is far more excitement in the past few years about a new “African renaissance,” the idea that the continent has finally put itself on a sustainable and rapid trajectory of development.

And second, it is one thing to talk about slower growth in Latin America, with an average per capita GDP of $10,000. It is quite another to look at fading hopes for Africa, with one billion people earning less than $1,700 per year on an average GDP basis — and perhaps the most dire concentration of poverty in the world today.

Of course, if commodity prices did continue to go up aggressively from here, there is no reason that Africa couldn’t roll right along for the next half-decade or longer.

But here is the problem: The commodity sector doesn’t generate many jobs. Africa has a working age population of nearly 550 million people, more than half of whom are chronically underutilized in traditional agriculture or living in urban slums without permanent employment.

And the true definition of development is the rise of industrialized manufacturing and services sectors that can provide growth and income prospects for these hundreds of millions.

How is Africa doing on this front? Poorly. Africa’s industrial export share of GDP is one of the lowest in the world, and almost completely lacking in the kind of labor-intensive manufactured goods that truly drive employment gains.

Nor has the continent been able to capitalize on one of the biggest structural changes of the past few years: the end of China’s market-share monopoly.

After two decades of extraordinary growth, demographic pressures and rising wages have already started to push China out of traditional industries such as toys, apparel, furniture, sporting goods, etc. These trends are increasingly having an impact in the electronics space as well.

And where is that manufacturing capacity now going? Alas, not to Africa. Instead, industrial investment is simply going next door to China’s low-income neighbors like Vietnam, Cambodia and Bangladesh. Meanwhile, Africa’s global share in labor-intensive light manufacturing continues to decline.

Why? In large part because of the iron chains of geography. The only two regions in the entire emerging markets universe that were able to achieve a sustained increase in manufacturing exports as a share of GDP are East and Southeast Asia and core Central Europe. Mexico and Central America come in a more distant third, and everyone else was more or less flat.

That is, the past and current winners from the global game either sit right next to developed Europe and the United States or along the same shipping lanes as Japan and the original Asian tigers.

And the same is true for tomorrow’s champions, who will still be those with the closest proximity to markets or the sea-based production chain.

By contrast, pure “competitiveness” has very little to do with the equation. Africa boosters like to argue that, once countries around the continent improve their physical and especially their “soft” infrastructure, industrial exports will follow as a matter of course.

But that’s not what objective data tell us. Take coastal economies like Ghana and Namibia that score near the top of the region in surveys like the World Bank’s Ease of Doing Business, Transparency International’s Corruption Perceptions or the Fraser Institute’s Economic Freedom of the World.

Then compare them to coastal neighbors like Angola or Cameroon that score towards the bottom. Is there much difference in manufacturing trade exposure or momentum? The answer is no — and the answer is the same if you move the exercise to Latin America or the Middle East.

The lesson here is that geography plays an extraordinarily important role in driving success, and that Africa will continue to wait in a long queue before its turn comes.

This would not matter so much, of course, if Africa had both large and self-sustaining growth markets it could service at home. True, African households and firms actively spend resource-related earnings, as vehicle-clogged streets, buoyant flat-screen TV markets and escalating smartphone use in Lagos, Accra or a dozen other cities will attest.

However, despite record economic growth rates, Africa has seen no increase whatsoever in intraregional trade as a share of the total and a disappointingly modest increase in domestic credit penetration as well.

According to IMF figures, the ratio of African exports that remain within the continent was a meager 10% in 2011-12 — exactly the same as it was in 1995. Disconcertingly, Africa is no different from the Middle East, which essentially sells oil and spends on imports from the rest of the world.

In contrast, the intraregional trade share essentially doubled in developing Asia and emerging Europe over the past decade and a half.

In conclusion, on the one hand there is no broad African disaster waiting in the wings, no wildly stretched regional balance sheets or debt exposures ready to explode. That is a big positive, especially when compared to the disastrous experiences of the not-so-recent past.

On the other hand, ten years after the onset of the biggest secular upswing Africa has seen in the postwar era, the region’s commodity boom remains just that — a commodity boom.

And, unfortunately, it is not enough simply to keep export prices high in order to maintain 6%-ish GDP growth rates and external surpluses. To repeat the experience of the 2000s or anything close to it, the region would have to see its terms of trade continue to rise steeply from here.

In short, just standing in place (which is essentially where we are today and where we may well be going forward) still means the inexorable end of the great African story.

This is of course much less than aggressive Africa optimists would hope for. But it is very important to have proper expectations management — on the continent itself and around the globe.

Just standing in place, which seems the most likely, even slightly hopeful case, means the inexorable end of the great African story.

The Africa story is not poised for takeoff. Rather, it's a few years past its prime.

If and when the commodity cycle turns downward, it will inevitably take much of the African continent with it.

The largest beneficiaries of the expansion in global trade are the nations closest to its centers or those part of the sea-based production chain.

The iron chains of geography: Africa is too removed from global centers to benefit big-time from the 21st century great game.

Just standing in place, which seems the most likely, even slightly hopeful case, means the inexorable end of the great African story.

The Africa story is not poised for takeoff. Rather, it's a few years past its prime.

If and when the commodity cycle turns downward, it will inevitably take much of the African continent with it.

The largest beneficiaries of the expansion in global trade are the nations closest to its centers or those part of the sea-based production chain.

The iron chains of geography: Africa is too removed from global centers to benefit big-time from the 21st century great game.