The U.S. Refusal to See China as a Positive Challenge

Why don’t Americans let themselves be spurred to stimulate their competitive juices when they look at China? 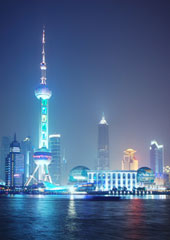 Far too many Americans have a strong tendency to push any real worries and the need for countervailing action about climate change into the future. It is right here that the nation’s surprising structural conservatism and the corporate narrative perfectly match each other.

It is only natural that Republicans, traditionally close to business and considered the essence of conservatism, would be fully content with that situation. But one would assume that the Democrats would be keen to offer a very different policy path.

To an extent, they do. But when the chips are down, they tend to become gun-shy on the environment, afraid of the popular sentiment that taking real action “will cost jobs.”

Ultimately, the Democrats share the — at this stage increasingly blind — faith in the inevitability of U.S. environmental leadership and environmental technologies.

They, too, believe the solutions will come through “just in time.” If they did anything else, they would have to be afraid to be accused of being unpatriotic.

Under those circumstances, the conclusion becomes inescapable that believing in the magic of environmental technologies is just about the last thing in the United States that still has bipartisan support.

In plain political reality, this bipartisan way of dealing with the climate crisis – by pretending the solution will be found as if by immaculate conception — serves the political needs of both political parties quite neatly.

It allows the Democrats to get on their high-tech high horse, while Republicans are ready to bask in the glory of private-sector solutions.

Outside the United States, a different calculation is being made. Whether it is in Japan, China, Brazil, Germany or even the UK, the assumption is that the United States, for domestic political reasons, is no longer the global force for the environmental good, progress and enlightenment. (Unless it’s an app, of course, and doesn’t cost anything.)

Of course, the moment when the American equation changes is when the China factor is introduced into the debate. As soon as that red flag is raised, quite literally, all bets are off.

Unfortunately, the American mindset does not change in the expected direction — of welcoming a true competitor that makes oneself work harder and with that much more determination.

Instead, the Chinese are quickly surmised to have dark, ulterior motives — if it is not argued that their current progress on dealing with the environment does not come on the basis of technologies stolen from American inventors.

There is no question that Chinese approaches on the environment do benefit from American inventions. What is sadly left unsaid is that this is mostly a matter of the United States not having the staying power, willingness to commit financial resources, or to unify the national market enough to provide room to scale up new technologies.

The United States as an Anti-Modernity Force is a five-part series by Stephan Richter on the United States’ inability to play a leading role in the global debate on climate change:

1. Climate Change and the Claim to Global Leadership
2. Optimism as a Force for Good — And Doing Nothing
3. The U.S. Refusal to See China as a Positive Challenge
4. Yearning for Systemic Uncertainty
5. Turning Environmental Threats into Profits

When the China factor enters into the U.S. environmental debate, unfortunately the country is not seen as a creative juices stimulating competitor.

When the China factor enters into the U.S. environmental debate, unfortunately the country is not seen as a creative juices stimulating competitor.

Optimism as a Force for Good — And Doing Nothing