The next big international trade deals should focus on green growth. 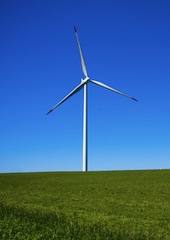 This week, ministers and delegates gather in Bali to try to thrash out a new multilateral trade deal. It seems likely that a deal, if it materializes, has been reduced to addressing trade and customs procedures, rather than the core issues of reducing tariffs and trade barriers. Given this minimalism, it is high time to think about the benefits of free trade in a new and broader light.

There are now substantial regional alternatives to the global forum, such as NAFTA, the proposed Trans Pacific Partnership (TPP), or the new proposed US-EU Transatlantic Trade and Investment Partnership (TTIP). But these are all regional and focused on the existing state of affairs – and they exclude China.

A fresh impetus is needed to revive the idea and promise of a global trade deal. The new Brazilian head of the World Trade Organization, Roberto Azevêdo, has his hands full trying to restore the credibility of the organization. Its effectiveness and reputation have been tarnished after all the years of failure to complete the Doha Round of negotiations.

So here is an innovative idea that Mr. Azevêdo can bring to the table right away to kick start world trade arrangements — as well as to rejuvenate the WTO itself after years of stalled talks in the Doha round.

Why not push for a comprehensive trade deal creating a free market in clean technology goods?

This would be a huge market in itself – and have every prospect of growing to be the biggest market of the 21st century. It would do more than anything to cement China, India and Brazil as partners in world trade with the United States, the EU and Japan. It would give a huge boost to efforts to curb global warming.

Better yet, in an institutional context, there is a very important WTO precedent. Remember the huge surge in IT investments of the past 15 years? What greatly boosted that surge was a similar agreement providing for free trade in IT goods.

The Ministerial Declaration on Trade in IT products – better known as the Information Technology Agreement (ITA) – was concluded by 29 participants at the Singapore Ministerial Conference in September 1996. It has now expanded to 70 participants, who have signed up for an agreement that envisages totally free trade in all IT goods.

What gives teeth to this IT agreement is that it was adopted by the WTO. It now drives targeted free trade momentum among the world’s leading economies, stimulates their adoption of IT products and helps to expand markets for IT producers.

Equally important, it drove the elimination of tariffs on hundreds of products and made them accessible by developing economies around the world. The ITA proves that free trade really does work – when it is targeted and really is free.

Using the IT trade example for green growth

A trade agreement focused on clean technology goods (and perhaps eventually services) could work in the same way. It would bring together a core group of signatories who would agree to phase out tariffs and trade barriers on goods that are central to the promotion of green growth, say over a five- to ten-year period.

This agreement would be adopted by the WTO and become operable as other countries joined in. It could be phased in to cover core products and tariffs at first, perhaps becoming broader in scope subsequently.

There is already a useful precedent. The Asia-Pacific Economic Cooperation (APEC) group countries agreed to a clean tech deal at their APEC Ministerial in Vladivostok in September 2012.

The statement from the APEC member countries committed them to reduce tariffs on “environmental goods” to a level below 5% by 2015. This applies to a long list of clean tech goods. They encompass, for example, renewable energy systems and components, energy efficiency technologies and environmental monitoring systems.

This should also be an excellent fit for the United States. President Obama, in his remarks on climate change in June said that he would direct his administration to “launch negotiations toward global free trade in environmental goods and services, including clean energy technology, to help more countries skip past the dirty phase of development and join a global low-carbon economy.”

Building on the initial progress by APEC and on President Obama’s call for such a deal, taking the issue to the WTO is the next logical step.

The idea of a Clean Technology Agreement (CTA) has the backing of several influential lobbies. These include the newly formed Global Green Growth Institute in Seoul, the IT Innovation Foundation (ITIF) in Washington, D.C. and the Geneva-based International Centre for Trade and Sustainable Development (ICTSD), which dubs the proposed agreement a Sustainable Energy Trade Agreement (SETA).

Whether it’s a CTA, or a SETA, or a SEGS (= sustainable energy goods and services) trade agreement, or just a plain Environmental Goods Agreement (as per the APEC statement), its purpose would be to dismantle barriers to the free flow of goods needed to promote green growth and curb global warming.

Such a WTO agreement would underwrite market expansion for green goods worldwide. Developing countries would have an incentive to base their industrial strategies on green growth rather than black (coal- and oil-fired) growth. And it would provide developed countries with export markets for their new clean technologies and equipment.

Not the least of the advantages of such a global trade agreement would be its capacity to blunt the trade war simmering between the United States, China and the EU over solar PV cells and green goods generally.

Such an agreement would also curb the shift to the revival of fossil fuels in the form of coal seam gas and tar sands oil. Instead, it would keep the world focused firmly on renewable goods and energy systems – which because they are manufactured and are traded would form the core of a global agreement.

Finally, because a clean tech trade agreement would promote trade and investment in green growth, it would deliver far more secure cuts in carbon emissions than commitments under a Kyoto-style agreement could ever hope to achieve.

In fact, such a comprehensive agreement needs an equally comprehensive name. The Global Green Growth Institute in Korea is surely well named – because this is what the world needs now – a “global green growth” trade deal.

So this is a really big idea whose time has come. A global green growth trade deal would enhance immeasurably the tarnished stature of the WTO – and it might even break the logjam holding up the conclusion of the Doha Round. The promise of its delivery would be a triumph for Mr. Azevêdo and the WTO, ensuring its continued relevance in a globalizing world.

Given the WTO's recent minimalism, it's time to rethink the benefits of free trade in a broader light.

A global trade deal on clean technology would phase out tariffs and barriers on goods central to green growth.

We need a global trade deal that would underwrite market expansion around the world for green goods.

A global green growth trade deal might even break the logjam blocking the end of the Doha Round.

Developing countries would have an incentive to base their industrial strategies on green growth.

A global trade/investment deal on green growth would cut carbon emissions more than the Kyoto Protocol.

Given the WTO's recent minimalism, it's time to rethink the benefits of free trade in a broader light.

A global trade deal on clean technology would phase out tariffs and barriers on goods central to green growth.

We need a global trade deal that would underwrite market expansion around the world for green goods.

A global green growth trade deal might even break the logjam blocking the end of the Doha Round.

Developing countries would have an incentive to base their industrial strategies on green growth.

A global trade/investment deal on green growth would cut carbon emissions more than the Kyoto Protocol.

Made in the USA: Iran’s Grievances