To Secede or Not to Secede: The Case of Europe

Will the economic costs of secession keep Europe’s separatist movements in check? 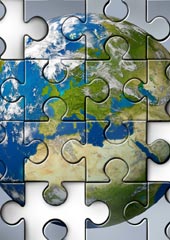 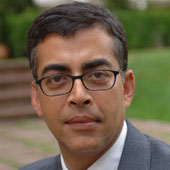 In Europe, the argument usually articulated by separatists goes beyond globalization. The argument is bolstered by claims that integration at the level of the European Union, paired with the devolution of power from national to regional governments, has further eroded the power of national borders. In other words, the established nation-states in Europe are squeezed both from above and below.

Consider, for starters, the case of Catalonia, a relatively rich region (currently) in Spain. Catalan separatism was fuelled by Franco’s brutal suppression of its language and culture as payback for its opposition in the Spanish Civil War (memorialized by George Orwell in his book Homage to Catalonia).

More recently, separatist discourse has been dominated by economic arguments, particularly the large fiscal deficit that Catalonia runs with the rest of Spain. But the economic case for separation is actually much weaker than separatists recognize.

To see why, consider the maps below, which re-size foreign countries and other regions of Spain in proportion to their merchandise trade with Catalonia. (The data are for 2007, the most recent year available. Since these patterns tend to evolve slowly, it is still relevant.) The map indicates that Catalonia sold more to the rest of Spain than it did to the entire rest of the world.

The map of Catalonia’s merchandise imports indicates a level of localization that, while substantial, is somewhat lower. Its imports tend to travel farther than its exports. This pattern reflects Catalonia’s role as an import hub for Spain.

Thus, based on preliminary estimates for 2011, Catalonia ran an international trade deficit of €15 billion that was offset by a €23 billion trade surplus with the rest of Spain. In other words, Catalonia imports products from around the world, adds value to them, and sells them onward to markets across Spain.

What might happen to these numbers if the regional border between Catalonia and the rest of Spain were replaced by a national border? Stylized estimates from international economics suggest that when two firms are located on opposite sides of a national border, trade between them falls by about two-thirds — to one-third of what it would be otherwise.

Analysis of more than 100 independence events since 1900 confirms that two-thirds drop in trade intensity, although how quickly this happens depends greatly on whether the separation is hostile or amicable. In the case of the “Velvet Divorce” between the Czech Republic and Slovakia, trade intensity between the new nations dropped by three-quarters within five years, even though a customs union and a cross-border payment mechanism were put in place.

The two-thirds drop-off is also roughly consistent with how much more intensely German “Bundesländer” trade with each other than with other EU countries. As a result, Germany has the lowest national border effects of any large EU member.

Applying such estimates to Catalonia in 2011, a reduction of its trade with the rest of Spain to one-third of its actual level would have caused Catalonia’s combined international and interregional trade balance to shift from a surplus of 4% of GDP to a deficit of 4%. Its GDP would have contracted by about 8%.

Although this estimate could be further refined (for example, by accounting for the impact of reduced interregional exports on international imports), the rough magnitudes do suggest that this is an effect that should be taken into account when weighing the pros and cons of secession, especially at a time when Catalonia, like the rest of Spain, is searching for motors of growth. But it virtually never is.

Countries on the edge

A similar logic also applies to other parts of Europe subject to secessionist sentiments — Spain’s Basque region, Scotland, northern Italy, and so on. Among the smaller countries in the EU, Belgium, which ought to know better, is particularly on the edge.

When Belgium was carved out of the Netherlands in 1830, much of Belgian business lost its principal markets, provoking a major economic crisis. Yet the current arguments about dividing up the country — an idea that seems increasingly popular in both Flemish-speaking Flanders and French-speaking Wallonia — are occurring against the backdrop of a situation in which the two regions do not (unlike the Spanish regions) even have a handle on how extensive their economic interactions with each other are.

Scotland is, procedurally, the region that looks closest to secession at the moment. There, the issue of how to divide (declining) North Sea oil revenues provides a faint echo of South Sudan’s secession. Present economic conditions also complicate the division of the UK’s national debt and the selection of a currency for an independent Scotland.

The crisis in the eurozone has both squelched talk of joining the euro and demonstrated the limitations that retaining the pound would imply for an independent Scotland’s economic policies. And then there are, along the lines of the Catalan example, the effects on internal trade to be considered — still unanalyzed, I believe, but bound to be large.

The case of Catalonia might also rebound directly against a Scottish secession attempt. It is unclear whether a country that secedes from an EU member would automatically become a new member, or would have to go to the back of the line to apply for membership.

And countries that face their own separatist movements are loath to allow a state born out of secession from a current member to join smoothly. Spain, in particular, has been rumored to contemplate blocking Scotland’s entry into the EU.

Debates over the future of the EU itself also echo some of the talk about secession, as present strains lead some to question the value of even preserving present levels of integration. The same underestimations of national border effects that cloud perspectives about secession also arise at the EU level.

Looking at trade figures from the late 1980s, before physical and tax barriers were abolished in 1993, the creation of a single market boosted trade between member states by between one-third and two-thirds. Try to roll back a borderless Europe, and rather than the 10% haircut sometimes talked about, the reduction in trade could be somewhere between 25% and 40%. That would be catastrophic.

A broader historical perspective also sheds light on why breaking up attracts so much support in these tough times and yet should not be recommended as a general expedient. For much of human history, our ancestors banded together with whomever they could trust (usually very similar neighbors, if not blood relatives) to survive extremely hostile conditions.

In the early hunter-gatherer societies of what I call “World 0.0,” the chances that one male would be killed by another ranged from 15% to 60%. With that kind of heritage, it is not surprising that even today most of us have some inclination to build up barriers between “us” and “them.”

But against that historical conditioning, our ancestors did gradually — in fits and starts, and not without reversals — overcome many of their fears and prejudices. They built the largely self-contained nation-states of “World 1.0,” and along the way they increased prosperity and security far beyond what our early forebears could have imagined.

The number of independent political entities declined from nearly a million in 3000 BC to about 50 prior to World War I, before rising back up to nearly 200 today — mainly due to the break-up of colonial empires after World War II.

The basic trend toward expanding circles of cooperation has also extended across national borders, with countries developing important economic and other linkages to the extent that it has become fashionable to proclaim the imminent arrival of a fully globalized world, what I call “World 2.0.”

But visions of a world where borders and distances no longer matter dangerously mischaracterize reality. As I write in my book World 3.0, no matter how you slice the numbers, most activities that could take place either within or across borders are domestic, not international, and those flows that are international are more likely to be regional than global.

Borders and distance still impede the movement of products, people, capital and information much more than believers in their “practical irrelevance” recognize. My emphasis here on the fact that borders still matter economically as well as politically is not intended to suggest that that secession never makes sense. But it does carry a price, with one of the costs being diminished commerce with formerly domestic trade partners.

Would-be nations may conclude this is a price worth paying, but they should at least weigh such pros and cons explicitly. And they should remember that over the past few millennia, human progress has been spurred by expanding rather than contracting circles of cooperation.

The number of independent political entities declined from nearly a million in 3000 BC to about 50 prior to World War I, before rising back up to nearly 200 today.

Over the past few millennia, human progress has been spurred by expanding — rather than contracting — circles of cooperation.

Borders and distance still impede the movement of products, people, capital and information much more than believers in their "practical irrelevance" recognize.

Over the past few millennia, human progress has been spurred by expanding rather than contracting circles of cooperation.

The number of independent political entities declined from nearly a million in 3000 BC to about 50 prior to World War I, before rising back up to nearly 200 today.

Over the past few millennia, human progress has been spurred by expanding — rather than contracting — circles of cooperation.

Borders and distance still impede the movement of products, people, capital and information much more than believers in their "practical irrelevance" recognize.

Over the past few millennia, human progress has been spurred by expanding rather than contracting circles of cooperation.