Will a UN Fact-Finding Mission Ever Make It to Syria?

Will the world consider intervening even if they don’t have all the facts? 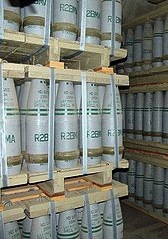 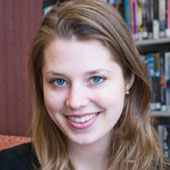 The United Nations fact-finding mission to investigate chemical weapons in Syria was ill fated since it was first convened by Secretary-General Ban Ki-moon in March.

There is no prospect for a resolution to the diplomatic wrangling between Syria and the U.N. Secretariat about its scope and purpose.

In the meantime, any scientific evidence of a chemical attack in Aleppo on March 19 is quickly disintegrating into the soil.

They may have to turn to the question of whether and how to intervene to stop the massacres in Syria without first knowing exactly what happened to the gasping victims captured by a photographer more than a month ago.

Syria is pushing back against requests that the U.N. team be allowed access into a broader range of territory than initially proposed.

An expanded fact-finding mission, some Security Council members have suggested, would include Homs and Damascus in addition to Aleppo. Reports of chemical weapons surfaced in these cities last December.

Syria has made itself suspect by resisting this expansion, leading some to assume there must be something within Syrian borders officials in Damascus think is worth hiding.

Consequently, much of the media coverage of this dispute concludes that Syria has been the main obstacle.

Instead, at a recent New York press conference, he waxed sentimental about countries that have not been held accountable for chemical attacks in decades past.

Yet, it was in fact Syria which requested the fact-finding mission in the first place, with a letter requesting that the Secretary-General appoint a team to determine whether chemical weapons had been used in Aleppo.

The Syrian delegation may not have considered that this would leave the door ajar to other requests for investigations.

As other states jumped on this opportunity to bring up a range of allegations, the debate over a fact-finding mission became embroiled in a diplomatic tussle over scope and intent.

The UNSG has not always had the power to carry out chemical weapons investigations of this nature. The first Secretary-General to be granted that power was Javier Perez de Cuellar in 1984.

He was tasked with assembling a team of scientists to determine whether Suddam Hussein’s troops had used chemical weapons against Iran in the Iran-Iraq War.

The investigators spent four days in Iran collecting medical evidence, witness testimony and soil samples. These would later be used to incriminate Iraq in one of the worst cases of chemical warfare since the Geneva Conventions outlawed it in 1925.

Like many of the powers granted to the UNSG, Ban Ki-moon’s current mandate to deploy a fact-finding mission to Syria—if it ever succeeds in getting off the ground—is pursuant to a General Assembly resolution passed during this specific historical precedent.

In many ways that precedent is a poor analogue for the present situation.

Syria is being accused of using chemical weapons against its own people rather than a foreign adversary.

So it’s no wonder access issues have played a central role in diplomatic disputes.

The General Assembly passed a resolution in 1987 requiring the U.N. Secretary-General to respond to any member state’s request for a chemical weapons investigation.

But surely they were not thinking the request might come from the same country standing on trial before the world’s eyes.

Additionally, while the Syrian mission to the U.N. is being blamed for trying to exercise undue control over the investigation, the U.N. is haunted by the memory of faulty claims of weapons of mass destruction in Iraq ten years ago.

Then, the Security Council called for Iraq to completely cooperate with U.N. weapons inspectors — only to find later that Iraq had ended its nuclear program in 1991.

The WMD debacle in Iraq has changed the nature of the debate since the last time the UNSG was asked to convene a scientific chemical weapons investigation.

The secretariat now faces an international community that is more reticent about weapons investigations that encroach on national sovereignty.

That applies whether that investigation hinges on a security threat like a nuclear program in Iraq — or an expansive humanitarian crisis such as the one unfolding in Syria.

Also, unlike today’s situation with Syria, the use of chemical weapons in the Iran-Iraq War in the 1980s was not necessarily a potential pivot point for a military intervention by outside powers.

Then, the United States was nervously keeping one eye on the strategic Straight of Hormuz throughout the Iran-Iraq conflict.

But that conflict did not spur the same warnings and “red line” rhetoric we have been hearing from the Obama Administration about Syria.

In an era of the Responsibility to Protect, confirming incidents of chemical weapons use in Syria carries a much stronger moral weight for those in favor of intervention.

Thanks to international human rights monitoring and activist reports, we already have a sense of the enormity of the crisis at hand in Syria.

Finding out that chemical weapons have been used is not likely to change the estimated death toll. But it could be a harbinger of how much worse the conflict could get if nothing is done to end it.

As the number of casualties in Syria rises each day from conventional warfare, there is a temptation to see the chemical weapons question currently under so much scrutiny as a technicality. After all what matters most is not how Syria is being destroyed, but that it is.

Moreover, the alleged chemical weapons incidents under investigation are dispersed across the country, relatively isolated and smaller in scale than historical precedents like the Iran-Iraq War chemical attacks.

So, the debate over the U.N. mission’s scope and focus will likely continue for the foreseeable future.

Ban Ki-Moon has repeatedly stated that an on-site scientific fact-finding mission is the only way to find incontrovertible evidence of chemical weapons use in Syria.

So the real question at hand — whether and how to intervene — will likely have to come first, without definitive evidence.

Meanwhile, new voices are now entering the debate with further claims of chemical weapons use.

Carla del Ponte’s statements on Swiss-Italian television two weeks ago is a further sign that the longer the international community wrings its hands over a U.N. fact-finding mission in Syria, the more evidence of varying reliability will continue to surface and face scrutiny.

There is little chance of a quick resolution to the current imbroglio in the world body, and truly incontrovertible evidence of chemical weapons use is likely never to emerge.

The international community will therefore be forced to decide on a course of action in the face of continuing uncertainty.

The world may have to decide whether to intervene in Syria without first knowing what happened.

It was in fact Syria which requested the fact-finding mission in the first place.

Any evidence of a chemical attack in Syria is quickly disintegrating into the soil.

Syria is accused of using chemical weapons against its own people rather than a foreign adversary.

Finding out chemical weapons were used is unlikely to change the estimated death toll.

The world may have to decide whether to intervene in Syria without first knowing what happened.

It was in fact Syria which requested the fact-finding mission in the first place.

Any evidence of a chemical attack in Syria is quickly disintegrating into the soil.

Syria is accused of using chemical weapons against its own people rather than a foreign adversary.

Finding out chemical weapons were used is unlikely to change the estimated death toll.

The Changing Nature of Power in Asia