China as an Economic Savior

Why are Europe’s export industries happy about rising prices and domestic demand in China?

Why are Europe's export industries happy about rising prices and domestic demand in China? 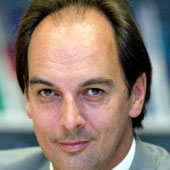 Virtually no other phenomenon has had such profound effects on the economic policy of the Western world over the past 30 years as China’s perceived — and real — economic success. Cheap Asian competition is blamed for the collapse of traditional, established steel manufacturers in Europe and the disappearance of a number of textile companies.

For years now, the threat of Chinese competition has been used as a bogeyman to force workers to accept lower wages, to cut social security spending and to praise Germany’s proposed set of labor market and social system reforms (known as Agenda 2010). It was even enough to fill entire books by sensationalistic authors with more or less crazy theories about Europe’s general demise.

That is now over. What has been observed for some time now has reached a spectacular new dimension since the outbreak of the financial crisis. Exports by Western companies to China have grown to such an extent, in such a short span of time, that there now are signs of a trend reversal. (At the same time, Asia’s cost advantage has been dwindling.) Suddenly this huge country is emerging as a totally new growth factor. These changes, after 30 years of fear, are ushering in a completely new phase of globalization — one that will mainly benefit those countries that were most affected by cheap competition from China, including Europe’s current crisis countries.

Asia’s two largest emerging market economies, China and India, together exceed Germany as an import destination by 60% to 70%. At the beginning of 2009, the figure was a mere 20%. Germany, for one, has heeded this import boom: Over the past few years, China has overtaken Belgium, Switzerland and Poland in the ranking of Germany’s key export markets.

Part of the Chinese boom is most likely due to Beijing’s enormous economic stimulus package in response to the global financial crisis, which boosted domestic demand and thus imports as well. As China’s domestic consumption grew, fewer goods were exported. Behind this lies a deeper trend, writes Veronique Riches-Flores, an economist at Société Générale, in her impressive study “The New Chinese Landscape.”

According to Riches-Flores, China’s transformation from an export-oriented to a consumption-based economy is thanks to rising incomes and defined political objectives. Just ten years ago, China’s automobile market was smaller than France’s. Today, she reports, it is nine times larger. Last year, for the first time ever, Chinese consumers are likely to have contributed just as much to the increase in global consumption as their American counterparts.

Nevertheless, the per-capita expenditures of the Chinese are still relatively modest, writes Riches-Flores, which is another indication that we may be at the beginning of a trend. According to estimates in 2008, approximately 40% of urban Chinese belong to the middle class — that is, people who spend far more money on durable consumer goods and luxury goods. According to Société Générale’s estimates, China’s urban middle class should roughly double in size from 200 to 400 million people. Even though the accompanying surge in income is likely to lead to higher savings, Riches-Flores expects real consumption by China’s urban population to double — and even triple in the case of household appliances.

However, China’s rising domestic consumption does not automatically mean that foreign suppliers will benefit. But a number of factors indicate that this will change too. Chinese companies are already increasingly turning their focus to the domestic economy, just as German companies did during the unification boom. In addition, China’s competitive edge is shrinking in the wake of a surge in own demand (and costs) in tandem with its economic growth. Prices in the emerging markets have more than doubled since 2000, whereas the eurozone only recorded a 23% increase in prices.

What’s more, China’s (cheap) pricing power seems to be waning. Since 2005, EU companies have been able to raise their export prices to China by almost 40%, twice as much as in other export markets. “Each year of inflation renders emerging market countries less competitive,” says Riches-Flores.

Accordingly, European companies are already reaping the benefits from these changes with better earnings than those elsewhere, because they are quite well positioned where the effect of China’s transformation is most evident. Despite all that cheap competition, a good third of the world’s machinery, more than 40% of its cars and as much as 50% of chemical products come from the euro region. That’s something Europe can build on.

There is much to suggest that China’s new consumption trend is well suited to what Europeans have to offer. This trend goes well beyond the demand for German-made machinery, whose manufacturers have benefited most from China’s past investment boom. China’s booming middle class has created a large market for household appliances, luxury cars, designer clothes, wine and pharmaceuticals. These developments please the Italian, French and Spanish companies who have suffered the most because of competition from cheaper Chinese goods (as opposed to the German companies, which have been protected due to their quality specialization). France already accounts for 60% of China’s wine and spirits imports.

This represents well-tailored, growing demand in China in tandem with the simultaneous recovery of European competitiveness. This will completely change the rules of the global game, says Société Générale’s Riches-Flores. By 2020, China’s share of German exports could triple to 15%. Similar increases can be expected for other euro countries. It is quite possible that by 2020 China’s transformation will boost structural economic growth in the euro region by 0.25 to 0.4 percentage point per year, creating millions of jobs.

From Germany’s perspective, it has always seemed quite absurd to hype China’s economic threat. China’s new growth model could now even help in the event of a crisis. And maybe some of those who call Europe’s periphery terribly outdated will be in for a surprise.

From Germany's perspective, it has always seemed quite absurd to hype China's economic threat. China's new growth model could now even help in the event of a crisis.

There is much to suggest that China's new consumption trend is well suited to what Europeans have to offer.

From Germany's perspective, it has always seemed quite absurd to hype China's economic threat. China's new growth model could now even help in the event of a crisis.

There is much to suggest that China's new consumption trend is well suited to what Europeans have to offer.