How can Egypt stand at the edge of a new period of modernization and opening up in the Arab world?

How can Egypt stand at the edge of a new period of modernization and opening up in the Arab world? 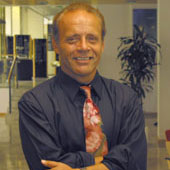 In recent years, economic conditions in Egypt have improved after a period of stagnation, a result of the government’s adoption of more liberal economic policies. At the same time, these very same economic reforms, especially the privatization of public assets, have contributed to corruption, which has been an impediment to further growth.

One of the most destabilizing elements in the Egyptian turmoil has been the country’s gradual transition from a lower-income economy to a middle-income nation. It has been fraught with pitfalls.

Most importantly, the new prosperity has not improved the daily lives of average Egyptians. If anything, it has increased inequities and resentment among the young unemployed and those 40% of the population who live on $2 or less a day.

While the country’s average income has been increasing slowly but steadily, basic prices have also been climbing, and recent food inflation has made life even more difficult for most Egyptians.

Certainly, Egypt under Hosni Mubarak achieved some progress. But compared with the higher performers in Asia, and given the country’s vast potential, the record seems mediocre.

In the West, Egypt has been seen as a solid ally. Egyptians, however, saw their country as it was — a nation that failed to realize its full potential.

Too little, too late

In the past decades, Egypt has outperformed some of its neighbors, although not by much. The average income, as indicated by GDP per capita (adjusted for purchasing power), is about $6,400 — less than in Tunisia and Algeria, but more than in Jordan, Syria or Morocco.

Then again, in the era of globalization, people are looking beyond their neighbors to get a sense of how their own living standards compare. At $216 billion (on a nominal basis), Egypt’s total GDP was $1 billion less than that of Singapore, a small city-state whose population is barely 5.1 million. In contrast, Egypt’s population amounts to more than 80 million.

Since 1979, Egypt has received an average of $2.2 billion per year in U.S. foreign aid. However, this assistance has not fostered self-sustained economic growth.

In the World Economic Forum’s global competitiveness rankings, Egypt actually moved up 11 places to 70th in 2010, overtaking Morocco and reflecting recent liberalization efforts in the country. The improvement in the overall ranking stems from the upgrading of infrastructure and from positive developments related to labor market efficiency and financial market sophistication.

Egypt’s main competitive strengths are the sheer size of its market, which allows businesses to exploit economies of scale. These strengths also include fairly solid private institutions, as well as the satisfactory quality of the transport and energy networks.

There are also numerous challenges. In particular, labor market rigidities paved the way to the turmoil of Tahrir Square.

A large number of young Egyptians are well educated. Still, inflexible hiring and firing procedures have kept the country’s many unemployed young people from entering the formal labor market.

Moreover, the participation of women in the labor force remains low, and there are more than three million Egyptians working abroad.
These challenges have been reinforced by increasing macroeconomic instability in Egypt. Although government debt has been reduced somewhat, the budget deficit and inflation have continued to rise.

A rapidly growing population, limited arable land and dependence on the Nile all continue to overtax resources and stress the economy.

Along with the large emerging economies — the so-called BRICs (Brazil, Russia, India and China) — many analysts have identified other medium-sized emerging economies. Like Indonesia, Vietnam and the Philippines, Egypt has substantial potential to become an economic success story in the 21st century.

In the past few years, Egypt has largely performed in line with early projections, along with Bangladesh, Korea, Turkey, Nigeria and Vietnam.
From 2004 to 2009, the stock market performances of these “future BRICs” look impressive, despite the sell-off during the credit crisis. According to Goldman Sachs, equity indices increased by around six times in Brazil, five times in India, almost four times in Russia and two times in China. Among the potential BRIC successors, the best-performing markets were Egypt (a nine-fold increase) and Indonesia (a six-fold rise).

In one scenario, the Egyptian transition is seen as an Arabic version of the fall of the Berlin Wall. Favored by the Western media, this scenario could have a highly bullish impact on the markets.

However, Mubarak’s Egypt is not Honecker’s East Germany, torn between capitalism in the West and socialism in the East. The demonstrators demanded greater participation in Egypt’s democracy, but they were also fighting for jobs, dignity and prosperity.

In another scenario, the Egyptian transition is seen as a tipping point, which only serves to shift political power to “Islamic extremists.”
This scenario, however, may have more to do with the West’s fears over Egypt than the realities on the ground.

In the early 2000s, neo-conservatives advocated regime change as a spark for a domino effect, which overnight would transform the Middle East into Western democracies. Having been mugged by realities in Iraq and Afghanistan, neo-conservatives today see pro-democracy movements as dangerous sparks that can cause extremist turmoil across the Arab world.

In both scenarios, outcomes are derived from mistaken premises.

In the post-Mubarak era, Egypt may evolve in several directions. For years, Egyptians have come to better understand the economic gains that globalization has brought to East Asia, China and India — gains that have bypassed their own country.

In 1980, Egypt ranked 125th and China only 166th in terms of GDP per capita (adjusted for purchasing power). After three decades of economic reforms and opening up, China has left Egypt behind.

Not only have average growth and prosperity levels declined in Egypt, but Al Jazeera, the Internet and social media have increased the nation’s self-awareness.

Four decades ago, at least five million mourners attended the ten-kilometer funeral procession of Gamal Abdel Nasser through Cairo. Along with Muhammad Naquib, Egypt’s first president, he led the Revolution of 1952, which overthrew the monarchy and heralded a new period of modernization.

If, in the course of the impending transition, Egypt can find a way to participate in the benefits of globalization, it will stand at the edge of economic growth — a new period of modernization and opening up in the Arab world.

The transition from a lower-income economy to a middle-income nation is fraught with pitfalls.

Egypt's labor market rigidities have contributed to youth unemployment, which paved the way to Tahrir Square.

The transition from a lower-income economy to a middle-income nation is fraught with pitfalls.

Egypt's labor market rigidities have contributed to youth unemployment, which paved the way to Tahrir Square.