What is the weakest point in the geopolitical rise of Asia — and what are the rising nations doing to fix it?

By Jean-Pierre Lehmann and Suddha Chakravartti 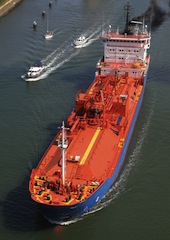 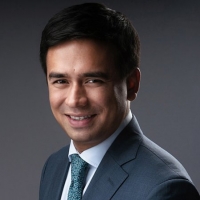 Suddha Chakravartti is Head of Research and Lecturer in International Relations and Law at EU Business School, Switzerland.

The first chapter on Europe in Charles Emmerson’s remarkable book, 1913: The World Before the Great War, is entitled, “The Centre of the Universe.” In the first paragraph he writes:

“A European could survey the world in 1913 as the Greek gods might have surveyed it from the snowy heights of Mount Olympus: themselves above, the teeming earth below.”

Substituting “Asian” for “European,” “bodhisattva” for “Greek gods,” and the “Himalayas” for “Mount Olympus” might not quite capture the mood of 2013. And yet, in many fundamental respects, Asia has become the “centre” of the universe.

Asian elites see that after 200 years of European (Western) global domination, Asia is back: not “emerging” but “re-emerging.”

It is, of course, far easier to be a European than to be an Asian. This is partly the case because there are far fewer Europeans than Asians.

The pattern will continue. According to UN estimates, by 2050 Asia’s population will have increased to 5.3 billion and Europe’s will have decreased to 628 million (8.4 times).

It is also easier to be a European now because of geographic and cultural distances. Helsinki may appear far from Rome in both senses (geography and culture). But it is far less distant than Sana’a is from Seoul or Singapore from Kabul.

The vastness and heterogeneity of Asia contrast with the relative compactness and homogeneity of Europe. Nevertheless, Asia does exist as a geopolitical, geo-economic and analytical entity.

While China’s global reach is expanding to the proverbial four corners of the planet, within Asia there has been intensifying inter-connection and interdependence.

Within Asia today, as was the case within Europe in 1913, there are both integrative, centripetal forces and disintegrative, centrifugal forces. The latter are reflected in the numerous territorial disputes and rising nationalism, both in Europe 1913 and Asia 2014.

Energy in general and hydrocarbons in particular, stand out as key factors of inter-connection and interdependence. While Western and Central Asia (Saudi Arabia, Iraq, Iran, et al) produce oil, South and East Asia have become the world’s major consumers.

This applies not only to the behemoths Japan, China and India, but also other countries like Indonesia, Malaysia, Thailand and Vietnam. They will compete for influence and energy supplies.

That is reflected in part in the territorial disputes currently threatening security in the East China and South China seas.

Developing countries in Asia are now entering their most energy-intensive phase of development. In line with rising living standards, they increase their consumption for industrialization, infrastructure, transportation and development.

It is estimated that, if consumption of energy sources continues unabated, by 2030, half of the future demand will come from China and India. Both countries are today net importers of energy.

Thus, China, India and other Asian countries will have to secure access to available energy sources at affordable prices in the future.

Otherwise, they cannot satisfy the aspirations and demands of their bourgeoning populations and especially their burgeoning middle-income earners.

The Indian Ocean Rimland extends from the Middle East to the Pacific, as author Robert Kaplan refers to it. It constitutes 90% of intercontinental trade, 70% of petroleum trade, 60% of traded liquefied natural gas (LNG) and 70% of traded coal.

Any disruptions (in supplies and price spikes) may derail and stall economic progress in these countries. Energy security therefore lies at the heart of Asia’s economic transformation, prosperity and development.

In its scenarios for 2050, Shell estimates that, as soon as the year 2015, supplies of easily accessible sources of energy like oil and gas will not match demand. There will be what Shell describes as a “scramble” over resources (energy, food and water).

In the absence of an Asian (or global) institutional framework, this has the potential of seriously jeopardizing Asia’s destiny.

This untrammeled scramble and the conflicts that might arise could have tremendous negative impacts not just on Asian security, but indeed on global security — given that Asia is now back to being the center of the universe.

This potential for global disaster is all the greater in light of what may be termed the “fragility of energy markets.” It arises from the instability of the West/Central Asian region and from the turmoil afflicting a number of primary energy producing countries.

The deep divergence between China and the United States with regard to the Syrian conflict arises in good part because of Beijing’s perceived need for sustained oil and gas imports from Iran — one of China’s key suppliers.

The need for a secure-as-possible oil-producing region also has diplomatic consequences.

It prompted Chinese president Xi Jinping to invite in May 2013 to Beijing both President Mahmoud Abbas of the Palestinian Authority and Israeli Prime Minister Benjamin Netanyahu as a step in developing China’s engagement in the Middle East peace process.

China’s energy security is also much affected by the “Malacca Dilemma.”

Oil originating from the Middle East finds its way to China through seaborne trade in the Indian Ocean. It passes through the narrow strategic Strait of Malacca. This volume is about 15 million barrels per day, representing one-sixth of global supply.

This is one of the many reasons why China is investing strategically in what is called the “String of Pearls.”

This strategy consists of China building closer relations with and helping countries in the Indian Ocean (Burma, Sri Lanka, Pakistan and Kenya) to develop state of the art multi-billion dollar port facilities (civilian but could be used as military).

These initiatives ensure two outcomes: First, the safety of Chinese trade routes in the Indian Ocean (plagued by regional instability, piracy, etc), with special focus on the three main choke points — the Gulf of Hormuz, the Strait of Bab-el Mandeb and the Strait of Malacca.

Second, China manages to contain its biggest future competitor, India, in its own sphere of influence. Reacting to the Chinese “String of Pearls,” India intends to spend more than China in the near future to upgrade and develop its blue water navy.

India is also trying to match China’s influence in Teheran, by helping Iran build a strategic port at the Gulf of Hormuz (Chah Bahar).

Although South and East Asia considerably depend on imports of oil and gas, they do have significant coal reserves. For a combination of economic and security reasons, Shell estimates that the comeback of coal energy will replace oil as the primary energy source.

China is already the largest producer and consumer of coal. Although cheap and available, coal has tremendous environmental negatives. China is the world’s largest emitter of greenhouse gases.

Chinese cities are covered in pollution causing terminal illnesses, a situation that is giving rise to considerable social unrest. The energy situation for China is a matter of deep concern therefore for both internal stability and external security.

If Asia is to continue to grow, it needs to meet its energy needs. Studies conducted by the International Energy Agency (IEA) indicate that investments of up to $10 trillion may be required in the next 20 years in the oil, gas and power sectors in Asia.

There are of course alternative scenarios that have not been addressed here.

Examples include the possible impact of shale gas discoveries and technologies and investment in renewable non-fossil energies, especially solar energy. These phenomena may well alleviate the present conundrum. That will take time, however.

In the meantime, problems arise in part from the explosive situations that are involved in Asia’s quest for energy security.

Even more so, what may come to haunt Asia is the absence of a proper institutional framework for problem solving and confidence building.

Much needs to be done to try to ensure that Asia 2014 will not be a repeat of Europe 1914. Energy is Asia’s Achilles heel.

Energy security lies at the heart of Asia's economic transformation, prosperity and development.

Shell estimates that, as soon as 2015, easily accessible oil and gas will not match demand.

The IEA has estimated Asia must invest up to $10 trillion over 20 years in its oil, gas and power sectors.

Much needs to be done to ensure that Asia 2014 will not repeat Europe 1914. Energy is Asia's Achilles heel.

Suddha Chakravartti is Head of Research and Lecturer in International Relations and Law at EU Business School, Switzerland.

Energy security lies at the heart of Asia's economic transformation, prosperity and development.

Shell estimates that, as soon as 2015, easily accessible oil and gas will not match demand.

The IEA has estimated Asia must invest up to $10 trillion over 20 years in its oil, gas and power sectors.

Much needs to be done to ensure that Asia 2014 will not repeat Europe 1914. Energy is Asia's Achilles heel.