From Sarajevo to Brussels: The Big Picture

The European Union helped to create a grand European peace. 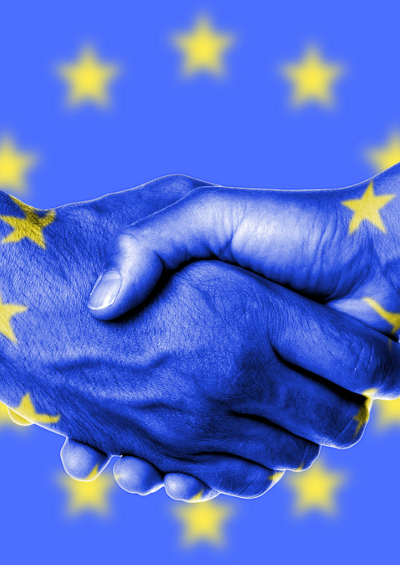 One hundred years after the shots that triggered the Great Wars of European self-destruction, we bow our head to all those who perished from 1914 to 1945.

But we should also marvel at what Europe has achieved thereafter. For the last 65 years, the free parts of Europe have enjoyed the longest period of peace and prosperity since the fall of the Roman empire.

What is so different now from the fragility of 1914? It is tempting to think that, today, the people of Europe and their representatives are just so much more modern, more enlightened and more cosmopolitan than their benighted predecessors.

Generation of my grandparents

This does not do justice to the generation of my grandparents. They were modern. For Europe (as well as North America and Japan), the period that ended in 1914 had been the most dramatic wave of modernization and globalization ever seen until then.

The time was marked by scientific and technological breakthroughs, by major improvements in sanitary conditions and medical standards, by vast social progress and rising life expectancy.

It was the age of liberal economics with unprecedented cross-border mobility of capital and ideas. Although not yet connected as “friends” on Facebook, the political elites of Europe knew each other well, with their titular figureheads meeting ever so often for family and other occasions.

Strangely, the monarchs all seemed to have some roots in “Saxe-Coburg-Gotha”. All the big nations that then bled each other to near death at Ypres on the Western front were basically democracies under the rule of law with a lively, free-ish press at home, despite some warts in the political set-up.

It is not that we or our political representatives are so inherently different from our ancestors 100 years ago. The Europe of the last 65 years is different from the past for other reasons:

1. France and Germany have learned the hard way that neither of them will ever be able to dominate Europe.

2. Germany has firmly anchored itself in the West, abandoning its old inherently unstable position as the power in the middle.

3. The first two points have allowed the nations of continental Europe to opt for a clean break with the past. Instead of pursuing old rivalries in a fragile balance of power, they have tried to forge unbreakable links between each other through new and permanent institutions. The results are the European Union and the euro, warts and all.

4. As probably the most benign hegemon ever, the United States and its nuclear umbrella have guaranteed not just the external security of a free Europe, they have relieved the countries of Europe from the need to worry about each other’s military capabilities and aspirations.

For example, without the military dominance of the United States, the French force de frappe — with its initial capability to strike little further than its immediate neighbors — would have been a bigger irritant to Germany.

The institutions of Europe, with no real precedent in history, are imperfect and prone to the occasional crisis. But in the big picture, they have served their major purpose rather well.

That they have done so is, by now, the shared experience of the political elites across continental Europe. Late-night compromises in Brussels can be very unsatisfactory.

But we need to judge them relative to the ways in which the nations sharing the European continent and a history of blood discussed their differences in the past.

The shared experience that has crystallized itself in the imperfect institutions of Europe and NATO and the long period of peace and prosperity underpinned by these institutions help to understand why:

1. Once given the chance after the collapse of the Soviet Union, the nations of central Europe rushed to join NATO and the EU.

2. Given the chance, Ukraine is now trying hard to follow them into the EU.

3. The euro was never at serious risk, although the position of Greece in the euro briefly was an open question in June 2012.

4. Majorities of 80% in the German Bundestag have approved the support packages for other euro members.

5. The euro crisis countries have gone to extreme lengths to meet the conditions attached to such support, even if some of these conditions were not optimal.

6. France, Germany and Poland have jointly nominated the candidate endorsed by all mainstream forces in the EU parliament as EU Commission president, overruling British objections in the process.

7. The Oxford-educated foreign minister of Poland embodies the political consensus of continental Europe just as much as Mariano Rajoy, Francois Hollande, Angela Merkel or Matteo Renzi with their different backgrounds.

History always moves on. A popular backlash against the free movement of labor, one of the pillars of the EU common market, and against the temporary pains of structural reforms has put new strains on Europe’s institutions.

An unreformed French economy is a problem. An understandable reluctance of the United States to remain fully engaged as the benevolent hegemon adds to the mix.

Europe and its institutions will have to evolve. But as we have seen during the euro crisis, if Europe has to evolve, it eventually does.

With the brute and myopic power plays of Russia’s Vladimir Putin serving as a stark reminder of the kind of negative-sum politics that Europe has left behind, we expect the institutions that underpin the Europe of today to adjust and to continue to serve their purpose.

Compromises from Brussels can prove unsatisfactory, but it beats Europe’s past penchant for bloody wars.

We should marvel at the lasting peace Europe has achieved.

Does the European Union help leaders from different countries and backgrounds to reach peaceful solutions?

A century ago Europe kicked off a legacy of warfare. How did Europe achieve lasting peace after two World Wars?

The European Union helped to create a grand European Peace.

65 years of peace after endless violent wars - Is this the true legacy of the EU?

Compromises from Brussels can prove unsatisfactory, but it beats Europe’s past penchant for bloody wars.

We should marvel at the lasting peace Europe has achieved.

Does the European Union help leaders from different countries and backgrounds to reach peaceful solutions?

A century ago Europe kicked off a legacy of warfare. How did Europe achieve lasting peace after two World Wars?

The European Union helped to create a grand European Peace.

65 years of peace after endless violent wars - Is this the true legacy of the EU?