Can India be a global power when it can’t guarantee its own food security?

By Jean-Pierre Lehmann and Nina Ninkovic 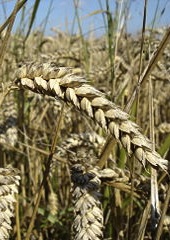 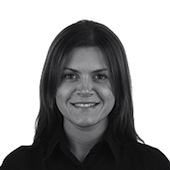 The turn of this century witnessed profound transformations in the global economy. Twenty years ago, the share of emerging economies in global GDP was 35%. In 2012, that share passed the 50% mark of a now even greater global GDP of $70 trillion.

Since 2008, the leading dynamic emerging economies have provided the main impetus to global growth. For international firms this is where the action is and profits to be made. That has become pretty axiomatic.

However, just as a new consensus is emerging, once again deep shifts may be occurring. What was described as the “Great Disruption” caused by the dynamism and high growth of leading emerging economies may be followed by what The Globalist’s Chief Economist, Uwe Bott, calls “the coming global economic ice age” as emerging markets cool off.

Certainly, there are major challenges ahead. This is especially true of the two giants, India and China, in respect to the interrelated issues of water, energy, environmental and food security.

In fact, they could have added “Malnourished India.” The food situation for a significant proportion of the population remains deplorable.

As elections loom, likely in spring 2014, the ruling Congress Party is planning to push through Parliament a populist “right-to-food” bill. That measure will not have any great impact. India’s food problems are too deeply entrenched.

To cite but one recent example that made world headlines: In July 2013, 22 children died from eating a school meal in Bihar. The poisoned food had been kept in containers previously used for insecticides by a company whose president is the husband of the school’s headmistress.

This is by no means an isolated incident, but is in fact quite routine. Health and safety facilities are dramatically lacking in much of India.

This facilities problem is incredibly dangerous, given estimates that 50% of Indian children under the age of five are malnourished and often must rely on these unsafe provisions.

Even when India was doing well in its GDP growth rate, it was doing very poorly in its HDI (human development indicators). The water, energy, environmental and food challenges are worsened by three deep problems that plague India: a very high level of corruption; a very low level of infrastructure, and fractious infighting among political parties.

India’s history is one of alternating periods of feast and famine. A resource rich country, referred to as “the land of plenty”, it also counts numerous famines throughout its history. These include famines during the period under British rule (1757-1947) — the 1943 Bengal famine having been one of the worst.

Since independence in 1947 there has fortunately been no major famine in India.

Significantly, there has been nothing comparable to the 30 million or more who perished from starvation during China’s tragic “Great Leap Forward” (1958-1961). However, while India may not be a starving country, large swathes of the population, especially children, are still malnourished.

India has the world’s highest percentage of arable land area and second largest in total (after the United States); it also ranks first in gross irrigated croplands. So how did it get to this point?

Food security is a multidimensional problem that goes beyond the physical shortage of food. According to the FAO (Food and Agricultural Organization), “Food security exists when all people, at all times, have physical, social and economic access to sufficient, safe and nutritious food which meets their dietary needs and food preferences for an active and healthy life.”

India produces enough food and has at its disposal enough arable land not only to feed its population, but also to export. It produces some of the largest volumes of food products. Yet millions live without two square meals per day.

In 2012, India was ranked 66th in the Global Hunger Index compiled by IFPRI (International Food Policy Research Institute). It is one of only three countries in Asia where the level of hunger is deemed “alarming”; the other two are Nepal (ranked 60th) and Bangladesh (ranked 68th).

India may be included in the “BRIC” category of high growth dynamic economies. However, insofar as feeding its population is concerned, India is in the exclusive company of LDCs (least developed countries, mainly in Sub-Saharan Africa).

Where is The Root of The Problem?

There are obviously many factors perpetuating food insecurity. A very major source of food insecurity in India is the lack of functioning public utilities.

For example, the Food Corporation of India holds more than 60 million metric tons of grain. This is not only sufficient to feed India’s population this year, but it is adequate for meeting next year’s requirements.

However, the daunting task for Indian policy makers is that storage facilities are inadequate. Granaries are filled beyond capacity and many are in deplorable condition.

Compounded by other infrastructural barriers such as insufficient road networks and transportation, food security becomes a real challenge. Such barriers cause massive wastage of food that could be used to feed the hungry. “Shining India” shines globally — and bizarrely — among countries with the highest rates of food wastage.

This results in India exporting a lot of its agricultural production. Taken on their own, grain exports are not negative per se. But this is a problem within the context of the hunger and deprivation at home.

Let’s consider the example of Punjab — one of the most prosperous states in India. Blessed with extremely fertile soil, Punjab, the “land of the five rivers,” is the bread-basket of India.

However, the central government in New Delhi has not provided adequate incentives and investments for the procurement and storage of food grains. Of the 14 million tons of wheat to be purchased by the state government’s food and civil supplies department, Punjab currently has space to store only 6 million tons.

This has resulted in the government looking for storage space in empty mills, abandoned factories and elsewhere. Meanwhile, its open silos are bursting with stored and slowly spoiling grain from the previous years.

Furthermore, only some states in the north experienced the Green Revolution — the introduction of high-yielding seeds, fertilizers, farming and irrigation mechanisms around 1968, which dramatically boosted crop yields. Elsewhere, agricultural production in India is still mostly done at a subsistence level. It is a way of life rather than a commercial activity.

This results from the fact that investments in boosting agricultural productivity across India have been minimal. The government focuses mostly on short-term benefits accrued from mismatched subsidy policies.

Subsidies given to the agricultural sector are another damaging feature. They distort market prices and further disorient a sector already full of inefficiencies and idiosyncrasies.

In fact, the stubborn inflationary trend of the broader Indian economy mostly stems from ineffective subsidies given to the agricultural sector. Instead of stabilizing prices, they have the opposite result of increasing the prices of food commodities, thereby making it unaffordable for many Indian citizens.

Indian agriculture also depends on its yearly monsoons. Poor rainfall not only causes fiscal burdens, but leads to other grave and tragic consequences.

Since monsoons are no longer regular due to climate change and water reservoirs are depleting or have become completely exhausted, farmers are forced to take loans — usually from informal sources — to hedge their losses in production.

If the subsequent harvesting year is also bad and the government is not efficient, the farmers will not earn any income and hence are not able to pay the loan back. In many cases, farmers are forced to sell their land.

The grimmest reflection of these individual catastrophes is the statistic that an estimated 17,500 farmers across India commit suicide every year.

Unready for the World Stage?

By 2030, India will be home to 1.6 billion people, which means overall demand for food will be much higher.

Furthermore, while there are many poor in India (roughly 60% of the population), there are also some very rich people, along with a rapidly rising middle class. Incomes have been rising by 7-8%. Hence there is greater demand not just for more food, but also for better quality food.

Due to urbanization and industrialization, arable land is becoming more limited and there is also pressure on water and energy.

India has a massive food problem, arising mainly from poor policies, infrastructure and corruption. Thus the question: can India aspire to be a global power while not providing sufficient food security to its own citizens?

Perhaps it is high time India put the national agricultural ox before the cart of being a major global power!

It is high time India put the national agricultural ox before the cart of being a major global power.

Slogans like "Shining India" and "Incredible India" must be balanced with "Malnourished India."

Even as India was doing well on its GDP growth rate, it was doing poorly on human development.

India's history is one of alternating periods of feast and famine.

India, Nepal and Bangladesh are the only countries in Asia where hunger levels are deemed "alarming."

India is the only BRIC nation in the company of Least Developed Countries in terms of hunger.

"Shining India" shines globally among countries with the highest rates of food wastage.

It is high time India put the national agricultural ox before the cart of being a major global power.

Slogans like "Shining India" and "Incredible India" must be balanced with "Malnourished India."

Even as India was doing well on its GDP growth rate, it was doing poorly on human development.

India's history is one of alternating periods of feast and famine.

India, Nepal and Bangladesh are the only countries in Asia where hunger levels are deemed "alarming."

India is the only BRIC nation in the company of Least Developed Countries in terms of hunger.

"Shining India" shines globally among countries with the highest rates of food wastage.