Press Freedom in the G-20

Which country in the G-20, after China and Saudi Arabia, have the worst records on press freedom? Is it Turkey, Russia, India or Mexico? 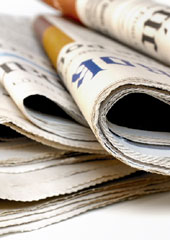 It is well-known that journalists are restricted in what they can write and report in Saudi Arabia and in China.

We wonder: Other than these two nations, which of the G-20 countries performs worst when it comes to freedom of the press?

In Reporters Without Borders’ 2013 Press Freedom Index, Turkey is ranked 154th of the 179 countries evaluated. That makes it the third-worst performer among the G-20 nations, after Saudi Arabia (163rd) and China (173rd).

As recently as 2006, Turkey ranked in the top 100 nations in terms of press freedom. It has fallen in recent years because of increasing political pressure on journalists, including the firing of reporters who have run afoul of the country’s powerful prime minister, Recep Tayyip Erdogan.

As the June 2013 protests in Istanbul’s Taksim Square and Gezi Park have made clear, Turks are engaged a serious struggle for their freedoms. Unfortunately, the country’s media largely avoided reporting on the initial protests — almost certainly out of fear of incurring the government’s disfavor.

Turkey also holds the dubious distinction of being the world’s biggest prison for journalists. Many of those who have been jailed had expressed views critical of the government’s handling of the Kurdish separatist movement.[/toggle]

Russia will host the G-20 Leaders’ Summit in St. Petersburg on September 5-6, 2013. The G-20’s membership consists of 19 of the world’s largest economies and the European Union.

Globally, Russia ranks 148th in terms of press freedom, making it the fifth-worst performer among the G-20 nations.

Since Vladimir Putin’s return to the presidency in May 2012, the repression of the media in Russia has been stepped up in response to a wave of opposition protests.

This response — which includes the re-criminalization of defamation and tighter control of the Internet — has created huge challenges for the freedom of information.

The country also stands out because of its systematic failure to punish, or even pursue, those who have attacked or murdered journalists.[/toggle]

Ranked 140th worldwide, India has now fallen behind countries such as Afghanistan (128th) and Zimbabwe (133rd) — hardly inspiring for a country that considers itself to be the world’s largest democracy.

The main causes for India’s recent decline are increasing impunity for violence against journalists and rising Internet censorship.

India’s press is also notorious for granting favorable coverage to individuals and companies willing to pay for it — a phenomenon known as “paid news.”

Reporters Without Borders’ annual Press Freedom Index measures the prevailing levels of hospitability and acceptance of governments toward the news media, including the bloggers and netizens who supplement the efforts of mainstream journalists.[/toggle]

Ranked 153rd worldwide, Mexico is the Western hemisphere’s most dangerous country for the media.

Mexican drug gangs have used brutal tactics to intimidate the journalists reporting on their activities. In the last ten years, 86 journalists have been killed — including six in 2012 — and 17 are missing.

By far the best performer among the poorer nations of the G-20 is South Africa, which is ranked 52nd worldwide. In the 2013 index, however, South Africa fell out of the top 50 countries for the first time. The reason is that investigative journalism has come under threat due to the government’s Protection of State Information Bill.

The United States, which is ranked 32nd worldwide, ranks fifth among G-20 nations, behind Germany, Canada, Australia and the United Kingdom.

Because threats to journalists can come from many sources (such as militias and gangs), governments need to play a strong role to assure the physical safety of the journalists.

But governments also need to provide a strong legal framework, backed up by a fair and independent judicial system, that allows journalists to perform their job without fear of legal reprisal.[/toggle]