The Silent Emergence of the Obama Doctrine 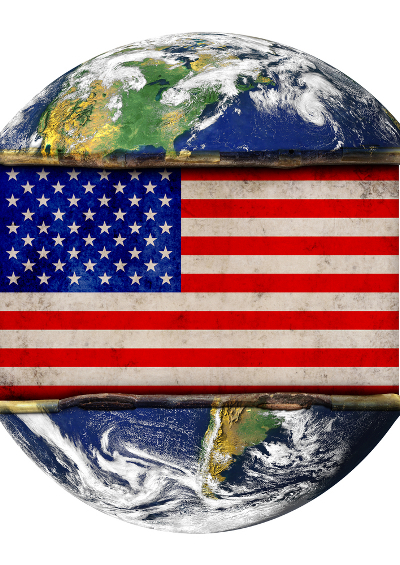 Now that Barack Obama has entered the twilight of his two-term presidency, the answer to one overriding question that has been asked for quite some time has finally emerged. We now know what the Obama Doctrine is.

Some people may be disappointed since it is not what is commonly understood as a “grand design.” But it is “grand” nevertheless, because it returns the United States to what is perhaps the proudest tradition of its founding, as far as the early international relations of the republic are concerned.

That was a period when President George Washington and the fledgling country in 1796 famously reached out to the rogue Barbary states of Algiers, Tripoli and Tunis with a Treaty of Peace and Friendship to negotiate an end to pirate raids on U.S. shipping.

And even slightly before its conclusion that same year, President George Washington, in his farewell address declining to seek a third term, had counseled the nation to seek many “commercial relations” with “foreign nations, but “to have with them as little political connection as possible.”

To see how this connects to the Obama Doctrine, just ask yourself this big picture question: What is the most fundamental strategic error that has profoundly handicapped modern U.S. foreign policy?

No, it’s not the 2003 invasion of Iraq, disastrous as that was. Rather, it is the singular ability of the policymaking apparatus of Washington, D.C.’s to turn what should be natural allies in key regions of the world into sworn enemies.

It is this utterly short-sighted and ultimately self-defeating stance, which has marred the entire post-war period of U.S. foreign policy, that President Obama is now trying to correct, step by step.

Let us first look at the Muslim world and ask yourself this question: Which nation in that wider region ought to be a natural ally of the United States — especially concerning the population’s dynamism, preferences and sensibilities?

The country whose people in many ways most resemble those of the United States surely isn’t Saudi Arabia. The oil-rich kingdom has just about the most retrograde, archaic structure of society – and not just in that region.

Never mind that Saudi Arabia has about the highest degree of suppressing women’s rights, certainly considering the national income level.

The U.S.’s natural partner in the region also isn’t Iraq or Afghanistan, even though the United States has gone to great lengths – in terms of blood and treasure, as well as sheer diplomatic, military and policymaking capacity – to make these two countries allies after 2001/3.

Next, ask yourself the same question about the Far East. Which nation there, not least in terms of the entrepreneurialism, dynamism and general friendliness of its people, seems most like the United States?

It is assuredly not hyper-rigid Japan, whose current leader wants his country to behave more assertively in the military sphere. Mr. Abe’s intentions have even triggered the unprecedented step of the Emperor of Japan choosing to speak up in public, counseling against this initiative.

It isn’t South Korea either, despite all the progress that country has made over the past three decades since the transition to democracy began.

How about asking the same question about Latin America? Over the past century, U.S. governments of various political stripes, always eager to fight communism, sidled up to the military dictators of just about every Latin American country.

But the social structures of many of those countries, whether in Central America or South America, shared next to none of the positive attributes of the United States, such as openness, flexibility, pragmatism or gender equality.

The perplexing answer to the three questions above is:

– Iran for the Muslim world
– Vietnam in Southeast Asia and
– Cuba in Latin America.

Tourists from the United States no longer have a hard time visiting Cuba, which may turn out to be a precursor of what may unfold with Iran.

It used to be that way with Vietnam too, but not any longer. Almost 20 years after then-U.S. President Bill Clinton announced the formal normalization of diplomatic relations with Vietnam in July 1995, practically anybody who wants to set foot in Vietnam can do so.

Vietnam even offers visa-free travel for citizens of many countries now. And anybody who arrives almost immediately feels taken by the vibrancy as well as the hustle and bustle that shapes this Asian society. Always friendly, always busy – that could be the national motto of Vietnam.

Beyond this shared hard-working, can-do attitude, Vietnam also has a long history of resisting outside domination. Ho Chi Minh drew great inspiration from the American Founding Fathers – perhaps equal to the inspiration he took from Marx.

And in his fight for national liberation, he sought, unsuccessfully as we now know, to build ties with the Americans during and just after World War II, seeing common ground in the story of U.S. independence.

Which raises a simple question: What act of benightedness did it take for the United States to go to war with such a nation?

Half a century after the intensification of U.S. military activities in that country, nobody can really explain why with any sense of logic or certainty. It just didn’t make sense.

If successive U.S. governments at the time had not fallen for crude anti-communism, they would have kept their nation’s powder dry. That would have been the wise course of action.

The curious case of Cuba

Cuba is no different. Fidel Castro had very good reasons to rise up against the dirty cabal of the American mafia and Cuba’s feudal landlords that had a chokehold over the population at large.

It is well known that Fidel’s natural inclination was to turn to the first nation in the Americas that, in modern time, had managed to shake off the bonds of oppression by a foreign power.

What Castro did to his in-country oppressor was in many ways the same thing which the emerging United States had done to its overseas king — George III — in its own founding period. Moreover, the United States had had close ties with Cuba for at least a century.

Only when Castro found himself not just cold-shouldered, but the target of an invasion did he turn in earnest to the Soviet Union, as a kind of substitute pal. The consequences of that turn are well-known.

But the “birthing” condition that motivated that turn should be equally well-known and is not. The contemporary desperation over the United States opting against a leader keen on national liberation has been forgotten.

The dark part of the U.S. power structure — intelligence agencies collaborating with criminal elements and shady business people — simply proved too tight-knit a network for the U.S. government to choose an enlightened course of action.

And finally, and most puzzlingly, Iran. For all the power of the Ayatollahs and Iran’s Revolutionary Guards, there is no other country in the Muslim world where young people (especially women) so resemble U.S.-style preferences, priorities and practices.

And yet, as if to make sure there is method to the American madness, Iran is the one nation in the region that has consistently been considered the U.S.’s persona non grata in the past 35 years.

Meanwhile, Saudi Arabia, the chief instigator monetarily and religiously of much of the ISIS/Qaeda-related, anarchic terrorism that is tearing the region apart, gets a free pass.

Owing to its peculiar inability to think in historic contexts, from the vantage point of the United States, the bilateral history with Iran begins only in 1979, with the seizing of the U.S. Embassy in Tehran.

That event is shrouded in mystery, considered a sacred insult, as if nothing could possibly explain Iran’s grudge. Such as being the oppressive Shah’s best buddy.

The “nothing before 1979” school of thought also very conveniently absolves the United States from its disastrous role in the toppling of Mossadegh, the Iranian prime minister in the early 1950s.

He was replaced by a then smooth-looking, but soon brutally acting, U.S.-backed Shah. And what about Mossadegh’s chief vice? He had wanted to make sure his country would get its fair share from the oil revenues being extracted by Western companies. It was his peaceful Boston Tea Party.

The CIA – often as much the business arm as the enforcement arm of the U.S. government — didn’t think that was acceptable. It chose to protect U.S. oil interests over the legitimate aspirations of the Iranian people.

Small wonder then that the Iranian people should react badly when they finally reached what they expected to be the moment of self-determination in 1979.

Repeated later olive branches from Iran, particularly after it matured out of its revolutionary fervor, have nevertheless been slapped down.

It is this entire context which needs to be kept in mind now that serious moves are happening to begin normalizing relations with both Cuba and Iran.

Two decades after President Bill Clinton’s opening gambit with Vietnam, President Obama — with his deals with Cuba and Iran — is now laying the groundwork to end the other two parts of the U.S.’s most curious foreign policy strategy.

Traveling in Washington’s footsteps to an appreciable degree, Obama is keen on turning these nations away what from being mortal enemies and finally converting them into what they ought to be — natural allies.

That will take time, but Obama has methodically used his two terms in the White House to put this tough project in motion.

While the job is not quite completed yet — and Obama has some more time left in office — at least he has turned the corner on the disastrous legacy of those previous acts of extreme shortsighted-ness, if not outright strategic idiocy, that have remained in place in the United States for far too long.

Faced with this (silent) arrival of the Obama Doctrine, that is a turn of events — and a potential legacy for Obama — which the anti-Cuba and anti-Iran lobby in the U.S. Congress, both fearing the loss of their respective cause célèbre, will try to prevent as best they can. Even they must know better by now.

Why would the United States choose to turn its natural allies in the world into mortal enemies?

The US often finds itself opposite the nation that should be its most natural ally in any given region.

Vietnam, Cuba, Iran all might have shored the US up in alliance had the superpower played its cards differently.

Could the US have turned mortal enemies into dear friends? The US feels modern effects of Cold War Foreign policy.

Every nation needs allies. Did the US pick the wrong ones?

The disastrous legacy of Cold War foreign policy decisions remain with the United States to this very day.

Why would the United States choose to turn its natural allies in the world into mortal enemies?

The US often finds itself opposite the nation that should be its most natural ally in any given region.

Vietnam, Cuba, Iran all might have shored the US up in alliance had the superpower played its cards differently.

Could the US have turned mortal enemies into dear friends? The US feels modern effects of Cold War Foreign policy.

Every nation needs allies. Did the US pick the wrong ones?

The disastrous legacy of Cold War foreign policy decisions remain with the United States to this very day.