Can you hear them laugh from Beijing and Moscow? 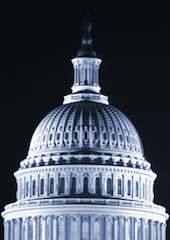 The powers in Moscow and Beijing are all keenly following developments in the United States. Now that President Obama has opted for Congressional sanctification of his planned military move, what is in question is nothing less than the democratic character of decision-making in the United States.

Opinion polls, which currently show as many as 6 in 10 Americans opposed to military action against Syria — with one poll showing 70% opposition even to arming rebels — are unlikely to budge. Given that, all the feverish efforts to obtain a positive vote in the two houses of Congress are taking on a new dimension.

Congressional leaders are keen to whip their members into shape. But that does not distract for one single moment from the fact that the U.S. leadership, even if successful in Washington’s chambers, in all likelihood is going to act against the will of the American people.

Imagine the moment of triumph that this will trigger in the halls of power in China and Russia. All the endless American haranguing about “democracy” and the importance of regarding “the will of the people” will be described as empty and self-serving rhetoric.

It will be characterized as valid only for when the affairs of other peoples are concerned, not those of the American nation. In that latter case, it would constitute — can you believe it — interference in America’s domestic political affairs.

Of course, there is always the fine distinction between direct and representative democracy. If a majority of the members of Congress were to vote in favor, that would constitute legitimacy under the rules of democracy.

But that wouldn’t keep those nations less enamored by the concept of democracy from doing their utmost to point to the fundamental disregard which America’s leaders have for the free will of their own people.

In short, the Syria chemical weapons affair keeps providing the world with ever new curiosities — far beyond what the United States expected and hoped for.

It was supposed to be a slam-dunk affair. Instead, it is increasingly turning into a series of own goals. Unfortunately, too many Americans are still not familiar enough with the world’s leading sport — football (not American football) — to note the significance of that.

Congress may OK #Syria action that most in the US oppose. Chinese & Russian leaders are sure to trumpet the irony.

Congress may OK #Syria action that most in the US oppose. Chinese & Russian leaders are sure to trumpet the irony.