The End of Corruption?

How will curbing corrupt practices spur economic growth in the developing world?

How will curbing corrupt practices spur economic growth in the developing world? 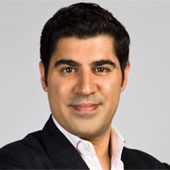 In a memorable scene from the Hollywood thriller Syriana, an American oil executive is outraged at being indicted for paying for the private school tuition for the son of a Kazakh government official in exchange for a lucrative energy contract. Flailing his arms and stomping his feet, he whines incredulously, “Corruption is what keeps us warm at night! Corruption is how we win!”

It’s easy to point to several high-profile cases of mega-corporations handing over briefcases of cash to government officials and declare all companies corrupt, but corruption is a two-way street. Corruption is as much a fact of life as birth and death, and almost requires no definition. You know it when you see it.

In countries from Nigeria to India, the more ministers there are, the more corruption there is. The U.S. Foreign Corrupt Practices Act of 1977 (FCPA) has diminished American firms’ ability to bribe foreign leaders, but it hardly stops anyone else. In a world desperately driven by profit at all costs, can shame curb this most universal social disease?

Enter Peter Eigen, a German lawyer with the audacity to take money from the world’s governments and multinational corporations and then shame them for their misdeeds. After 25 years running World Bank programs in Latin America and Africa, it comes as no surprise that in 1993 Eigen founded Transparency International (TI).

TI is a Berlin-based NGO perpetually collecting data from media outlets, businesses, governments and civic groups that are compiled into its highly visible Corruption Perceptions Index report. The report is the gold-standard in the naming — and shaming — of countries.

TI today remains so unimpeachable in its own credibility that it also bestows an annual Integrity Award, which in 2008 went to Guardian journalist David Leigh for uncovering British Aerospace Systems’ murky weapons deal with Saudi Arabia — an issue Tony Blair would have preferred to sweep under the rug.

Eigen’s formative experiences with the World Bank taught him that discussing corruption as an external official has little impact. Rather, TI needed to work from the bottom-up to support local anti-corruption groups and accredit them as its national chapters. From Nigeria to Cambodia, TI has also established websites for whistle-blowers to confidentially feed information.

Such high-quality and real-time data becomes an important signal to investors as well — meaning when a country’s ranking falls, it needs to explain itself to those who hold the purse-strings.

It was the head of TI’s Kenya chapter, John Githongo, who upon becoming the country’s ethics and governance investigator uncovered one of Africa’s greatest looting schemes by Kenyan ministers. He then fled into exile in London to expose the charade — all while Kenya earned top marks from bilateral donors and the United Nations.

Nothing holds a country back like audacious and endemic corruption, which eviscerates any efforts to provide public welfare. Anti-corruption efforts like those of TI are therefore a vital public service. But TI no longer works alone.

Under its umbrella, companies such as mobile phone supplier Alcatel have preached reduced corruption from South Africa to Russia as a way to save money and gain a more predictable business environment.

After being exposed for paying over more than $1 billion in bribes in ten countries to gain preferential contracts, the engineering conglomerate Siemens agreed to spend $100 million on such anti-corruption training and education programs in emerging markets.

The opportunities for corruption only grow — not recede — as many countries climb the development ladder and democratize. In Indonesia, local and provincial authorities have gained more and more autonomy from the central government — and everyone wants a piece of the action on oil and gas or mining deals.

Indonesia’s government can’t force Sumatran politicians to abide by global standards of transparency and fair play — not that it would anyway. Instead, one has to go inside the companies making investments to coach them in how to not cut corners.

This is what AccountAbility does. A British non-profit founded in 1996, AccountAbility digs deep into its clients’ strategies culture to embed sustainable practices in a manner invulnerable to market whims and local conditions.

Its experts go on-site with leaders and staff, mentoring from top to bottom, pushing tangible change from within. By working with the leadership of some of the largest companies, including Nike and Nissan, it kicks off a process of strategic sustainability that ripples through massive supply chains.

But AccountAbility is more than a corporate watch-dog. Its Global Accountability Report evaluates UN agencies, development banks and NGOs as well — all of whom have plenty of room to improve on measures such as whether their members control their budgets, and how consultative they are with other stakeholders. Democracy cannot solve these problems, but collaborative governance can.

This means leveraging private investment to build transport infrastructure and make water management more efficient, but in the context of partnerships where businesses and governments recognize mutual obligations and monitor each other.

Make no mistake: Corruption was not a big diplomatic issue between governments and companies before Transparency International and AccountAbility came along. It was TI that lobbied actively for the OECD Anti-Bribery Convention and the UN Convention Against Corruption — and to close loopholes in both.

Now transparency has become a buzzword at both the IMF and the World Bank. The U.S. Millennium Challenge Account uses TI criteria in determining which countries will receive American aid. Corruption is now on the diplomatic agenda, and diplomacy will be more effective as a result.

Editor’s Note: This is an excerpt from Parag Khanna’s book, “How to Run the World,” published by Random House on January 11, 2011. Copyright 2010 Parag Khanna. Reprinted with permission of the author.

Corruption was not a big diplomatic issue between governments and companies before Transparency International and AccountAbility came along.

Democracy cannot solve the problems of corruption, but collaborative governance can, where businesses and governments recognize mutual obligations and monitor each other.

The opportunities for corruption only grow — not recede — as many countries climb the development ladder and democratize.

Corruption was not a big diplomatic issue between governments and companies before Transparency International and AccountAbility came along.

Democracy cannot solve the problems of corruption, but collaborative governance can, where businesses and governments recognize mutual obligations and monitor each other.

The opportunities for corruption only grow — not recede — as many countries climb the development ladder and democratize.