The End of Turkey’s Europeanization?

Is the EU still instrumental to Turkey’s modernization? 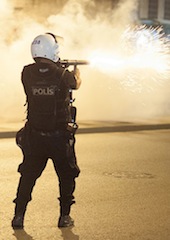 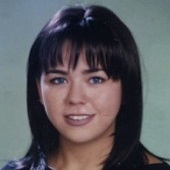 Tuba Eldem is an analyst of security affairs and Turkish politics.

Turkey and Europe seem to be on a collision course quite independent of recent protests in Istanbul and beyond.

It is also troubling with regard to Turkey’s losing its democratization-cum-Europeanization momentum.

The SCO, consisting of China and the Former Soviet Republics (Russia, Kazakhstan, Kyrgyzstan, Tajikistan and Uzbekistan), was, after all, formed in 2001 with the strategic aim of counter-balancing “Western agenda” in Central Asia.

Criticizing the EU’s resistance towards Turkey, Erdogan told Russian Prime Minister Vladimir Putin in July 2012 that if Turkey is accepted as a full member to the SCO, Turkey will “forget about the EU.”

A few months later, on a talk-show program on Kanal24, Erdogan reiterated Turkey’s intention to join the organization.

Foreign Minister Ahmet Davutoglu, recently stated that: “If our path towards the EU clears, we will continue forward with our strategic goals; if not, they will go their way and we ours. We will then see in which direction everyone has gone.”

Throughout 2011 and 2012, Turkey’s accession negotiations with the EU remained in a “virtual political and technical stalemate.”

No new accession chapters have been opened since June 2010 and very little progress achieved within the 13 of the 35 chapters that were already under negotiation.

On June 25, 2013, EU foreign ministers postponed opening of new chapters with Turkey for about four months due to Turkey’s handling of nation-wide protests that began in May in Istanbul against redevelopment of Gezi Park in Taksim Square.

A delay in further EU membership talks with Turkey — and Chancellor Merkel’s preference for a “privileged partnership” over full membership —have raised new doubts about whether the country would ever be admitted to the European Union.

As of spring 2013, the EU’s mechanisms of conditionality and normative pressure remain inefficient to foster Turkey’s democratization.

Although the EU was effective in triggering reform in the key area of civil-military relations, its success in democracy promotion overall is at best mixed.

The Turkish parliament is generally quite weak, unable to hold the executive accountable and shape policy-making due to the strong parliamentary majority of the leading party.

The 10% electoral threshold required for representation in the Turkish parliament is not only the highest threshold in any Council of Europe member state, it also hinders effective translation of public preferences into the political arena.

Moreover, civic and political rights, such as protection of privacy and the freedoms of expression and association, are weakly enforced in Turkey.

In addition to journalists, an unprecedented number of Turkish academics, publishers, politicians, students and military officers face prosecution under the questionable anti-terror law.

According to reports by the Human Rights Association and Human Rights Foundation of Turkey, 1,088 individuals faced prosecution under this law by the end of 2012.

Despite these detainments and prosecutions of those deemed threatening by the government, there has been no effective political or legal action to hold accountable the perpetrators of the Uludere incident of December 2011, when a Turkish air strike on Kurdish civilians left 34 dead, including 19 children.

Further exemplifying Turkey’s democratic weaknesses, although the law theoretically provides for freedom of assembly, association and demonstration, in 2012 police detained a total of 6,529 demonstrators and arrested 1,831 of them.

Four demonstrators lost their lives and 555 of them were wounded because of tear gas and police brutality.

During the recent demonstrations that began on May 28 in Istanbul’s Taksim square and then spiraled into 79 of 81 Turkish cities, at least 7,500 people were injured and three protestors were died because of the disproportionate use of the police force.

By June 15, over 11,000 people had been treated for tear gas exposure, and nearly 800 for injuries caused by tear gas cartridges.

As videotaped by citizens’ mobile phones, Turkish police disguised their ID numbers during their clashes with the protestors in Ankara and Istanbul.

Some 4,900 protesters were detained; some only because of their tweets and posts on Facebook (Turkish language article). More than 60 lawyers who protested against the unprecedented detentions at the Caglayan Court House were also detained on June 11.

According to human rights organizations the Turkish government’s “zero tolerance of torture” policy is merely rhetorical.

As has become very clear in recent weeks, the media has lost its independence and function as a critical watchdog.

The government manipulates the Turkish media by various means. These include using the selective allocation of state advertising and other tools, such as the manipulation of debts and taxes owed by media outlets and restrictive press laws that facilitate the prosecution of independent and opposition journalists.

Several large holding companies that own news businesses in the country are concerned over losing business opportunities, if their journalists write articles that are critical of the government.

The AK Party’s lack of willingness to engage the opposition in a genuine dialog regarding important matters of constitutional change is also very troubling. After all, individual rights and identity issues are important for democratic consolidation.

Even optimists admit that, “under the AKP, Turkey is still not a liberal democracy, despite the pattern of multiparty elections.”

It is no surprise then, that Turkey continues to be the only country in the Western European region that fails to rank as free by the Freedom House.

Against this backdrop of the AKP’s growing authoritarian tendencies, the 2014 presidential elections and Prime Minister Erdogan’s determination to transform Turkey’s parliamentary regime into a presidential one without strong checks and balances clearly pose problems for Turkey’s democratic regime and political stability.

If the European Union truly wants to foster democracy and order in Turkey, it should engage more sincerely in the promotion of liberal democratic norms and practices in general.

This should include, but not be limited to ensuring judicial independence and protecting freedom of expression, association and demonstration.

Strict and evenly applied conditionality regarding reform in these areas, tied to the credible prospect of EU membership could help prevent Turkey from falling into the trap of “competitive authoritarianism” in the midst of turmoil and uncertainty in the broader Middle East.

Editor’s note: A longer version of this article appeared in the Spring 2013 edition of Turkish Policy Quarterly.

Tuba Eldem is an analyst of security affairs and Turkish politics.

The U.S. as a Global Risk Generator