The New Globalists: Baptized by Fire in Brazil

What products are shaking up Brazil’s young consumer lifestyles? 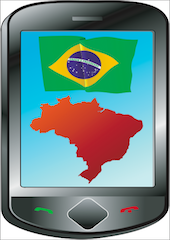 Part six of a seven part series. Return to the beginning or part five.

Philippe was born in 1997, one year before Brazil had to opt for a $41.5 billion bailout by the International Monetary Fund (IMF).

It was an inauspicious start to life for Philippe — but one he can’t relate to, given the growth trajectory of Brazil since the financial crisis of the late 1990s.

Meanwhile, Brazil’s stock of inward foreign direct investment has soared over the past decade, from $17 billion to $66 billion. The surge in investment has helped create jobs, boost incomes, expand exports and drive the earnings of many Brazilian firms, notably commodity-related firms.

Political stability and prudent macroeconomic policies have helped underwrite all of the above. These two factors have not only vastly improved the investment backdrop in South America’s largest economy but also have elevated Brazil’s standing in the global economic hierarchy.

Brazil is one of the four BRIC (Brazil, Russia, India and China) nations, bestowing a certain level of international prestige on Brazil that Philippe’s parents never thought possible. Their memories of growing up include military dictatorships, mass unemployment, hyperinflation and, in general, enduring economic hardships.

But the family’s fortunes have risen along with Brazil’s. Not only middle-class trappings but also many luxury items have become the norm for Philippe’s family over the past decade — think international travel and a time share in Miami, the family’s favorite vacation destination.

Philippe loves the family’s new car — a high-end BMW that his father purchased last year, just one of 3.5 million cars sold in Brazil in 2012, helping to make Brazil the fourth-largest automobile market in the world.

For his birthday, Philippe wanted and received a smartphone and he now spends hours tooling around the Internet like many other Brazilians.

Speaking of the Internet, about 40% of Brazilians have access, a higher proportion than in China. In terms of mobile phones, Brazil has more than one mobile subscription per person, higher than even the U.S.

Another market segment attractive to many Brazilians is cosmetics or beauty and personal care products, with Brazil set to surpass Japan as the second-largest market in the world in the not-too-distant future. In 2011, Brazil spent a whopping $43 billion on skin potions and lotions, well above China’s $27.7 billion in sales.

In general, Philippe’s entire life has been about rising affluence and he is not alone. Roughly 43% of Brazil’s population is under 24 years of age and for the majority of these folks, times have never been better.

To this point, since Philippe was born in 1997, personal consumption expenditures in Brazil have nearly tripled, totaling a record $1.5 trillion in 2011. That figure is greater than most levels of the developed nations, including Italy, Spain, Australia and Canada.

Of the developing nations, only Chinese consumers spend more on personal items than Brazil. Such is the growing consumption power of Brazil, a fact not lost on many multinationals.

There is one area, however, where Brazil tops China, and that is in the growth of social media. Brazil’s love for talking with family and friends, juxtaposed against China’s media restrictions, has made the South American nation the second-largest market in the world for Facebook. With about 65 million users in Brazil, the country is second only to the United States.

Meanwhile, Brazil is also the second-largest market in the world (after the United States) for YouTube, with the nation one of YouTube’s top five markets by revenue. The same applies to Twitter, with the company reporting that Brazil is one of its top-five active user groups.

Brazilians are spending more time not only on Facebook and YouTube but also online generally. That means more e-commerce in Brazil, more demand for online ads and a host of many other related activities that will make Brazil one of the largest and fastest-growing “e-economies” in the world over the next few years.

These dynamics, combined with the hyper-connectivity of Philippe and millions like him, have already turned Brazil into the fourth-largest market in the world for electronics and appliances.

Middle-class trappings and even luxury items have become the norm for many Brazilians over the past decade.

Philippe's entire life has been about rising affluence and he is not alone.

The connectivity of millions of youth made Brazil the 4th largest electronics & appliances market globally.

Middle-class trappings and even luxury items have become the norm for many Brazilians over the past decade.

Philippe's entire life has been about rising affluence and he is not alone.

The connectivity of millions of youth made Brazil the 4th largest electronics & appliances market globally.

The New Globalists: The Rise of Africa